Last week's Goldenport meeting was the first round of the season in which a Citroen driver failed to achieve a victory, but the C-Elysees returned to their regular dominance at Shanghai, occupying four of the top six positions in practice one and four of the top five places in the second session.

Lopez holds a commanding 66-point lead in the drivers' standings with only three events remaining, and said he will be managing the risks this weekend in an attempt to clinch the championship before the notoriously unpredictable Macau finale.

"Even if it didn't look like it, already in Beijing I took my margins when overtaking," said Lopez. "I didn't risk as maybe I did in [the Argentinean round at] Termas or other races. But my mentality is going to be the same, which is to try to give my best." 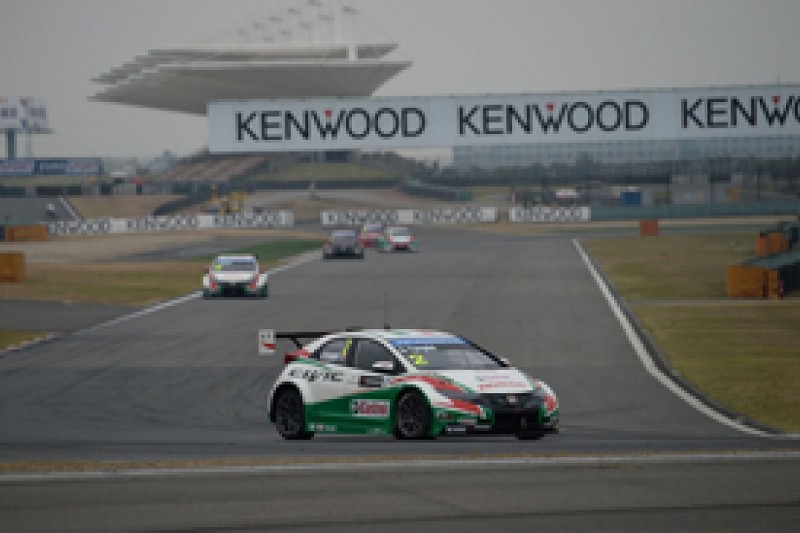 Mehdi Bennani surprised in practice two as he claimed top-Honda honours in fourth place ahead of Muller.

Beijing Goldenport winner Tom Chilton complained of a severe lack of straightline speed in the final sector during testing on Friday, but the Briton made a marked improvement in practice one to take seventh.

Valente's team-mate Dusan Borkovic damaged a front-right wheel-arch during a spin during first practice. The Serbian had failed to complete a lap on Friday after his Cruze suffered a steering-pump failure, possibly related to a heavy shunt at Goldenport.