The nine time World Rally champion beat compatriot and team-mate Yvan Muller to pole by just over one tenth of a second in the top five shootout.

While Citroen dominated most of the three qualifying segments, Chilton impressed in the battle to get into the top five shootout, placing his Cruze between Muller and Loeb for third in Q2.

Lopez had struggled for pace in the earlier sessions but unlocked the speed at the right moment to top that segment.

Loeb was closest to matching Lopez's pace, falling short by just 0.019s as just two tenths covered the quintet making it through.

Those narrow margins continued into the shootout.

Ma was first out in final qualifying but his place at the top lasted minutes as Muller moved clear by 0.239s to lead after two of the five cars' laps.

Loeb's time of 1m29.245s was then enough to set him just one tenth ahead of Muller, drawing applause from his nearest rival.

Lopez failed to beat his team-mates and took third behind the French pairing for Sunday's first race, lapping just 0.008s shy of Muller. 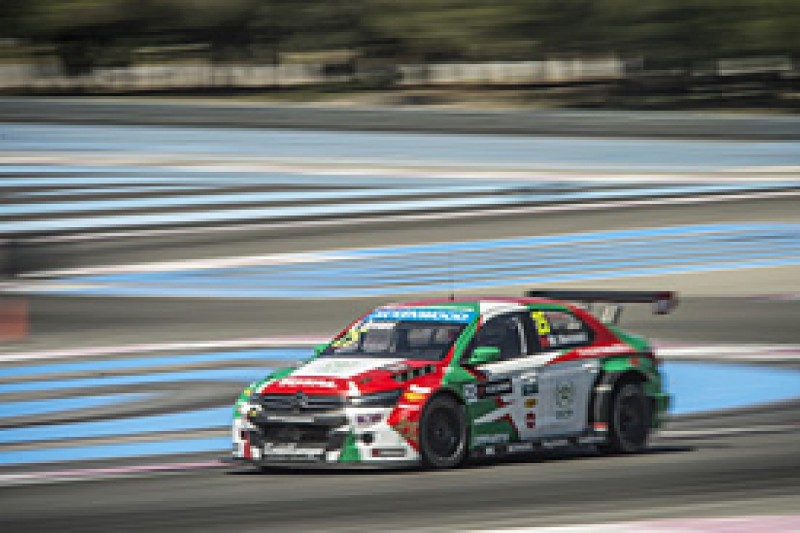 His crucial 10th place in Q2 looked like it might come under threat from Gregoire Demoustier and Nicky Catsburg before late problems for both.

The unpredictability of the practice sessions had flowed into Q1 as Tom Coronel's free practice two pace deserted him and he missed the cut, as did works Honda driver Gabriele Tarquini.

Also out early was Rob Huff, whose Lada Vesta's brake line failed and forced him into the barrier.

He would finish in 16th ahead of Rickard Rydell and John Filippi, behind Coronel, Tarquini and Stefano D'Aste.