Michelisz offered the factory Honda team some respite after its exclusion from the previous round in China with his third pole position of the season by 0.370 seconds from Volvo's Nicky Catsburg, at Honda's home round.

The pair had looked favourites in an exclusive Honda-Volvo pole position shootout session at the end of qualifying; Catsburg topped the opening two sessions, albeit once Michelisz had abandoned any further running after his initial efforts in both Q1 and Q2 proved enough to seal his passage to the next stage.

Michelisz was more than half a second up on Nestor Girolami's previous benchmark time through the first sector of his shootout lap and gained further ground in sectors two or three.

Although he forfeited more than half a second in the final sector, Michelisz still completed his lap in a time of 2m08.890s that left him 0.934 seconds clear of the chasing pack - which proved enough to clinch pole after Catsburg's relative struggles through the opening couple of sectors of his run.

Catsburg went fastest of all through the final sector in his Volvo S60 Polestar, but it was not enough to displace Michelisz who claimed the additional five points for pole position.

Dutchman Catsburg was still a comfortable second, more than half a second clear of team-mate Girolami.

Making a stand-in appearance for the Honda outfit in place of the absent Tiago Monteiro, Esteban Guerrieri qualified fourth.

Ryo Michigami - on his first appearance in the third part of qualifying in the WTCC - was fifth in the third works Honda Civic.

Girolami's place in the final part of qualifying came at the expense of team-mate and championship leader Thed Bjork.

Bjork had held the crucial fifth place after the 10 minutes of Q2 had elapsed and even improved to fourth after the chequered flag, but was bumped back by improvements from Argentinian pair Guerrieri and Girolami and will start the main race from sixth.

That also means Bjork scores no bonus points, awarded to those who qualify in the top five. 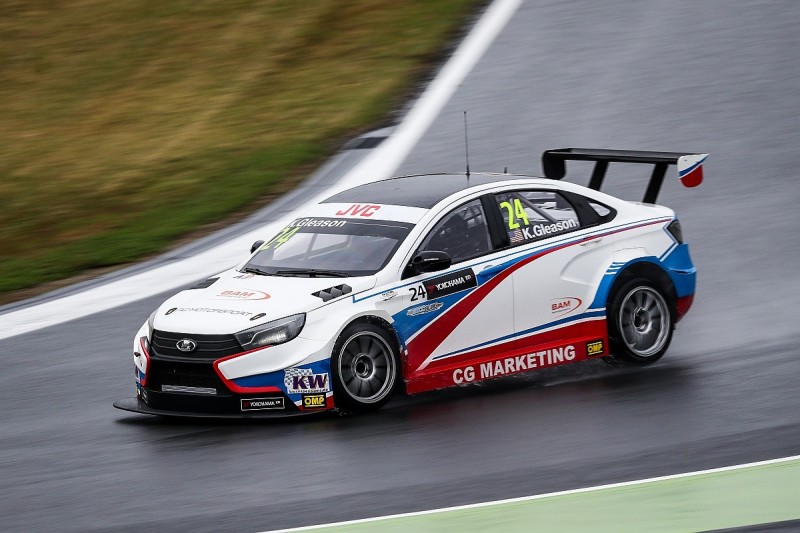 Kevin Gleason will start the opening reversed-grid race from pole in his Lada Vesta after pipping the Zengo Motorsport Civic of Daniel Nagy for 10th in the second part of qualifying by 0.005s.

Rob Huff was a shock casualty from the first segment of qualifying, managing only the 13th fastest time in Q1.

Munnich Motorsport driver Huff had dragged his C-Elysee up to ninth within the final five minutes of the session, but he was soon bumped down to 14th by a raft of improvements.

Although Huff found time on his final run, Nagy's earlier effort to leap to 10th meant Huff was the fastest man eliminated from Q1 with a best time of 2m11.879s, a full 2.357s away from the session best.

Honda claimed its second win of the season in the MAC3 time trial after qualifying.

Michelisz, Guerrieri and Michigami completed their two-lap run in a time of 4m25.354s, which was 2.526s faster than the Bjork-Catsburg-Girolami train - six time winners so far this season for Volvo - could manage over their two laps.