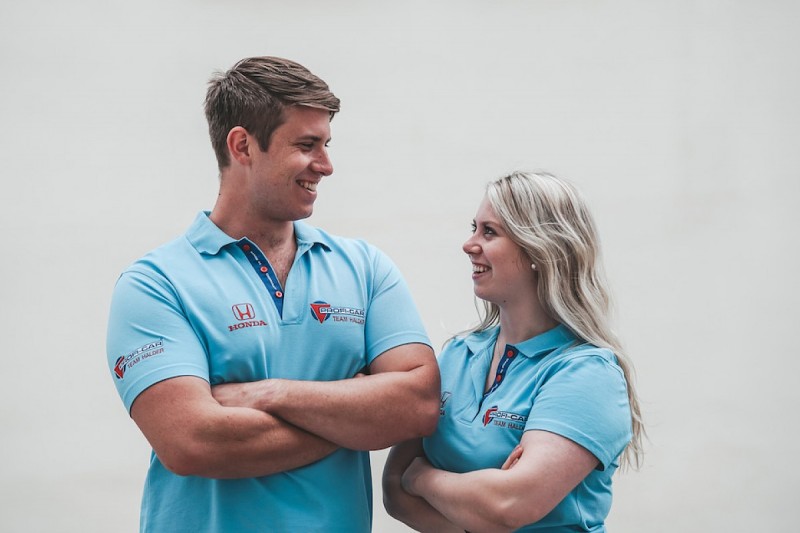 The German siblings plan to drive Goodyear-equipped Honda Civic Type R TCRs to contest a full-season of the world's top TCR touring car category for their family squad Team Halder, should they secure the necessary funding.

If the plans come to fruition, Michelle Halder would become the first female driver to race in WTCR.

The Halders would also be eligible for the FIA WTCR Junior Driver Title, plus the WTCR Trophy owing to their status as independent racers.

Michelle Halder would also be a contender for the FIA WTCR Female Driver Title, which is being introduced for 2021 to highlight the participation of women drivers.

The 21-year-old is a winner in TCR Europe having tasted success at Zolder last season while driving for the family team.

Brother, Mike, who is three years older, finished fourth in the series, recording two wins and a further two podiums.

He has also scored race wins in TCR Germany finishing fourth overall in the 2018 and 2019 campaigns.

Stepping up to WTCR will be the pair's biggest challenge yet of their fledgling touring car careers.

"The aim is to drive the whole season with my brother in the WTCR," said Michelle Halder.

"At the moment it's difficult because of COVID-19 affecting sponsorship but we are working on it and we hope we can be in WTCR.

"WTCR is a dream come true because to drive against the best touring car drivers in the world would be really, really fantastic.

"There are many tracks we don't know so it's going to be a season to learn, but I hope we can make some great progress and get as much experience as we can."

The 2021 WTCR season is set to to commence in June after organisers confirmed plans to delay the season last week due to the ongoing COVID-19 pandemic.

It would present familiar territory for the Halders to begin their WTCR campaign.

"It's an incredible track and of course it would be nice to drive at one of the tracks we know," said Michelle Halder. "I hope it will be possible for us to be there."