It is the Briton's first WTCC pole position since the Sonoma round last year.

After struggling in damp conditions in practice on Saturday, the privateer Chevy runners found an upturn in performance in dry qualifying.

Chilton was fifth fastest, and the final runner to make the Q3 cut, in the second part of qualifying, before producing an exceptional lap of 1m04.321s in the single-lap Q3 shootout.

"I thought I had made a mistake at the hairpin in Q3. I turned in too early." said Chilton.

"Yesterday our car wasn't good in greasy conditions, but maybe also it is the circuit that has more grip than we thought it had.

"Down the straight I had another gear compared to yesterday. Comparing coming out of the hairpin, whereas before it was very progressive on the throttle, today I could almost floor the throttle on maximum lock."

Despite confessing to a small mistake on the last sector in Q3, Gabriele Tarquini finished second fastest for Honda, just 0.032 seconds behind Chilton.

Hungaroring winner Gianni Morbidelli confirmed the potential of the Cruze, which received a development upgrade by car builder RML prior to China, by taking fifth. 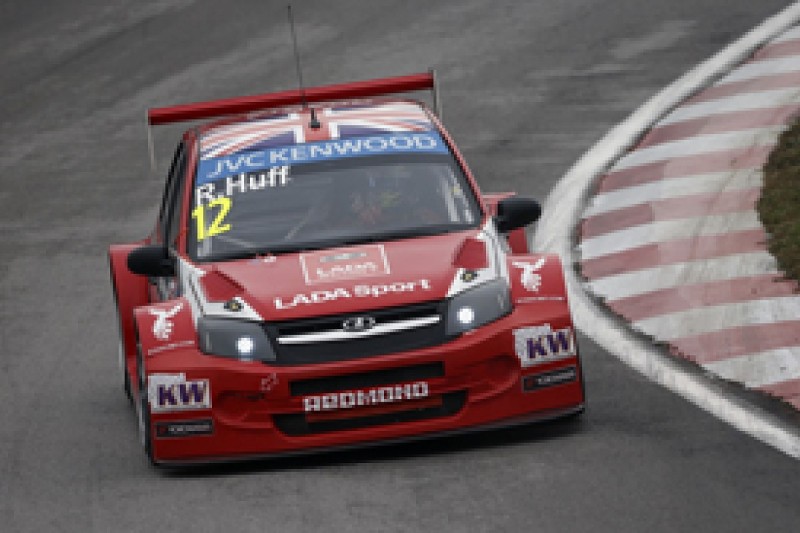 In a good morning for Lada, 2012 champion Rob Huff (pictured) picked up the reversed-grid pole position for race two.

Consistently fastest throughout Saturday and in Q1, Tiago Monteiro was unable to fully explain his eventual 11th position.

Honda's Civic WTCC received an engine upgrade and boost from a homologation joker played in the run-up to the Beijing round, which appeared to yield a breakthrough in pace. Monteiro's best guess for his sudden downturn was a problem with a set of tyres.

The Q1 session was red-flagged after five minutes when Felipe de Souza, taking part in his first WTCC outing of the season, parked his Engstler BMW in the gravel at T14.

Dusan Borkovic caused a second red flag when he lost control at Turn 4 in an attempt to make the Q2 cut. The Serbian's front bodywork became detached after a trip across the grass, but the Campos driver received a tow back to the pits later rejoined the action.

Moscow winner and practice two pacesetter Ma Qing Hua was unable to progress from Q1. The Chinese racer appeared to be running a considerably less steeply raked rear-wing than his Citroen team-mates.