As the only driver to take a set of medium compound tyres, one grade softer than the rest of the field on hards, Mikkelsen used his grip advantage to go 2.5 seconds faster than Citroen's Craig Breen in second.

Ogier half-spun into the plastic barriers lining the stage when the rear of his Ford Fiesta kicked up over a jump, leaving him unable to slow down in time for the following corner. His mistake cost him 7.5s relative to Mikkelsen. 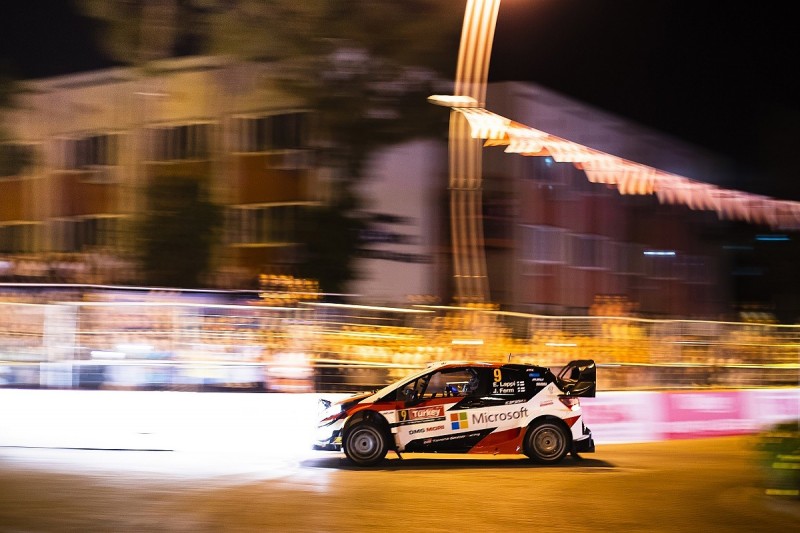 Toyota's Esapekka Lappi is seventh, with Mads Ostberg eighth and the third Toyota of Jari-Matti Latvala in ninth.

M-Sport suffered an especially poor stage. Before Ogier's mistake put him well outside the top 10, his team-mates Elfyn Evans could only muster the 10th fastest time.

An untidy run by Hayden Paddon put him even further out of the top 10 than Ogier, twice overshooting the entry to roundabouts to finish 9.6s off team-mate Mikkelsen's time in 17th.