Thierry Neuville has emerged as the firm favourite to win the penultimate round of the World Rally Championship following a dominant Saturday at Rally Spain.

Evans ended the day in a comfortable second crucially 22.3s ahead of championship leader Ogier, where the Welshman needs to stay to take the title fight to the final round at Italy’s Rally Monza.

While set-up tweaks backfired for Evans, wholesale changes to Ogier’s Yaris had the opposite effect as the seven-time champion eased away from Hyundai’s Dani Sordo in the battle for third.

However, a stall on the final spectator stage on the Salou streets left Ogier only 1.2s ahead of fourth-placed Sordo.

Despite facing a much dirtier road due to gravel being pulled onto the surface from the cuts, Neuville’s relentless pace continued, winning Stage 10 by 1.4s from an improving Ogier.

"It isn't easy at all, especially in this one, said Neuville. “The road was much more dirty than the information I had. Obviously we are tenth on the road, so the conditions are changing quite a lot."

Ogier issued a response to the challenge posed by Sordo in the fight for third overall, taking 3.0s out of his local rival to open up the gap between the pair.

"I tried a bit harder for sure, said Ogier. “I have a new set-up with the car and it's a little bit better."

Evans was only third fastest, dropping 2.1s to Neuville as the gap to the lead extended out to 11.1s.

Ogier’s improved speed was evident once again in Stage 11 as he and Neuville clocked identical times to share the stage win.

The time for Ogier eased the gap back to Sordo after taking another 2.4s from the Spaniard.

Ogier’s time came despite catching Fourmaux, who suffered a drama in the stage. The M-Sport driver clipped a barrier which sent him into half spin, damaging his front left. After losing seven minutes changing the wheel, he eventually trundled to the stage end.

At the front, Neuville continued to pull away from Evans, who was 1.6s shy of the rally leader.

Ogier ended Neuville’s run of eight consecutive stage wins by taking out Stage 12, a second pass through the longest stage of the rally. 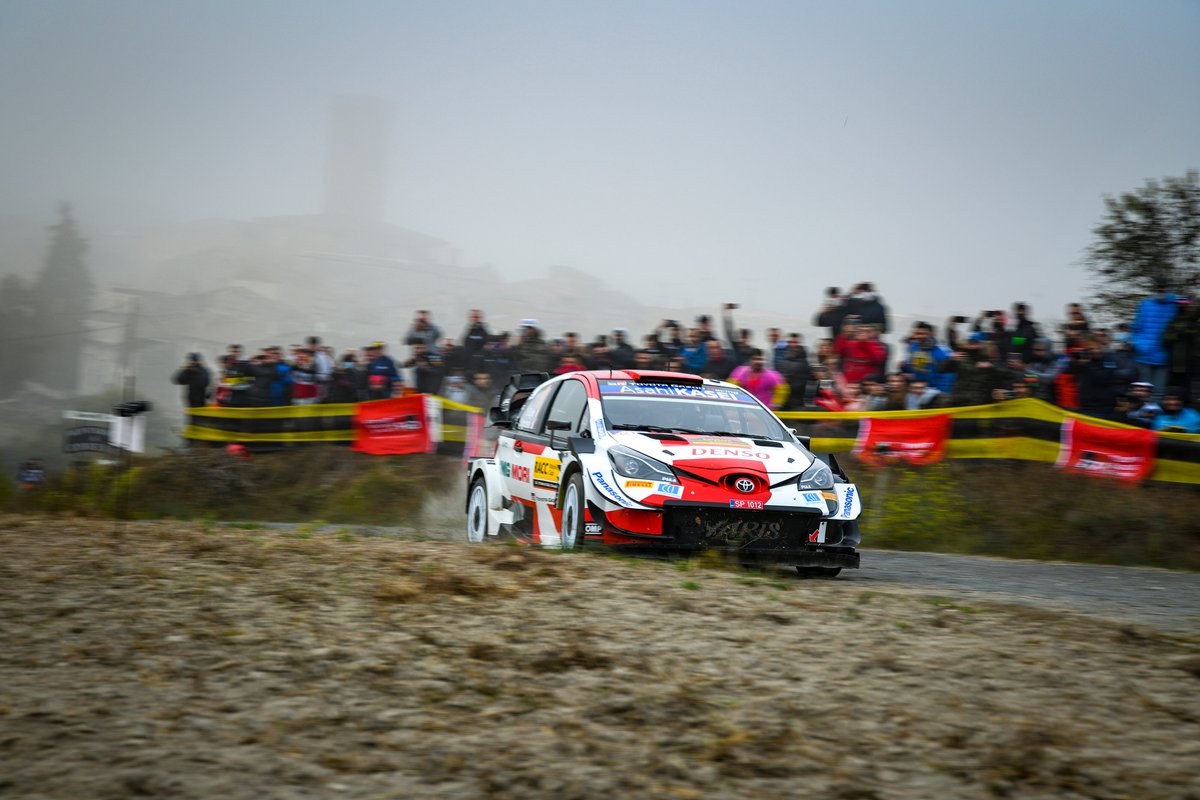 Making the most of several set-up changes, the Frenchman laid down an impressive time, 1.2s faster than Neuville. Sordo reached the stage end with the third fastest time but was concerned by Ogier’s pace.

"It's a little bit hard this afternoon, said Sordo. “We started to have 'Sebastien Ogier mode' - he is pushing. “We tried to push as well, but this afternoon he is taking a little bit of time. For me, in this stage I did my maximum so I am quite happy.”

Evans lost more time as his decision to alter the set-up on his Yaris backfired.

"It's been a frustrating afternoon." said Evans. “We gambled to try and change some stuff to improve the car for the afternoon, but it didn't work unfortunately and we've gone in the opposite direction.”

The returning Takamoto Katsuta after his retirement yesterday showed signs confidence in his Yaris was coming back by clocking the fifth fastest time.

However, there was drama for both M-Sport runners as Fourmaux could only complete the stage with a two-wheel drive Fiesta after being forced to remove a driveshaft following his incident on the previous test. Team-mate Greensmith lost time due to a sensor issue on his Fiesta.

Neuville closed out the day with a sixth stage win in front of a bumper crowd on the spectator stage in Salou.

Neuville was 0.8s faster than Sordo with Evans third quickest, albeit 2.2s slower than the rally leader.

The technical street stage provided plenty of drama as Ogier, Solberg and Nil Solans stalled their cars. The incidents caused Ogier to lose 6.5s, while Solberg dropped from sixth to seventh in the standings.