Elfyn Evans says retiring from the Safari Rally after a clumsy error is a “little bit painful” as his World Rally Championship bid suffered a blow in Kenya.

The Toyota driver, sitting second in the championship standings coming into the event, slightly over cut a corner and struck a rock on stage 3 that forced the Welshman to grind to a halt barely a kilometre from the stage end.

Evans attempted to repair the car but the damage to the front right suspension that left the wheel hanging off the Yaris was too severe to fix.

Forced to witness his rivals come through the stage he admitted the retirement was a “painful” one.

“Massive disappointment really, bit of a clumsy error in a way,” said Evans.

“The stone was sticking out a bit further than what I’d anticipated and what I had marked on the notes so a bit of a mistake there really and obviously a big shame this early on in the event.

“It’s always a massive disappointment to retire on something that could’ve been avoided.

“If you’d come a bit fast or you run a bit wide maybe then you expect that a little bit but this one feels a little bit painful to be honest.”

Evans hopes to return to action on Saturday under the Rally 2 regulations in a bid to salvage points on Sunday’s Power Stage.

Evans was not the only driver in the wars on the opening day of the event as Hyundai’s Dani Sordo retired on the same stage, while Oliver Solberg was also forced out with chassis damage after limping through stage 4.

Sordo hit a rock that broke a suspension arm, locking his steering on his i20 WRC which resulted in a wild excursion into a ditch.

“I had really been enjoying the experience of Safari Rally Kenya in the opening stages, so it was disappointing to have to retire,” said the Spaniard.

“When you watch back the video you can see we took a stone in the middle of the road that broke the suspension arm on the car. After that, the steering locked so the car started to slide, and we went into the bushes.

"Nothing we could do - and we were lucky that we didn’t roll because otherwise we might not have been able to restart.

“It was an amazing stage to drive, really fast, and I wasn’t pushing too much. We will aim to be back tomorrow to fight for points and to finish this incredible rally.” 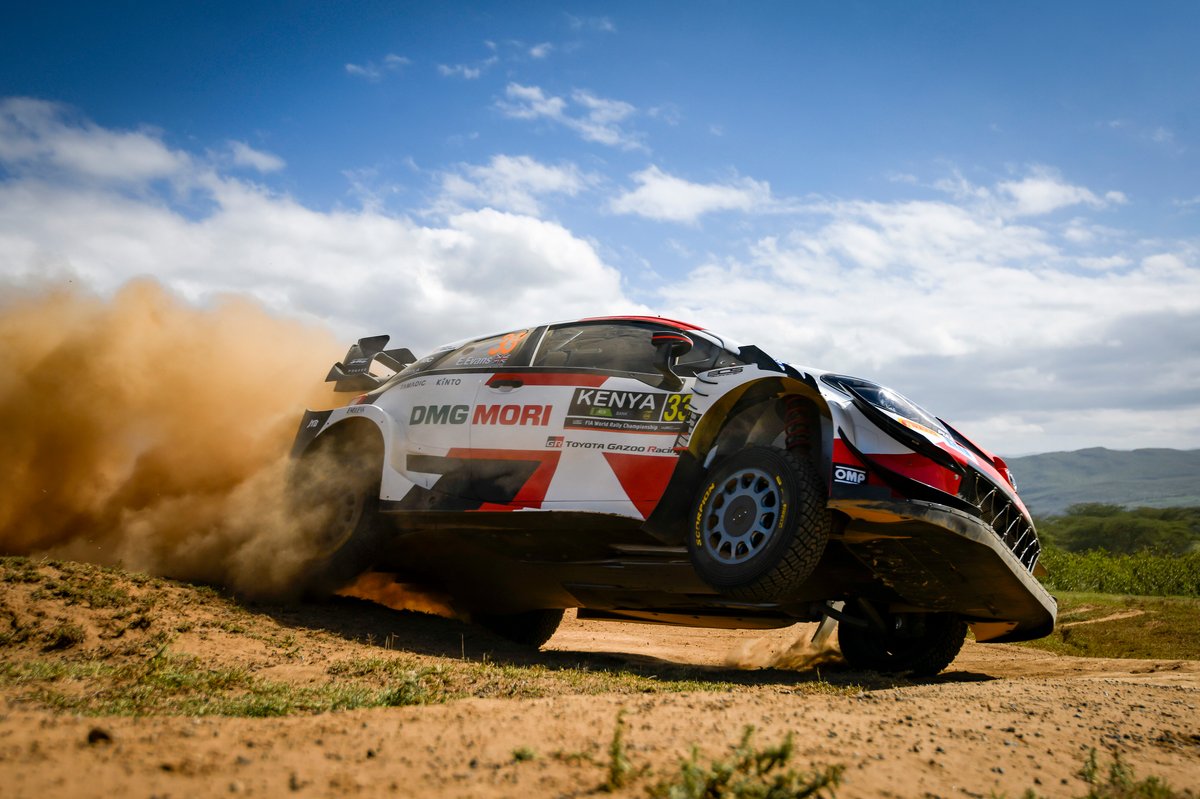 Toyota’s Kalle Rovanpera, who briefly held the rally lead, was also among the list of retirements after he became bogged in deep sand on the final stage of the day.

The Finn had to be towed away to safety, a process that meant the stage was suspended while a support vehicle retrieved the car.