Neuville extended his lead on Saturday afternoon's loop, and bolstered that by another 3.9s on the evening's Karlstad superspecial and Torsby sprint stages.

That included another win on the evening's final stage, and Neuville now has a little more than 32 miles standing between him and victory on the second round of the WRC season aboard his Hyundai i20 Coupe WRC.

Breen now has Andreas Mikkelsen for closer company in the battle for second place, with 9.3s in hand over the Hyundai driver ahead of Sunday's final two stages.

Hayden Paddon had offered Mikkelsen competition for third in his own i20, but the returning New Zealander was outside the top 10 on the Torsby stage after getting stuck in a snowbank and now has 8.2s in hand over the second Citroen of Mads Ostberg.

Ostberg, who reported in the afternoon that he was happier with the behaviour of his Citroen C3 after reverting to his original set-up, was fourth on the Torsby sprint and is in the middle of a relatively tight scrap with an advantage of nine seconds over the leading Toyota of Esapekka Lappi in sixth. 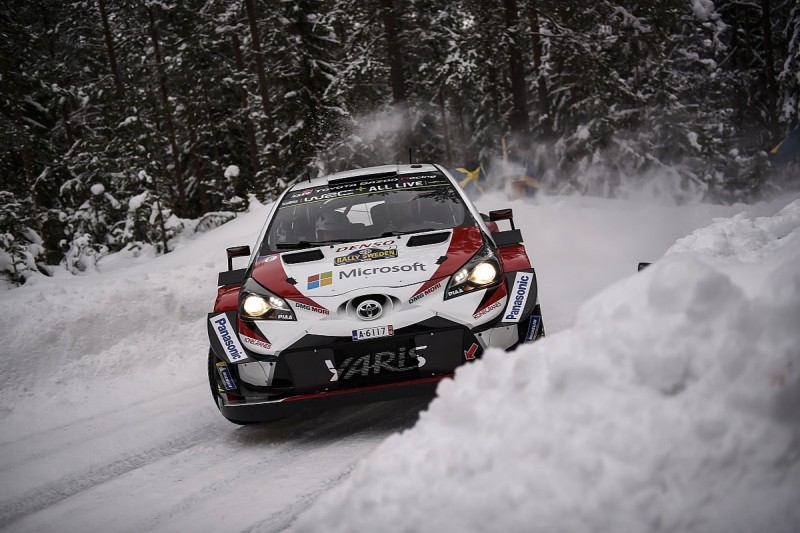 Jari-Matti Latvala remains seventh in his Toyota ahead of the leading M-Sport Ford Fiesta of Teemu Suninen, while Ott Tanak is ninth.

The Estonian backed up his fastest time from Thursday evening's opening Karlstad stage with the best time on the repeat run on Saturday, but is more than a minute behind the next car on the leaderboard after he was caught up behind Kris Meeke - who had an engine problem and has retired - in the afternoon.

Sebastien Ogier inherited a place in the points when Meeke retired, but is a lonely 10th - 43.6s behind Tanak and 28.8s ahead of the third M-Sport Ford Fiesta of Elfyn Evans in the battle for the final regular point.