After Friday's six gravel stages, the action switched to Tarmac, and Meeke immediately dethroned Dani Sordo of third place on the opening Savalla test with a second-quickest time.

But it would all unravel quickly on Querol when Meeke smashed his Toyota Yaris WRC against the Armco barrier and ripped the rear-right wheel off.

Although the crash promoted team-mate Ott Tanak to fourth and thus boosted his chances of claiming a maiden WRC title this weekend, it's a nasty blow for Toyota's manufacturer championship aspirations with Hyundai currently locking out the podium.

Loeb held a 1.7-second lead heading into Saturday, but 2018 Spain winner had no answer to the pace of a charging Neuville.

The championship hopeful recorded scratch times on Savalla and Querol and again outpaced Loeb on El Montmell, despite losing brakes halfway through the stage, to establish an 11.4s lead.

Sordo couldn't quite match the pace of Neuville and Loeb and has drifted back from the lead two, but remains comfortable in third ahead of Tanak who himself has failed to trouble the leaders despite a stage win on the morning's final test. 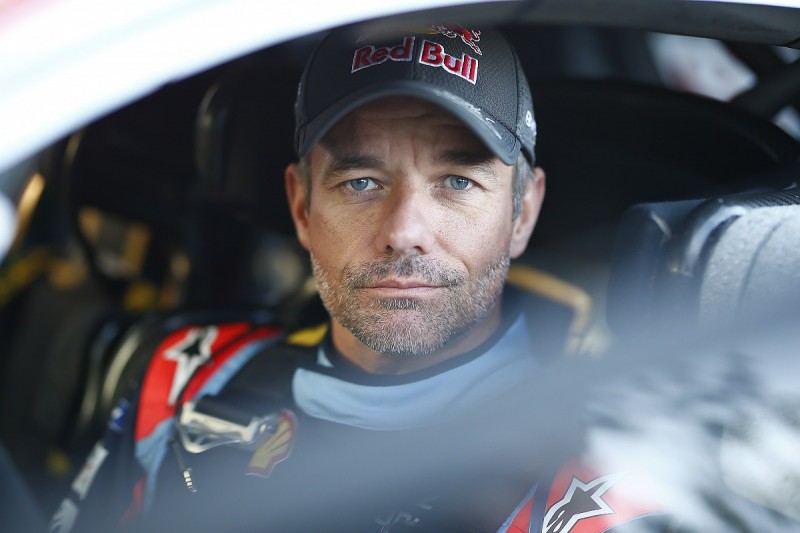 A fluctuating battle brewed for fifth place between Jari-Matti Latvala and Elfyn Evans. Latvala's famous confidence levels diminished once more on Saturday morning; the Toyota driver "too scared of the cuts" on Savalla.

Having lost 2.4s to Evans, Latvala bled his brakes between Savalla and Querol in a bid to restore more confidence and it seemed to do the trick. He responded by outpacing the M-Sport Fiesta on Querol to take back 2.7s.

Evans then made changes to his car between Querol and El Montmell but they failed to have the desired effect as he surrendered 4.3s to Latvala to lie 18.5s back overall.

M-Sport team-mate Teemu Suninen has now closed to 12.2s behind Evans in seventh after a relatively anonymous morning.

Takamoto Katsuta had been lying ninth in a fourth Toyota Yaris WRC, but the WRC2 regular had a morning to forget, missing his start time on Savalla by half an hour with a gearbox related issue.

Although he made it into the stage he parked up a mere 10m in, and when he resumed he only had first gear. Katsuta completed the loop 19 minutes adrift of the lead.

The defending world champion began the leg in 17th place but is four minutes behind the rally leader despite climbing back into the points. Mads Ostberg and Eric Camilli complete the top 10 in their Citroen C3 R5s.

Esapekka Lappi's Citroen C3 WRC ground to a halt on Friday's final stage with an engine related issue. The problem proved so severe that Lappi was unable to restart on Saturday.