Much like Roger Federer’s domination of Wimbledon in his prime, watching Sebastien Ogier master the Monte Carlo Rally year after year is one those awe inspiring sporting moments.

At 39-years-old and a semi retired rally driver, Ogier was in a league of his own as he and new co-driver Vincent Landais delivered a Monte Carlo masterclass to claim a comfortable 18.8s victory over reigning world champions Kalle Rovanpera and Jonne Halttunen.

Ogier never really looked troubled on the famous Monte Carlo roads that this year were devoid of the usual treacherous snow and ice. 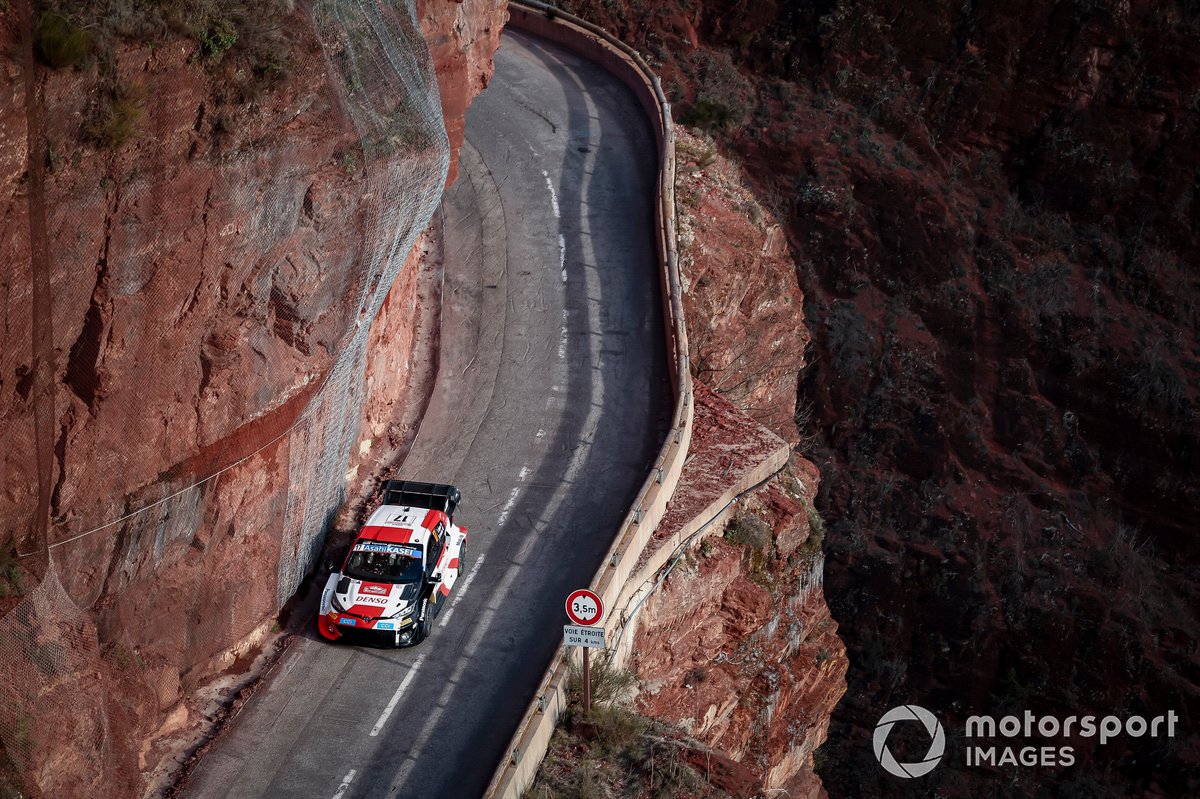 This was vintage Ogier; build a healthy lead then protect it to the finish. Five consecutive stage wins set up platform but it was the manner of the performances that reminded everyone that Ogier is still the driver to beat when it comes to the Monte. Incredibly two of these fastest stage times from his five on the bounce streak came by taking risks to compensate for a fault that left him without hybrid boost.

Ogier could have been halted by a clutch issue on Friday morning but this was rectified after an impressive 13 minute gearbox change by his Toyota mechanics.

The Frenchman led from Thursday right through to Sunday, racking up nine stage wins from the 18 tests to become the most successful driver in the events history with a ninth win to join those achieved in 2009, 2014-2019 and 2021).

There were fleeting moments when the victory appeared in doubt. Team-mate Elfyn Evans showed strong pace early on and Rovanpera slashed Ogier’s lead to 16.0s on Saturday, but this was all part of the plan. The penultimate stage puncture the cost him victory at this event last year, meant a fired up Ogier was in cruise control at times to ensure come Sunday the victory was his. 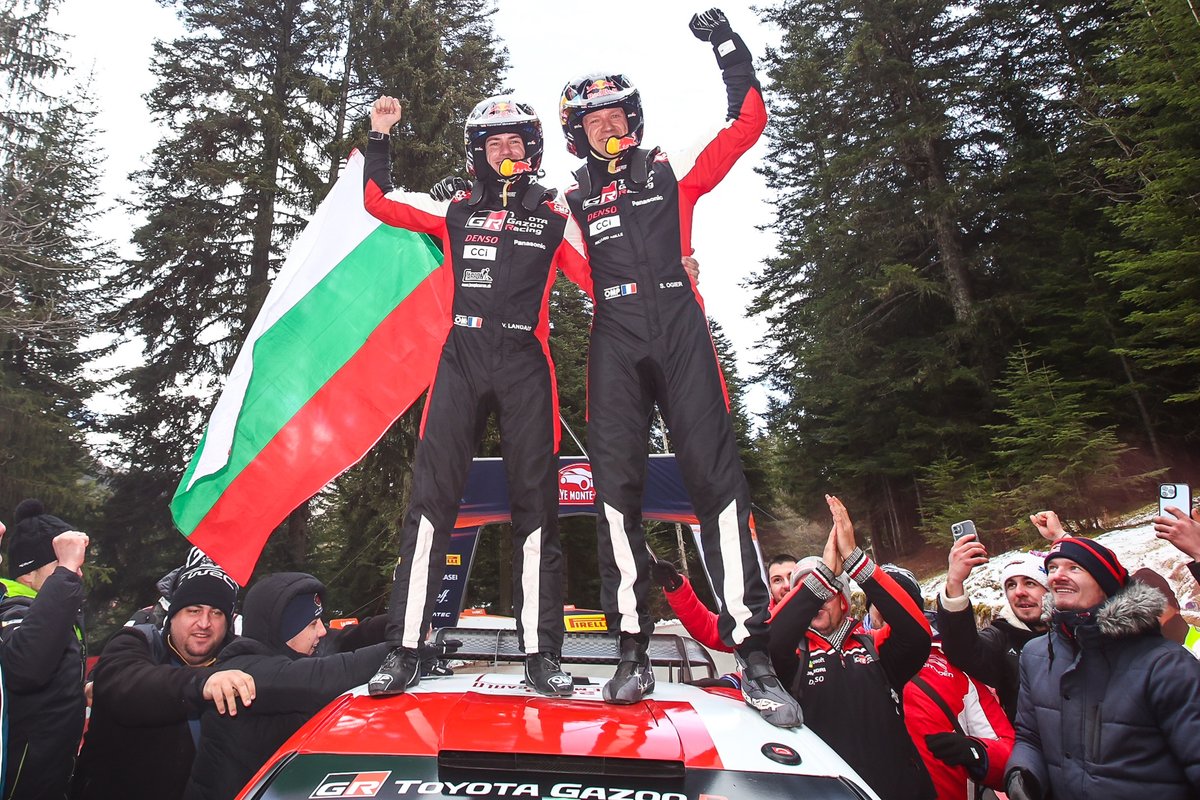 Perhaps the most impressive aspect of his 56th WRC career win was the appreciation he showed to his co-driver Landais, celebrating his first win and his Toyota mechanics for avoiding a potential issue.

“I love this rally. It's the one which gave me the dream right at the beginning and I am so happy for Vincent. For me it's nice, but for him it's a dream to take his first win," said Ogier.

"We still need to enjoy these moments and that's why we are still here [in the WRC], to catch some victories like this. To win a famous one like Monte has no price.

“I have never seen something like that [what the mechanics did]. It was soo impressive to watch them work. Thirteen minutes before we got going the chief mechanic said we would change the gearbox, and I thought there was no way they would do it, but we were waiting at stage check in with two minutes to spare. I don’t know how they did it. I need to really thank my team and I will make sure some champagne is delivered to them at home." 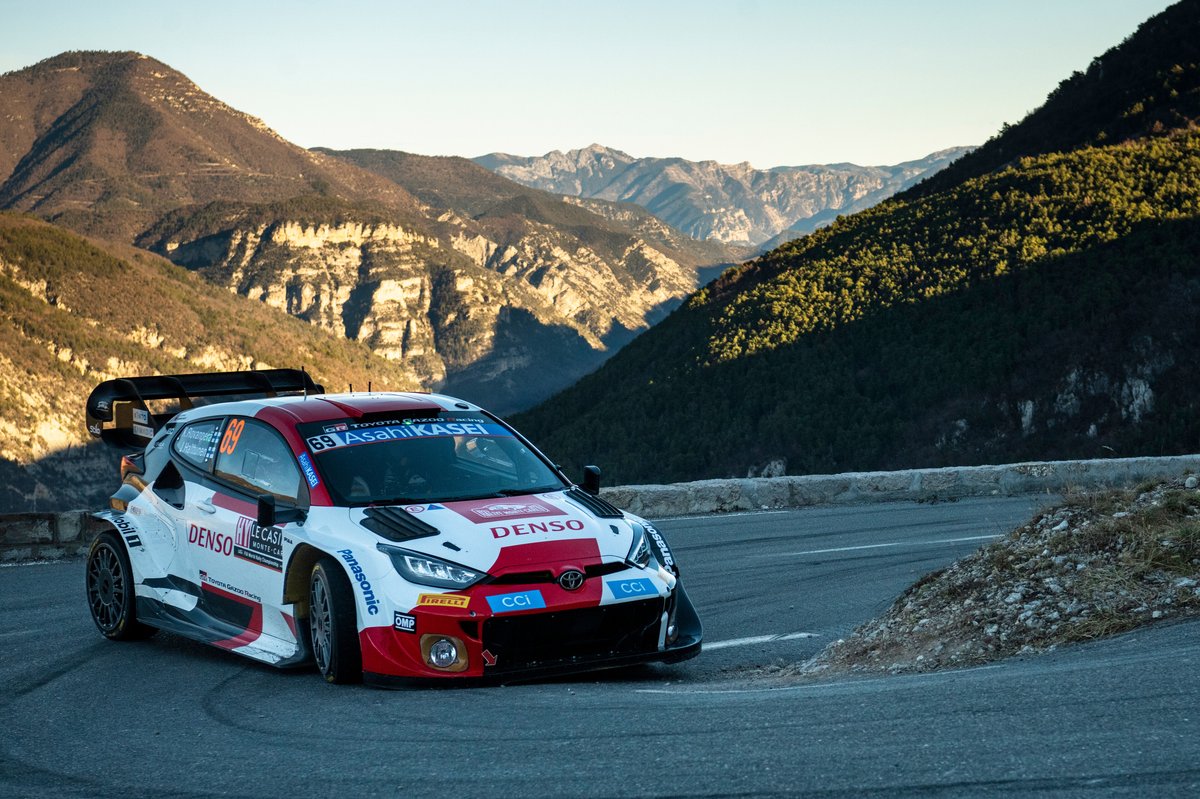 While Ogier grabbed the headlines with his supreme run to victory, there were plenty of noteworthy drives in Monte Carlo.

This time last year Rovanpera was struggling to get to grips with his GR Yaris, but 12 months on the new world champion impressed to keep Ogier honest on a rally that is not among his favourites.

Once again his mercurial knack for mastering the powerstage was on show as he somehow managed to find half a second in the final split to deny M-Sport’s Ott Tanak the stage win and the bonus points. All things considered, it was the perfect start to his title defence.

Had Evans avoided a puncture on Stage 5 he could have given Ogier a run for his money. The Welshman was among the few to be able to live with Ogier’s speed which is encouraging for the championship, having struggled to gel with the GR Yaris at times last year.

Hyundai may not have been at the races but Thierry Neuville earned a commendable third, and managed to stop Toyota's onslaught by taking two stage wins.

M-Sport’s Pierre-Louis Loubet left Monte Carlo without any points after retiring from the event twice. A crash at the final corner on Stage 9 damaged his Puma’s right rear suspension, while a water leak that left him without enough time to refuel for the final stages on Sunday.

However, the bravery and strength required to haul a Puma without power steering through three stages on Friday, earning him the “Corsican Hulk” nickname, should be highly commended. 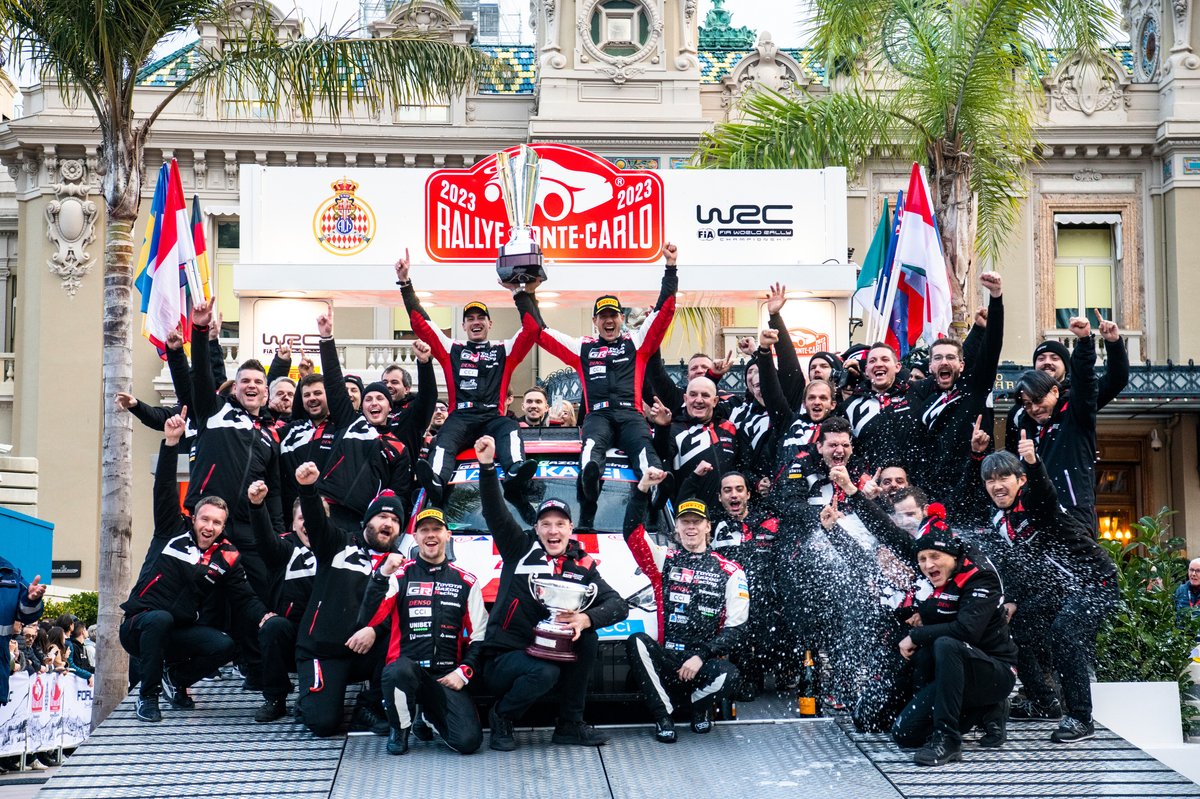 Even Toyota didn’t expect to be as dominant as they were in Monte Carlo after sweeping 16 of the 18 stages.

At the previous tarmac rally on home soil in Japan last November, Toyota were second best to Hyundai. After both teams elected to upgrade their respective GR Yaris [engine and aero] and i20 Ns [aero] over the winter, a close battle was anticipated.

What eventuated was perhaps one of the most one sided rallies in recent history as Toyota enjoyed a perfect run of stages across Thursday and Friday, with stage wins spread across Ogier, Rovanpera and Evans, outlining the GR Yaris was the car to beat.

Toyota was helped by the fact that Hyundai had anticipated the traditional snow and icy conditions which was reflected in their car setup that hampered their pace. Likewise, M-Sport also hadn’t expected bone dry asphalt, while its lead driver Ott Tanak was still acclimatising to the Puma having only had a one and half day’s in the car.

That aside, Toyota were faultless as it sent a message to its rivals confirming the Japanese brand is still the WRC benchmark.

“I never thought we could be this strong in a 2023 Monte as Rally Japan last year was not going really well for us and we knew we had some work to do,” Toyota boss Jari-Matti Latvala told Autosport.

“But we were able to have such a strong car and fast car and the drivers were open top form. This was a surprise to me, but Seb I knew was very hungry to win this event." 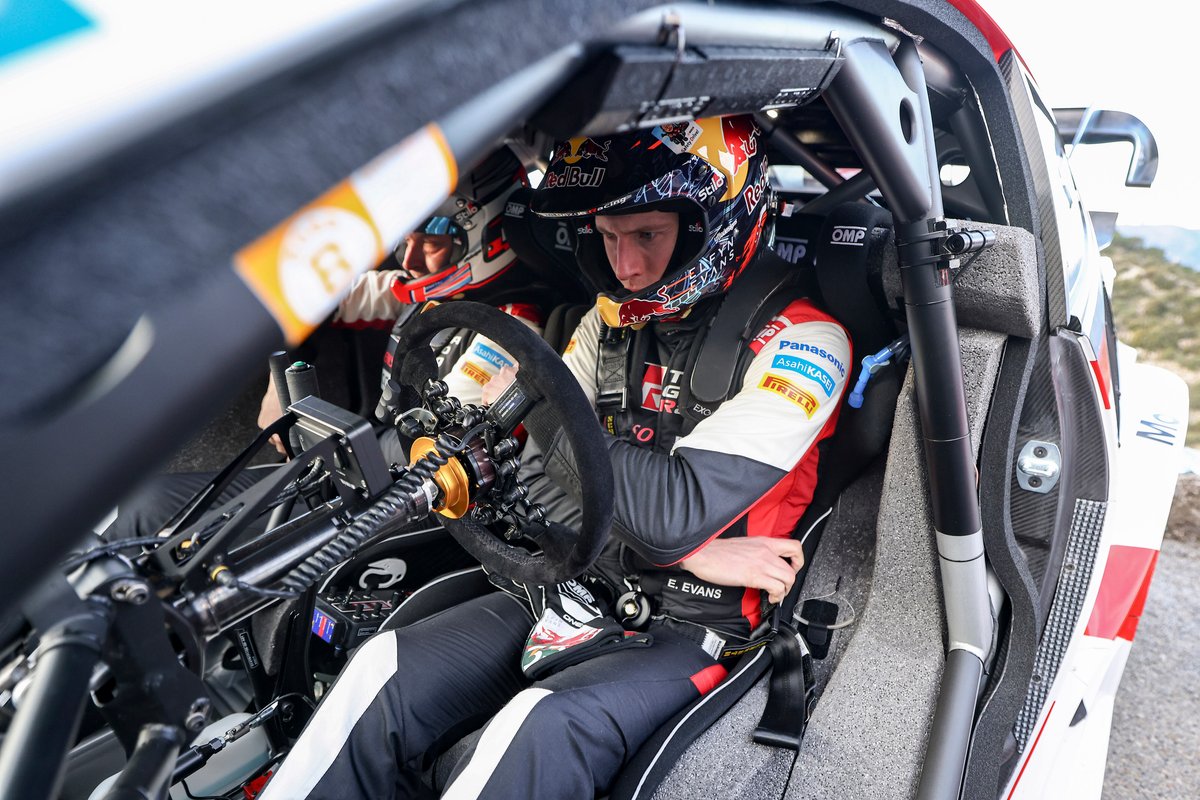 It appears Evans cannot buy a break at the minute. The Welshman started the rally brilliantly and was only 11.3s behind Ogier when his right rear tyre suddenly let go. Evans was able to recover to finish fourth but a podium would have been likely without the issue.

After the herculean effort to haul his M-Sport Puma around Monte Carlo’s twisty roads without power steering for three stages on Friday, following an off in the morning, Pierre-Louis Loubet deserved something in return. Sadly his effort would come to nothing as a mistake on Stage 9 ended any hope of points.

Hyundai’s Thierry Neuville was lucky his rally didn’t end after skating on a patch of black ice in the darkness on Stage 2.

Likewise, Rovanpera was fortunate his wild slide into a barrier on Stage 5 didn’t result in a more serious incident.

In the WRC, it is pretty difficult to match the atmosphere the Monte Carlo Rally generates at the iconic Col De Turini on Thursday night.

Monte Carlo is not renowned for its jumps, this year they were present as the crews found out.

Most people would be frightened by a wild moment, not Rovanpera's co-driver Jonne Halttunen. 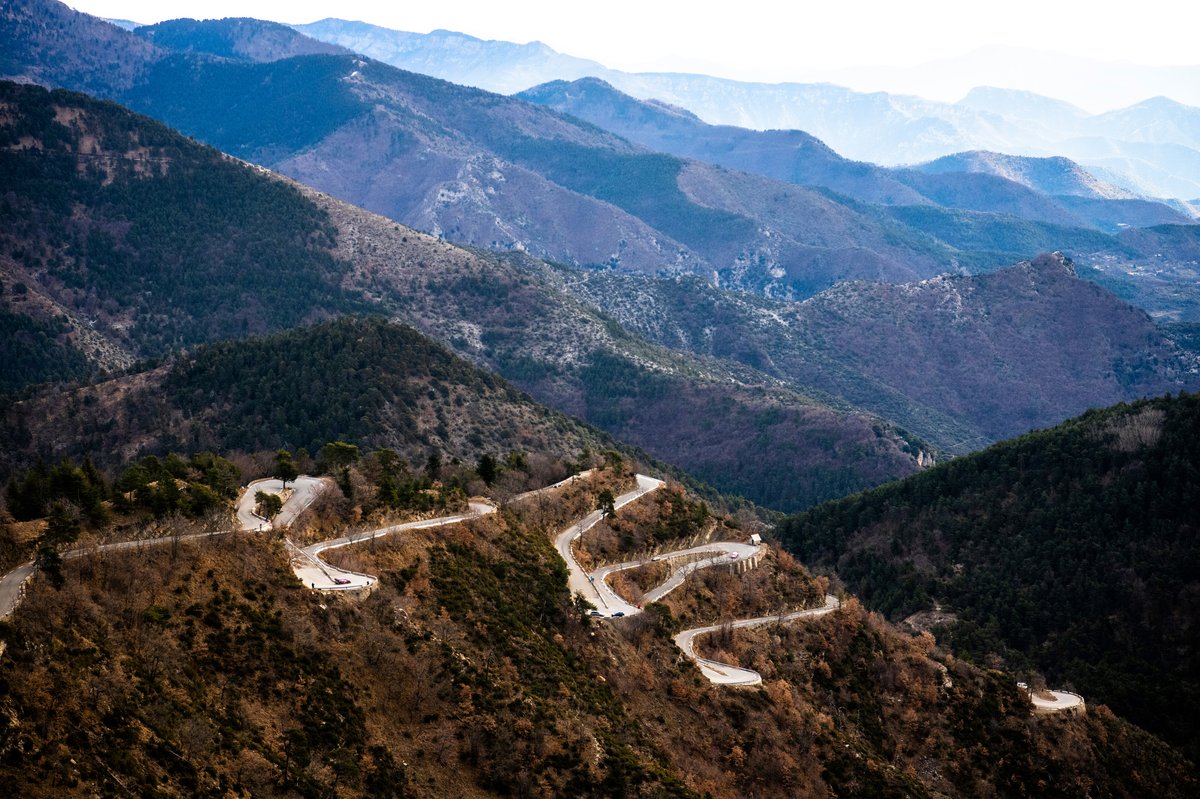 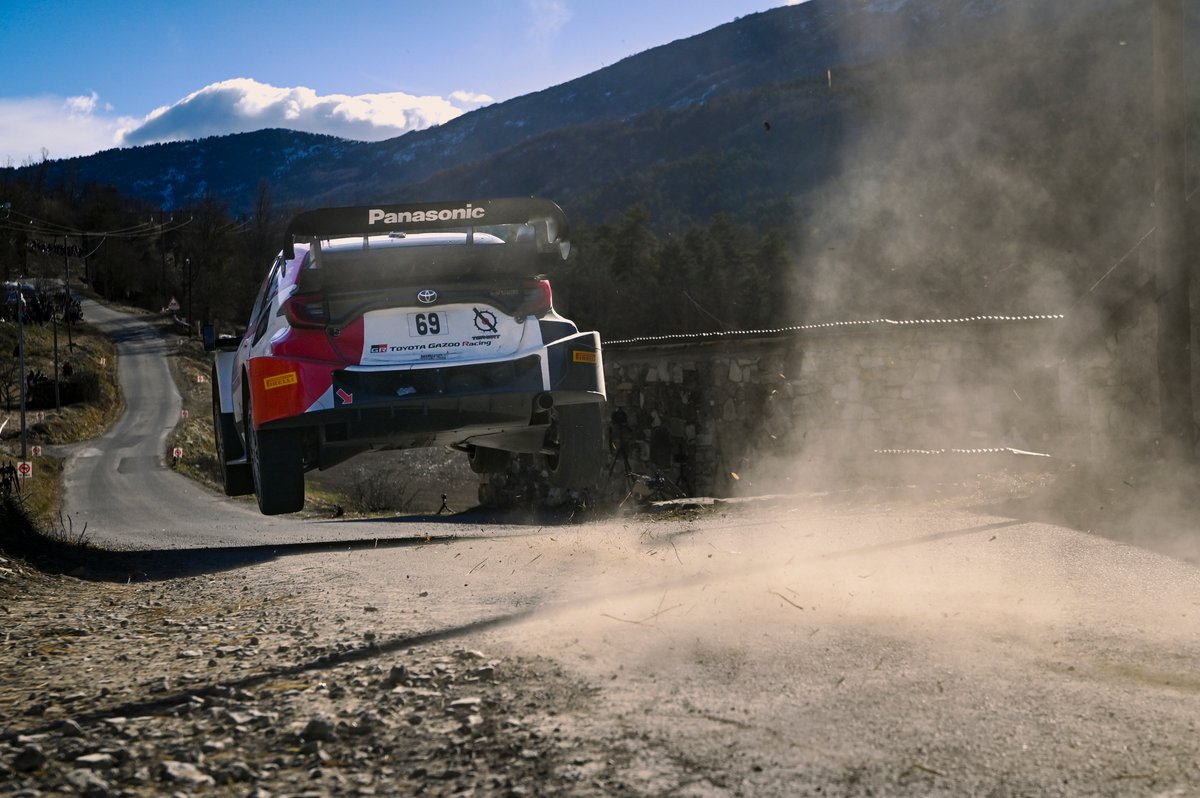 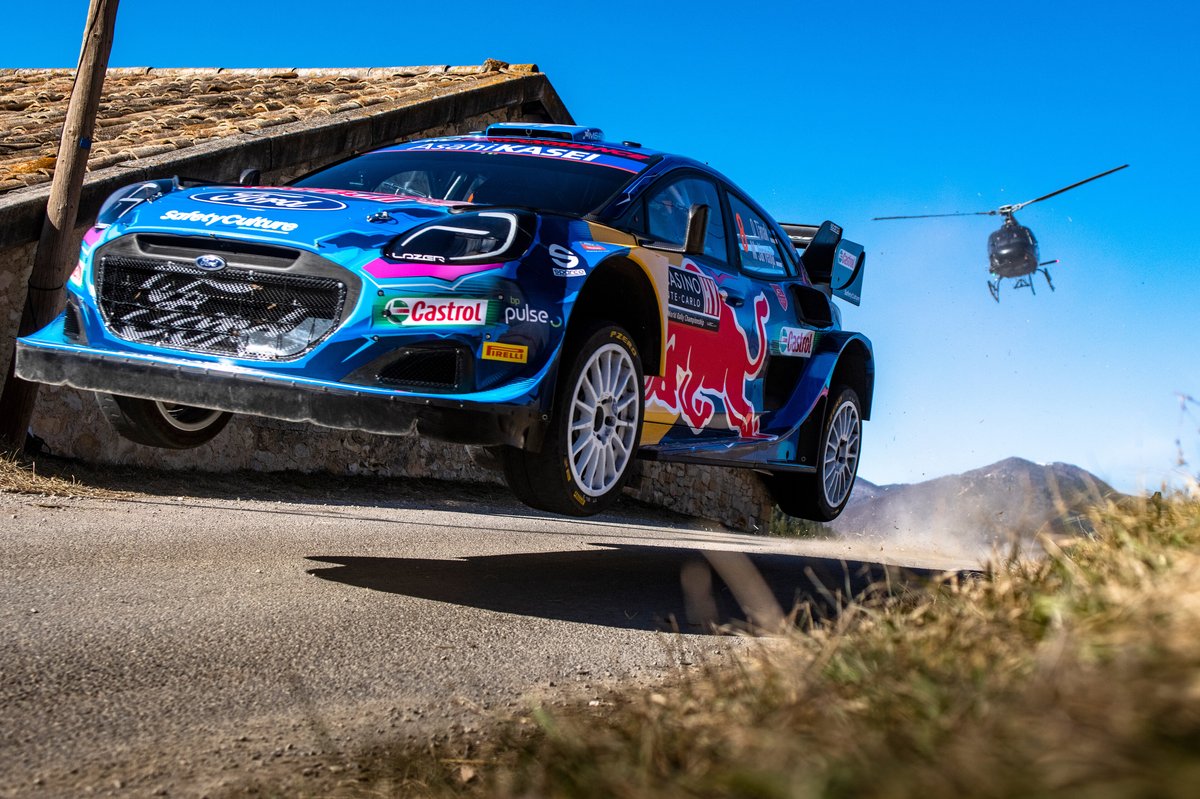 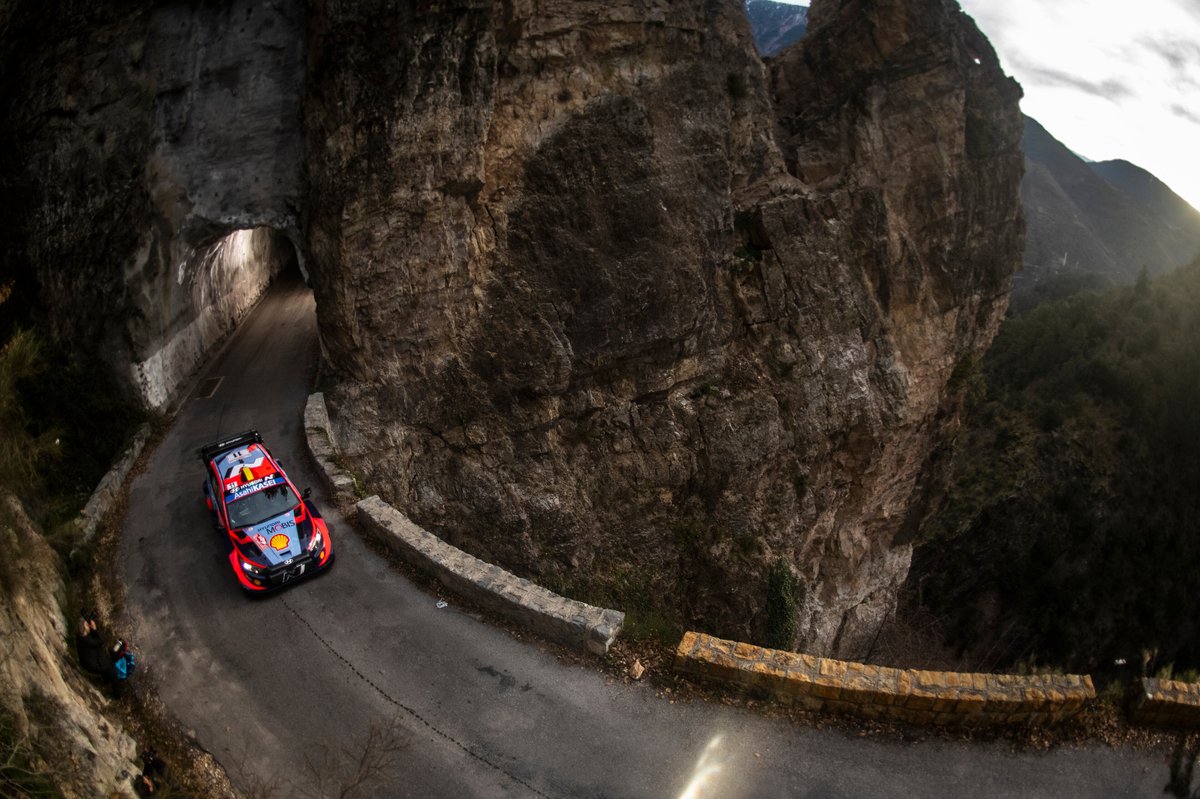 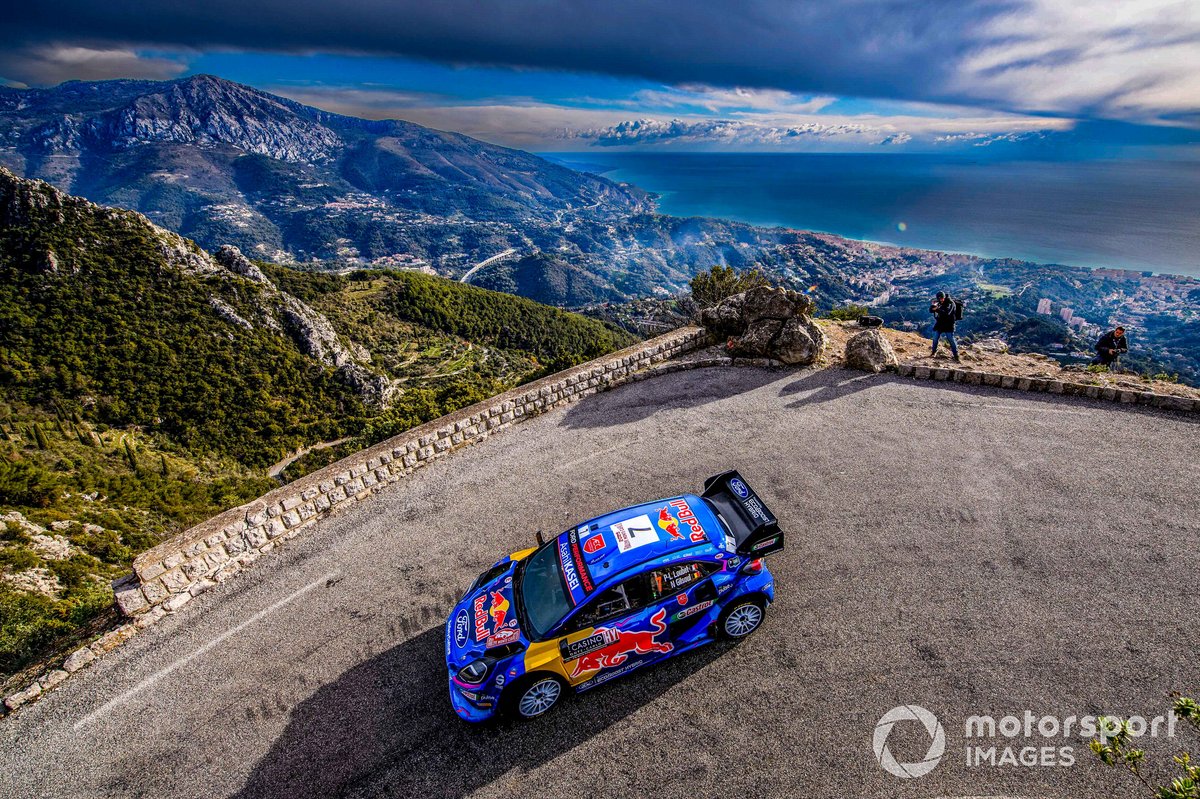