The four-truck convoy was held up behind an accident in the early hours of the morning on the road north back to the service park from Mexico City, after the Zocalo street run.

That has led to the cancellation of what would have been Friday's first two stages.

"We have to cancel El Chocolate and Las Minas for the first run," organisers told Autosport.

"Right now the cars are still 100 kilometres away from the service park."

None of the trucks carrying all the cars competing in the event were involved in the road accident, but the highway was closed due to the serious nature of the crash. 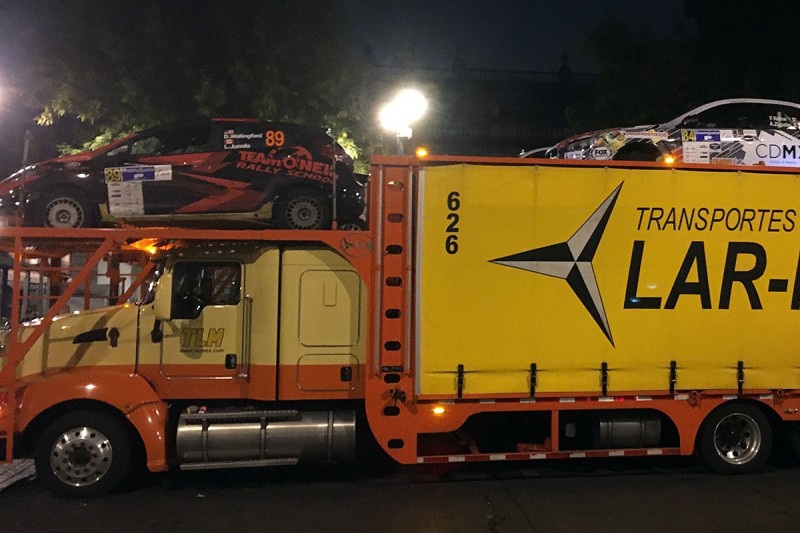 The second run of Friday's stages are not expected to be affected.

A bulletin from the rally organisers was issued on Friday morning stating: "Due to force majeure, Section 2 of the rally from TC1B (service control before SS2) to TC3B (regroup control after SS3) will be cancelled.

"A new itinerary will be published in due course."