Thursday night's short, spectator-friendly curtain-raiser was not representative of the dusty gravel roads that will form the majority of the route - and on which WRC points leader Neuville is likely to struggle as he spends Friday first on the road.

But Hyundai driver Neuville was able to set the pace on the street stage by 1.9 seconds over Toyota's Ott Tanak.

Toyota had held a 1-2-3 formation on the leaderboard with just Sebastien Ogier and Neuville to run.

Ogier made a small error and had to settle for a provisional second, a tenth off Tanak, before Neuville usurped both to take his early lead. 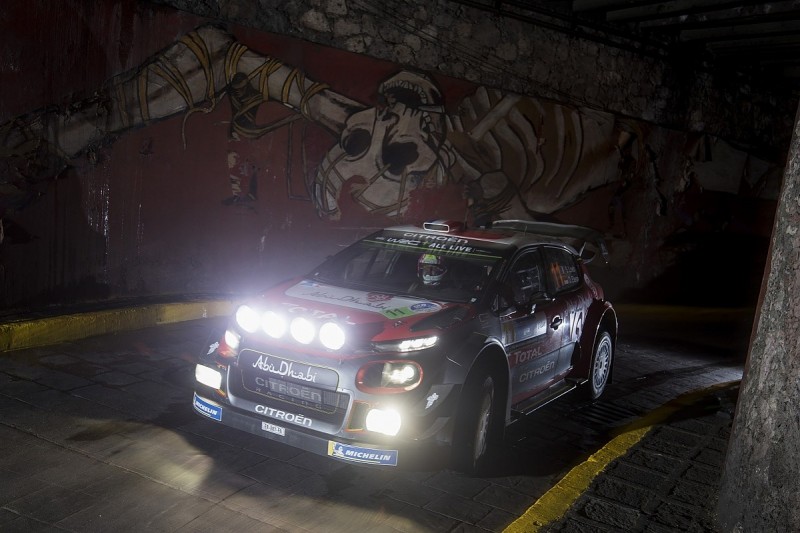 Loeb was first on the road for this stage before the order is flipped for the main part of the event, and ended up 10th quickest of the 11 World Rally Cars with a time 4.7s down on Neuville.