Hayden Paddon leads after Friday's morning loop on Rally Italy, hitting the front when Kris Meeke rolled his Citroen out of contention

Meeke had led after the morning's opening stage, briefly lost out to Toyota's Juho Hanninen on SS3, and then got back ahead again by the end of SS4.

But he then crashed on the next stage, leaving his Citroen sporting major damage to the right-hand side and to the rear and costing him nearly eight minutes.

Meeke and co-driver Paul Nagle made it to the end of the stage and continued on to service, leaving Paddon leading Hanninen by 4.3 seconds overall.

Third position was also up for grabs on the last stage of the loop, as Ford Fiesta drivers Mads Ostberg and Ott Tanak fought for the place.

A second fastest time on SS5 gifted the spot to privateer Ostberg, with M-Sport driver Tanak 10.3s behind at the end of the loop.

The Hyundai of Dani Sordo had previously split Ostberg and Tanak and was fastest through SS4, but a suspected broken turbo on the following stage cost him over a minute and relegated him to ninth.

Sordo's team-mate Thierry Neuville had to fight his way back into the top five having led overnight after the rally-opening superspecial.

Neuville is second on the road and struggling on one of the rallies that is notoriously rough, and sweeps cleaner for the drivers further back.

Jari-Matti Latvala lost time over the morning loop in places thanks to being too cautious, but he holds sixth, only 2.2s behind Neuville in the overall order. 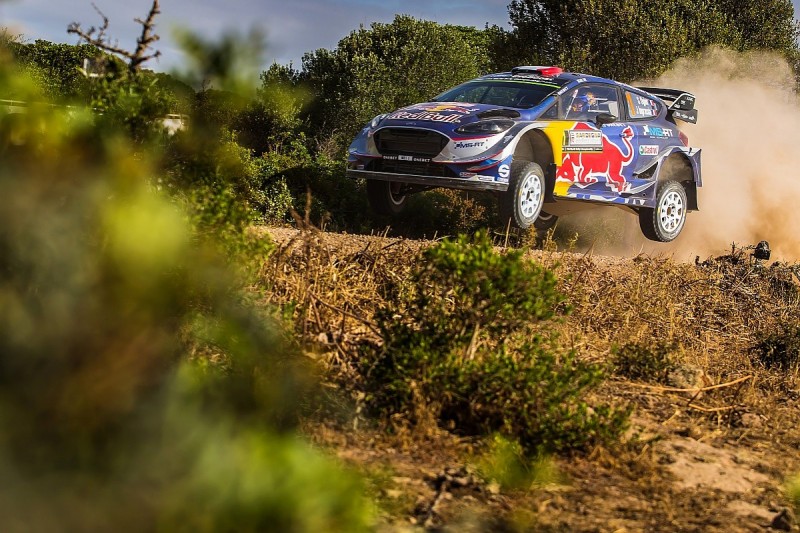 Neuville wasn't the only driver to struggle with road sweeping, as Sebastien Ogier is 37.7s adrift of the lead thanks to being first car on the road.

The championship leader only has to run first on the road for the first full day, but Ogier's chances of victory already appear slim.

Citroen new boy Andreas Mikkelsen is the highest placed Citroen in eighth, admitting that he was having to adapt his driving style to the new 2017 car in his first event in the machine.

His team-mate Craig Breen had retired earlier with a damaged gearbox mounting forcing an oil leak, after a heavy landing after a crest.

Elfyn Evans put his DMACK Fiesta off the road on SS4, forcing him into retirement. The front-right wheel was dislodged.

In the drama on SS5, Toyota's third driver Esapekka Lappi went fastest on SS5, despite having no second gear in one of the more extraordinary stage times in recent memory.

At the stage end, Lappi joked that he would tell team principal Tommi Makinen that "five gears is enough!".

Follow the afternoon stages as they happen with Autosport Live from 2.15pm UK time