Andreas Mikkelsen will take a 20.1-second lead into day two of Rally Australia after a commanding Friday performance

Leading for the second time in his three World Rally Championship appearances with Hyundai, Mikkelsen made the most of running ninth on the dusty road to dominate the opening leg.

Hyundai is now running one-two, with Thierry Neuville overcoming Kris Meeke's Citroen for second by going fastest on both runs through the Coffs Harbour street stage that concluded the day.

Neuville is just 0.7s ahead of Meeke going into Saturday. 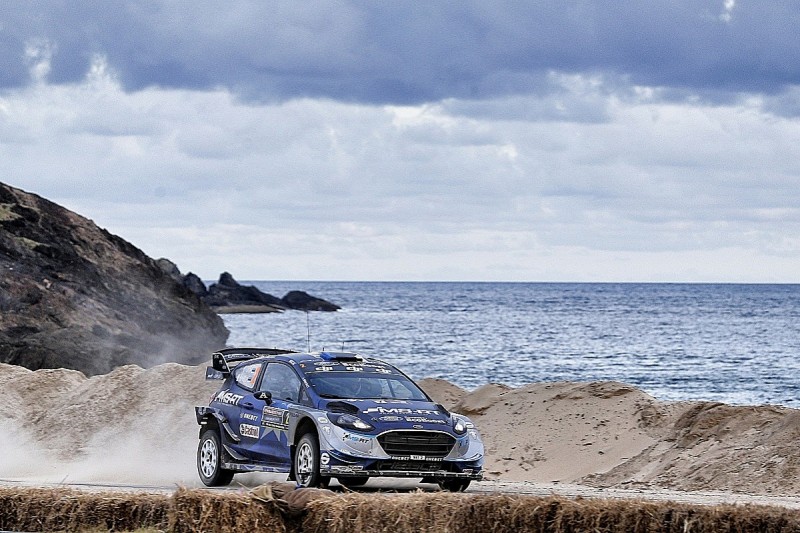 Ott Tanak equalled Neuville on the first run of the superspecial and was second to him on the repeat, which allowed him to edge closer to Jari-Matti Latvala and Craig Breen in the three-way battle for fourth.

The Toyota, Citroen and M-Sport Ford are now covered by just 3.1s, with Hayden Paddon not far behind in seventh.

WRC champion Sebastien Ogier knew running first on the road would make his day tough and problems with his M-Sport Ford's gearshift added to his woes.

He finished Friday 47.9s off the lead in eighth, just ahead of the third Citroen of Stephane Lefebvre - who suffered two rear punctures during the day.

Rally GB Elfyn Evans is a lonely 10th on an event less suited to his DMACKs than the wet Welsh stages.

Esapekka Lappi trails his fellow World Rally Car runners in a distant 11th thanks to a three-minute delay caused by power steering failure in the morning.

WRC Rally Australia: Neuville into lead as Mikkelsen forced out