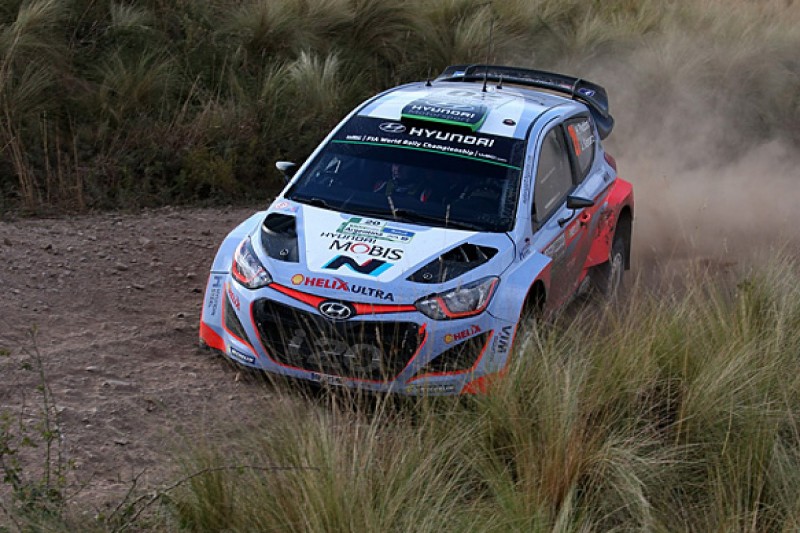 The 14-mile Capilla del Monte to San Marcos stage was cancelled after Paddon rolled his i20.

Although Paddon and co-driver John Kennard escaped unhurt, a statement from the rally organisers said that a number of spectators have been taken to hospital in Cordoba.

A statement from rally officials said: "SS9 was interrupted due to an accident involving Hyundai #20 of Hayden Paddon and John Kennard.

"The incident involved spectators who were immediately assisted by the emergency services belonging to the race."

The rally is set to restart for Saturday's final stage shortly, with Kris Meeke leading from Citroen team-mate Mads Ostberg.