The Norwegian, who came close to scoring his maiden win in an i20 Coupe WRC at last year's season-closing Rally Australia, has struggled to replicate that form in 2018, with just one podium finish this season.

The Korean team has played a homologation 'joker' in order to introduce gear-driven camshafts, bringing them in line with the other three latest generation World Rally Cars.

Mikkelsen, who has tested the development in recent weeks, is impressed.

"It's got more performance everywhere in the engine range," he said. "It is a noticeable difference in driving.

"I think it should help us a lot here in Argentina."

Talking about his lacklustre performance last time out in Corsica, where he finished a distant sixth, he added: "Since the beginning and driving this car on Tarmac, I have been struggling.

"This car feels very different compared to the Polo and the C3 [on asphalt].

"Not so many changes have been made. For Corsica I knew it was going to be a tough rally, but I didn't expect it to be that tough.

"Basically the way I was driving in Corsica made me feel I had never been driving a rally car! I was clueless. It's good now to be back on gravel."

Mikkelsen added that, allied to the latest engine upgrade, Hyundai needed to work on its asphalt-spec car ahead of August's Rally Germany, the next asphalt WRC counter.

"We were all struggling in Corsica, me more than the others," said Mikkelsen.

"Changes need to be made if we want to keep up with the other manufacturers on Tarmac. There is a lot of work being put into it." 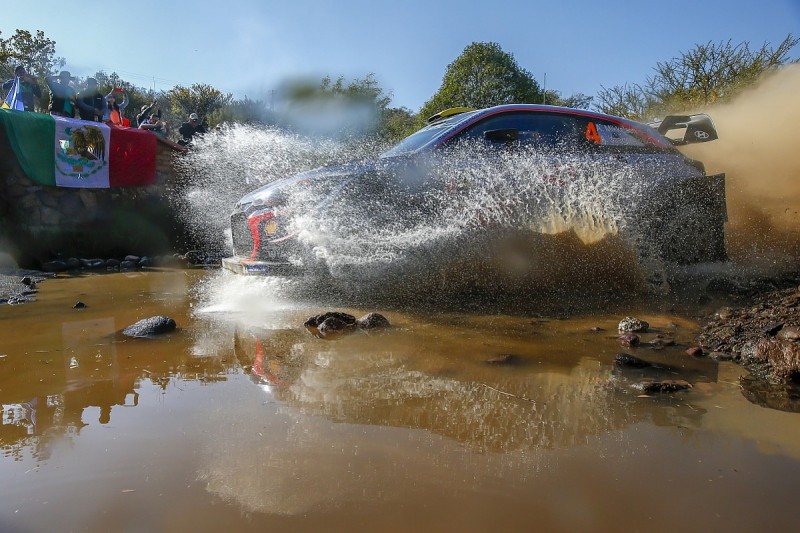 Hyundai team principal Michel Nandan explained that the engine upgrade to the i20 Coupe WRC was always planned in the first quarter of this season.

"The 'joker' concerns the timing system, the timing drive," he told Autosport.

"So far we had chain drive and now we have gear-drive like our competitors. It's a big change, it interfers in a lot of areas: the block [engine] covers.

"It helps a bit in everything: durability's a bit better, it's more precise.

"It was always planned on this engine, but we wanted a bit more mileage before we brought it."

He said: "It's always important to win any rally, but after a difficult event in Corsica it would be nice to have one a little bit more easy here - but Argentina is never an easy rally.

"It's rough, you can have punctures, damage the car, a lot can happen and the competition is so close, all of the cars are really close now."