The Finn's Toyota Yaris WRC will be inspected for engine damage following his retirement on Friday's Amboy stage when running third and closing on the leaders.

Latvala hit a rock in a corner, damaging the suspension, but of more concern for him is the loss of oil from a damaged oil line in the engine bay.

"There was a rock on the inside at the exit of a right corner," Latvala told Autosport.

"I didn't see it at all. It was in the shadows, under the bushes. I felt the impact and immediately the suspension broke.

"It was unlucky, but this is the nature of these roads - there is always a risk.

"One of the oil pipes came out [from the engine]. It took around 25 seconds to switch off the engine - I had to find a safe place to park the car.

"I hope there is not any problems with the engine, I want to come back tomorrow."

Latvala admitted it was one of the most disappointing retirements he had suffered. 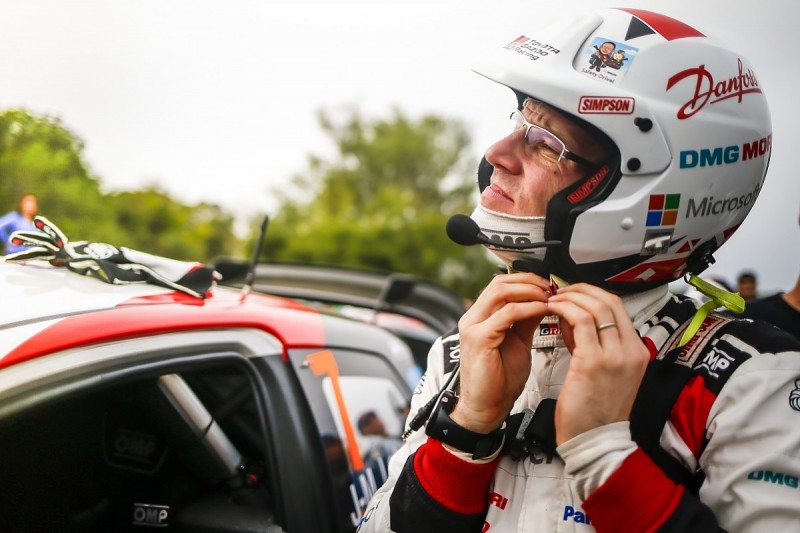 "There is so much frustration here," he added.

"The car was really, really good - I focused so much to this rally after I struggled in Corsica and everything was going so well.

"You don't very often see with Miikka [Anttilla, co-driver], but he was so angry. He knew, we were on a fine pace. It was all working.

"I have done something wrong in my life, it seems I have been a bad person!

"Now I need to go to look at the recce video, for my mind I need to know if that rock was there on the recce or did somebody move it."

Latvala's team-mate Ott Tanak upheld Toyota honour by scorching back to the front of the Argentina field with a string of fastest times after he hit a rock, bent the steering and spun on SS2.

He overcame Hyundai's Andreas Mikkelsen to move into the lead on the Fernet Branca superspecial that began the afternoon stages.