Neuville had controlled the rally from the outset, establishing an advantage that rose above a minute at times.

He was protecting a 51-second cushion over Ogier going onto the sole Saturday afternoon stage, but had to park his Hyundai with right rear suspension damage after running wide on a corner exit just past SS13's halfway point.

That elevated Ogier to first place, and he will start Sunday with a 47s advantage over team-mate Ott Tanak in an M-Sport Ford one-two.

Neuville managed to effect makeshift repairs on the stage and limp to the finish having lost 32 minutes.

Provided he can get the car to service, 30 miles away, Neuville will resume in 15th place overall on Sunday and still eligible to try to score on the powerstage. 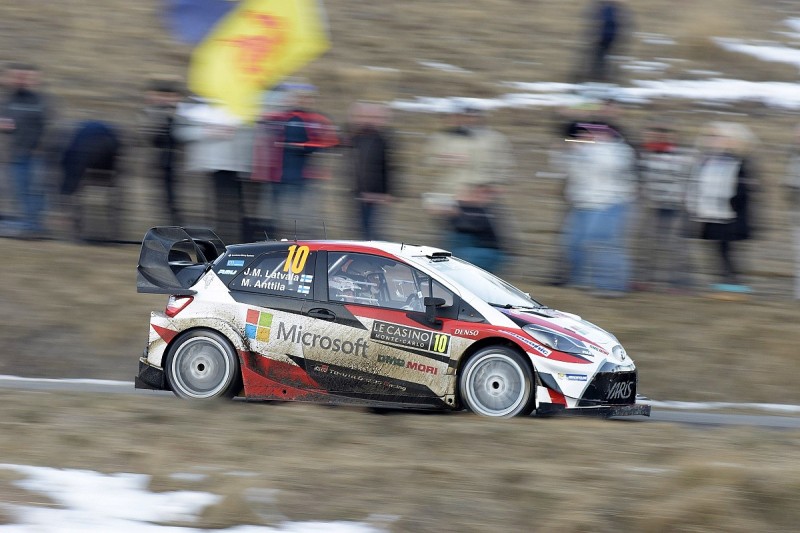 Neuville's drama put Toyota on course for a podium on its return to the World Rally Championship after an 18-year absence, with Jari-Matti Latvala now running third.

Latvala's cushion to those behind grew on Saturday afternoon as well, as a sudden power steering failure sent the second Hyundai of Dani Sordo off the road and left him with an "undriveable" car thereafter.

That dropped Sordo behind Craig Breen, whose previous-generation Citroen has emerged in an unlikely fourth place.

Elfyn Evans was fastest on the Bayons-Breziers stage, meaning he and DMACK took three of the five stage wins on Saturday. He now runs sixth.