Thierry Neuville still leads the Monte Carlo Rally after Friday's World Rally Championship stages, but Sebastien Ogier is back up to second

Ogier fell to ninth when he slid off the road on the morning's opener, and though he recovered to third by the midday service he lost more time at the start of the afternoon as he struggled with slushy conditions when first on the stages.

But while Ogier remained unhappy with the conditions and admitted he was still getting to grips with the unfamiliar M-Sport Ford, he won the day's final two stages and began to make inroads on those in front.

That pace brought him past team-mate Ott Tanak into second, and reduced his deficit to Neuville's Hyundai from 1m12s to 45s.

Neuville lost 19s to Ogier on the 24-mile SS7 alone, feeling he had been too cautious on roads that featured less ice and snow than he had expected.

He was on course to regain a little time on the final stage before stalling at a hairpin and then briefly driving without boost, having not followed the correct engine reset procedure.

Tanak is still within 0.3s of Ogier in third place, and content with his first day back in M-Sport's top team.

Toyota's Jari-Matti Latvala built enough of a margin over those behind to be able to afford a spin on the last stage without losing fourth place.

In his wake, Dani Sordo temporarily lost fifth to Craig Breen with a hesitant performance in the mixed conditions of SS7 before retaking the place when Breen spent a while off the road on SS8. 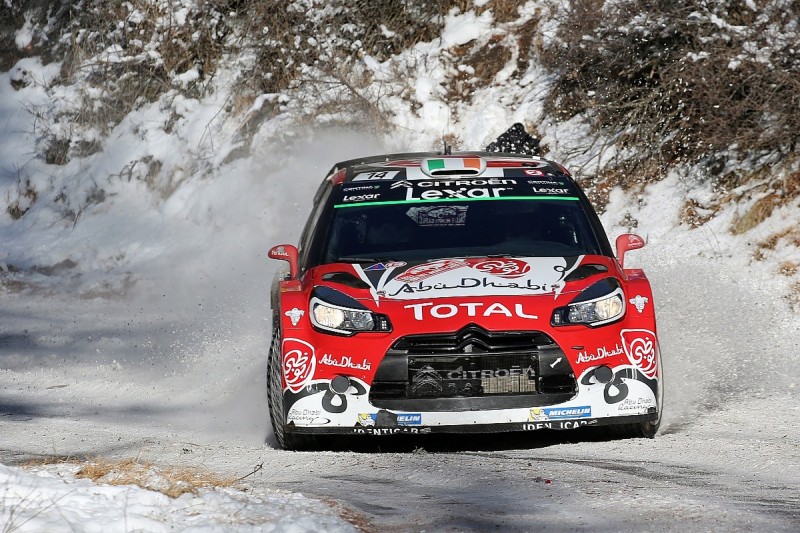 Breen felt his previous-generation Citroen DS3's best chance to get among the 2017 cars was in more slippery conditions, and that the increasingly dry afternoon roads let the machines built to the new rules stretch their legs.

Andreas Mikkelsen continues to dominate WRC2 in seventh overall, while Elfyn Evans is eighth and struggling for grip on DMACK's ice tyre.

Follow the Monte Carlo Rally with Autosport Race Centre Live from 7am UK time on Saturday.