A short and narrow Sainte-Agnès/Peille shakedown stage provided the first glimpse of the new Rally1 cars in a timed environment as they completed final preparations for the rally which begins on Thursday night.

Newly-crowned eight-time champion Ogier, partnered with new co-driver Benjamin Veillas following the retirement of his long-time partner Julien Ingrassia, clocked the fastest time after the four runs by logging a time of 1m50.4s on his third and final run.

Ogier’s final effort was enough to topple Loeb, who set the pace from the outset in his first outing for M-Sport this year.

Nine-time world champion Loeb, also working with a new co-driver in Isabelle Galmiche after splitting with Daniel Elena in 2021, initially set the pace with a 1m53.9s first run aboard the new Ford Puma.

He then lowered that benchmark to a 1m50.9s, only 0.6s shy of Ogier, as he prepares for his first WRC event since Turkey 2020 in a Hyundai.

Last year’s championship runner-up Elfyn Evans put his GR Yaris in third, a second shy of team-mate Ogier, while Thierry Neuville was the quickest of the Hyundai trio in fourth.

M-Sport ensured all four of its Pumas ended shakedown inside the top seven as Frenchman Adrien Fourmaux headed Gus Greensmith and Craig Breen, the latter pairing both hampered by steering-related issues with their Pumas.

PLUS: The WRC star that's earned the right to lead M-Sport's revival

Fourmaux pipped Greensmith by 0.1s, while Breen was a further three tenths adrift. 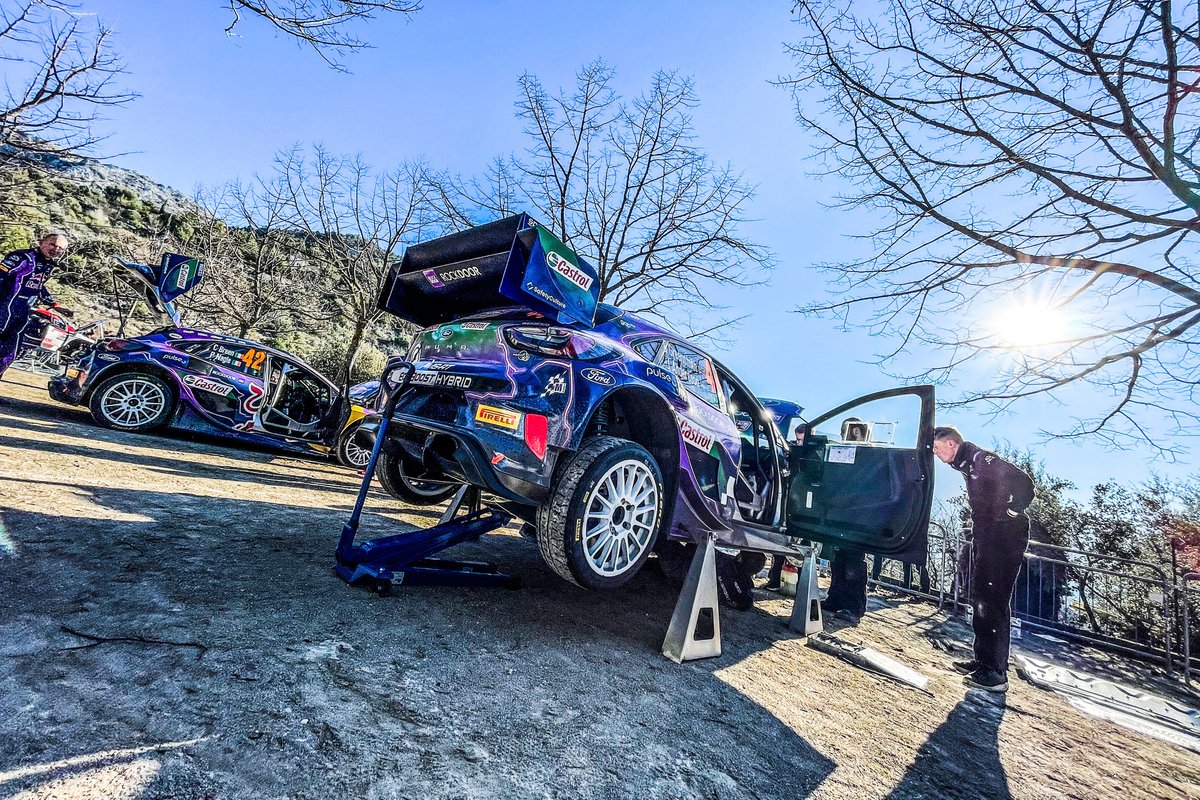 Greensmith and Breen's M-Sport Fords were delayed by steering issues

Team-mate Takamoto Katsuta appeared set to miss the shakedown entirely due to a problem with his GR Yaris, but the Japanese was able to complete the third run in eighth, ahead of Rovanpera.

Hyundai also had issues with Ott Tanak’s i20 N, the 2019 world champion arriving late to the shakedown due to a mechanical issue that left him without hybrid power. Oliver Solberg completed the 11 runners driving the third i20 N.

The rally proper begins tonight with two night stages, beginning with a 15.2km run from Leceram to Lantosque at 19:18 GMT.