Sebastien Loeb has reclaimed the Monte Carlo Rally lead in dramatic fashion after Sebastien Ogier picked up a puncture on the penultimate stage of the World Rally Championship season opener.

The nine-time champion faced a 24.6s deficit heading into Stage 16 after Ogier extended his overnight 21.1s lead on Stage 15, but the M-Sport driver was handed a lifeline when drama struck his rival.

In contrast, Loeb won the stage to open up a 9.5s lead heading into the final Power Stage, as the rally-long fight between the WRC legends is poised for a grandstand finish.

M-Sport’s Craig Breen remains in third position and on course for a fourth consecutive WRC podium, and his first for the British squad. The Irishman is 1m28.3s adrift but comfortably 54.9s ahead of fourth-placed Kalle Rovanpera.

The team confirmed Solberg and co-driver Elliott Edmondson were feeling unwell after breathing in exhaust fumes that had been entering the cockpit of their car over Friday and Saturday.

Toyota duo Takamoto Katsuta and Elfyn Evans are the only other Rally1 entries still running, but are both well adrift of the lead group after suffering crashes on Saturday.

The final day began with Loeb’s hopes of victory given a small boost by winning Stage 14 and taking 1.1s out of Ogier’s 21.1s lead he carried into Sunday. Loeb reported he was enjoying a decent rhythm on the mountain roads while Ogier confirmed that he wasn’t pushing to the limit. 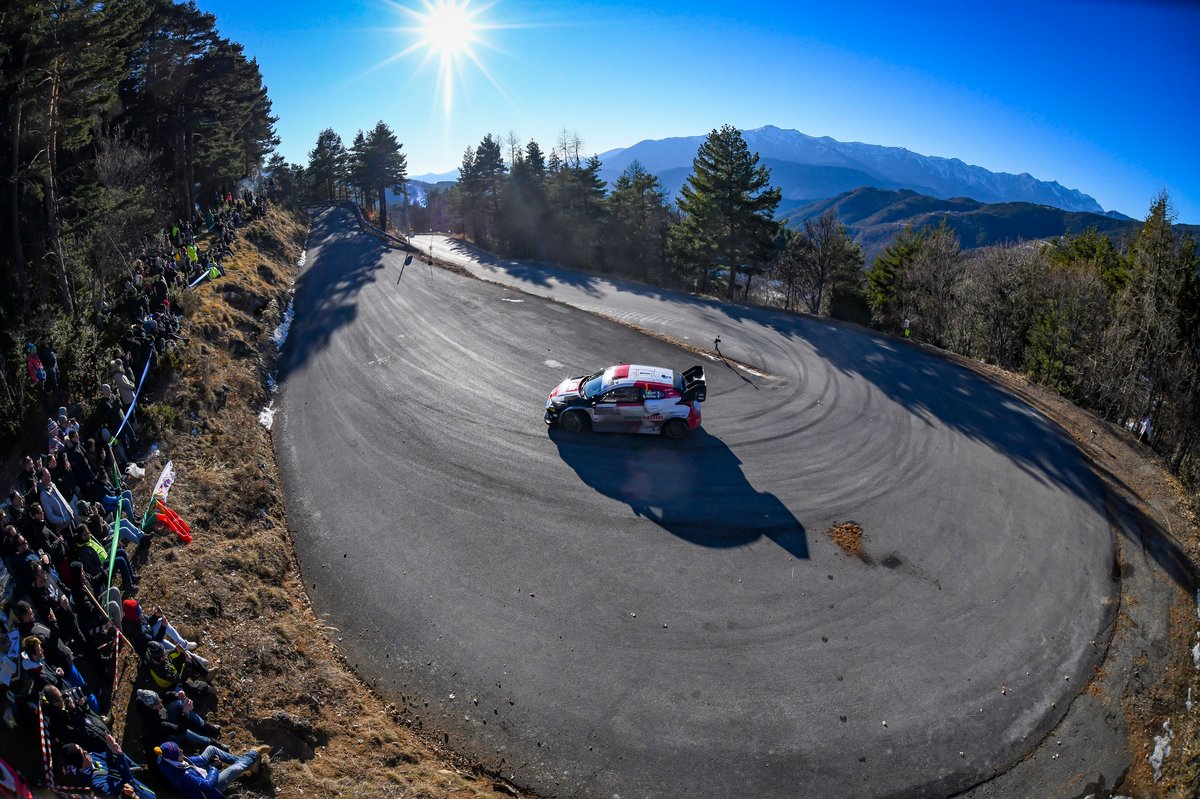 However, on the next stage Ogier restored order by completing the test 4.6s faster than Loeb. The pair were wary of the slippery conditions and the possibility of picking up punctures, but it was Ogier that emerged with a healthy lead.

His fears over punctures came true as his lead would disappear due to exactly that on the next test. Ogier will however fit his spare tyre to ensure he can tackle the final stage.

Ogier was not the only Toyota to hit trouble as Evans suffered a right front puncture on Stage 15 that required him to fit his spare.

Elsewhere, Hyundai enjoyed some joy in what has been a difficult start to the new Rally1 hybrid era, as Neuville claimed the team’s first stage win of the season on Stage 15.