The Citroen driver was running in second place going onto stage four on Friday morning.

Seventeen miles into the 23-mile Aspres les Corps-Chaillol test, he hit a bank and retired with suspension damage to his C3 WRC.

"There's not much to say," Meeke told Autosport.

"It's not unfortunate, I chose the speed for the corner and there was a lot less grip than I anticipated."

Meeke admitted he had been caught out by the conditions in a high-speed section. 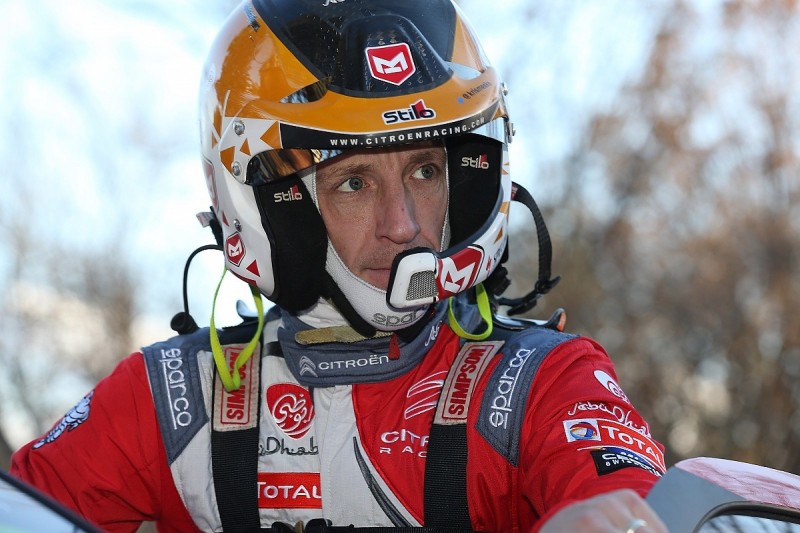 "The road was completely polished, but it looked like snow and with snow you have a bit of substance, a bit of something to take some grip from," he said.

"The conditions are so complicated here, in places the road looks white, but it's snow that's melted a bit and then frozen again overnight.

"It's like glass. With these tyres, when you touch that, you've nothing.

"It was fifth or sixth gear, but that doesn't matter - I was too fast for the corner.

"We slid wide, touched the bank and that spun us around and broke the right-rear."

Meeke will return to the action on Saturday, using the event's final two days as an opportunity to gather more data on Citroen's all-new C3 WRC.

"Obviously a result is out of the question," said Meeke, "but everybody's learning a lot with the new cars and we have to continue and try to adapt to the conditions."