Kubica benefited from cleaner conditions at shakedown after he elected to run further down the order in an attempt to mirror the conditions he will be greeted with when the mainstay of the action starts on Friday.

"I had quite a good feeling straight away and the grip was better than I expected," said Kubica.

"It helped that we waited to let the others go because I'll be at the back of the start order tomorrow so there was no point in running at the front on a fresh road.

"The stage had a bit of everything, but was maybe lacking high speed corners which we will get during the next days. 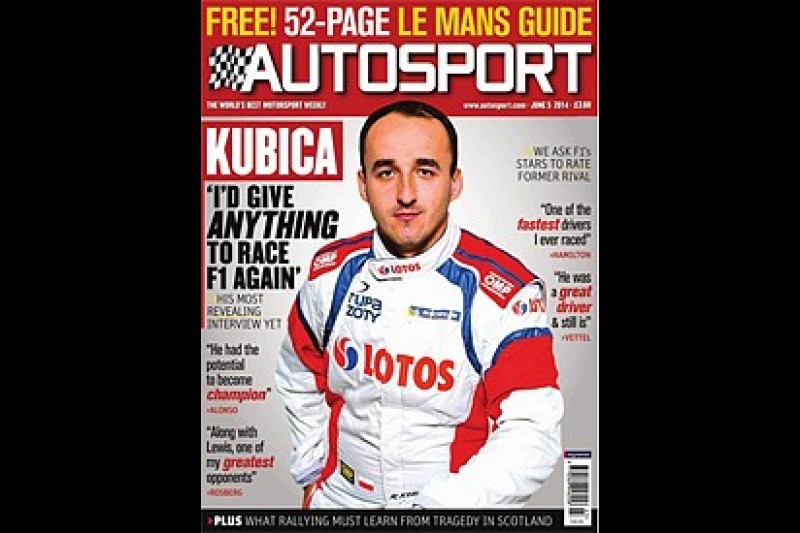 "There were narrow parts and bumps but generally it was a lower speed stage rather than a high speed one."

The top three drivers were split by just three tenths of a second, with VW men Ogier and Jari-Matti Latvala a tenth and two tenths down on the Pole respectively.

Volkswagen's shakedown was not entirely straightforward, however. Norwegian driver Andreas Mikkelsen stopped for one minute with an electrical fault on his first run. His second shot at the stage was good enough for fifth fastest.

Henning Solberg slotted in between the VWs in fourth.

This week's AUTOSPORT magazine - available in shops and online - features an in-depth interview with Robert Kubica about his career, Formula 1 and rallying

Kris Meeke: internet coverage should be WRC's focus not TV