The Volkswagen driver achieved his seventh win of the season despite languishing in fifth place on Friday, half a minute behind a stunning lead fight.

Indeed in the early stages both Ogier and his retiring former arch-rival Sebastien Loeb were overshadowed in front of the local fans as Dani Sordo, Jari-Matti Latvala and Thierry Neuville battled in the top three.

Ogier admitted that after clinching the title on Thursday night, when the bonus points powerstage that usually concludes rallies was held, he was not fully focused on the first full day.

He soon raised his game and charged back into the lead fight.

Neuville and his flying M-Sport Ford looked like he might be out of Ogier's reach as he pulled away in the lead towards half-distance.

But Neuville ran wide and damaged a tyre on Saturday afternoon, resulting in a messy stage that cost him over a minute.

It did not last long, though. Loeb crashed out of his WRC swansong on Sunday morning's first stage, where a blistering time from Ogier thrust him into the lead.

Ogier did not look back after that, resisting a final flurry of pace from Sordo's Citroen to win by 12 seconds. 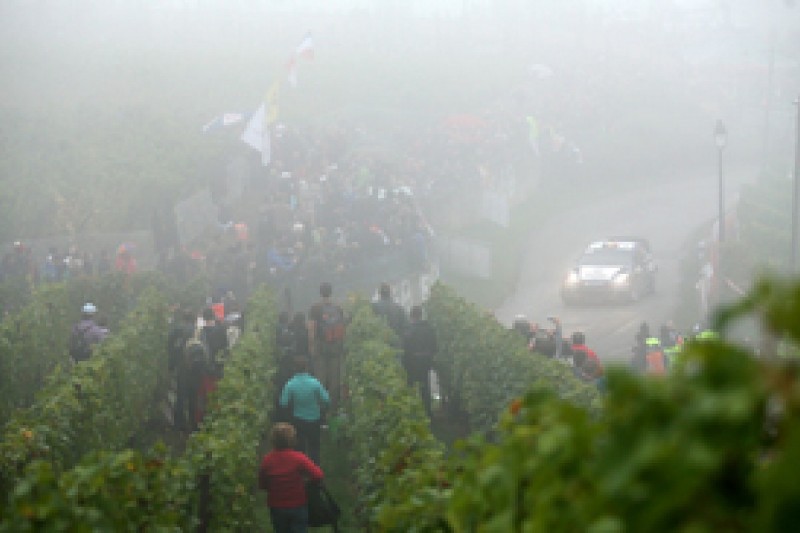 Latvala fell away in the final morning's muddy conditions and settled for third, with Neuville a distant fourth.

This pair had joined Andreas Mikkelsen and Mads Ostberg in a battle for the lower points positions. Ostberg ended up at the back of this pack following brake issues on Sunday.

Robert Kubica dominated WRC 2 and finished ninth overall, ahead of 2010 Le Mans 24 Hours winner Romain Dumas, who was driving a WRC Ford on his home event.

The WRC 3 and Junior WRC titles were also settled in France, being clinched by Sebastien Chardonnet and Pontus Tidemand respectively.