Running first on the road, Tanak led the way after the opening loop on Friday, but lost the lead to team-mate Jari-Matti Latvala in the afternoon.

The Estonian swapped the lead with Latvala on an ultra-competitive Saturday morning after which the top four crews were split by just 2.6s.

Tanak eventually broke clear on Saturday afternoon following dramas for team-mates Latvala and Kris Meeke, and went on to secure the maximum 30 points with victory in the Powerstage from title rival Thierry Neuville.

"It's been a big weekend," said Tanak post-rally.

"I was really devastated [after losing victory on the final stage in Rally Sardinia], but we've had the perfect weekend, so we need to continue like this now."

Citroen's Esapekka Lappi recorded his first podium since Sweden in February with a morale-boosting second place behind Tanak. The 2017 event winner was the only non-Toyota to challenge for victory, winning two stages and beating Latvala by 7.6s at the finish. 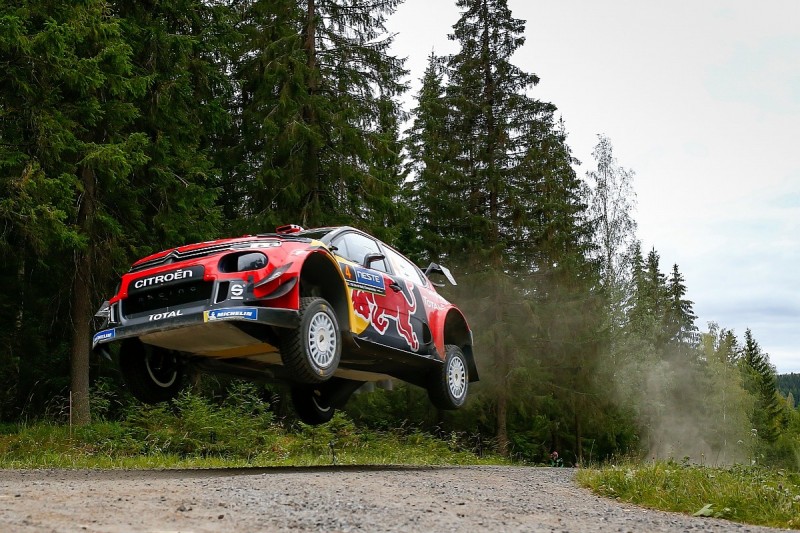 Latvala had an up-and-down event, having led the way on Friday evening and briefly on Saturday before suffering a left-rear puncture - his second in two days - on the Kakaristo stage.

The Toyota suffered extensive rear bodywork damage and lost over 14s to Tanak.

This came shortly after team-mate Meeke crashed out of third place, who hit the same rock on the outside of a fast right-hander.

Meeke broke his rear suspension and restarted on Sunday, but the Northern Irishman was forced out again after hitting another rock on Ruuhimaki.

Andreas Mikkelsen was the best of the Hyundais in fourth place, coming out on top after a close battle with six-time champion Ogier.

The pair swapped places on Saturday afternoon, with Mikkelsen taking a 2.6s margin into the final day. Ogier - who battled illness over the weekend - closed to within one second of the Norwegian, but Mikkelsen responded with the fastest time on the penultimate stage (Laukaa 2) to edge Ogier by 2.7s.

Thursday pacesetter Neuville had a disastrous opening loop on Friday as the Hyundai driver struggled with set-up issues on his i20 WRC.

The Belgian dropped 10s to Tanak on SS2 (Oitilla) and shipped a further 5.8s in the afternoon loop.

Neuville eventually gained a position on Sunday morning at the expense of Hyundai interloper Craig Breen, who checked in late for SS22 (Laukaa 2). This handed Neuville, who picked up four points in the Power Stage, sixth place behind Ogier. 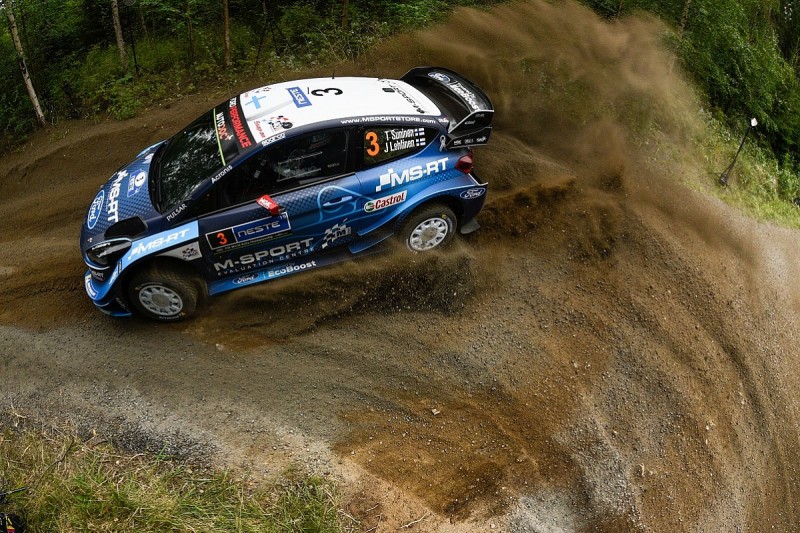 Greensmith, standing in for Elfyn Evans following the latter's injury sustained at Rally Estonia, ran 10th for the bulk of the event before sliding backwards into a tree on SS21, forcing him and co-driver Elliot Edmondson out.

Eric Camilli gave the new Ford Fiesta R5 a first WRC finish on what was essentially a test, some 4m41.6s behind Rovanpera.

In the WRC2 privateer category, Nikolay Gryazin came out on top on the final day after rally-ling leader Pierre-Louis Loubet crashed out on Saturday evening's final stage.