Tanak increased an overnight 3.8s advantage over Lappi into a 9.5s lead at the end of a wet Saturday morning loop of gravel stages.

The wet weather played into the hands of Rovanpera, who managed to win two of the four stages to leapfrog team-mate Elfyn Evans into third overall. He now sits just 12.9s behind Tanak.

Evans also claimed a stage win and remains in the mix, 17.9s in arrears, as the top four broke away from the rest of the field.

Hyundai’s Thierry Neuville made the most of mistakes from Toyota’s Takamoto Katsuta and M-Sport’s Craig Breen to rise to fifth, as the Irishman retired for the second rally in a row after sustaining damage on Stage 12.

Evans made the best start to the day as he won Stage 11, held in damp conditions. The Welshman pipped Rovanpera by 0.7s, but the latter’s pace in the tricky conditions was a sign of things to come.

Rally leader Tanak also adapted to the inclement wether well to take 2.8s out of Lappi, who struggled for grip in his GR Yaris.

The rain intensified for the next test, which suited Rovanpera given the Finn has been the class of the field this year when conditions become slippery. The Finn duly delivered his first stage win of the rally, which put him ahead of Evans into third overall.

At the front, Lappi lost more time to leader Tanak when he overshot a junction, a carbon copy of an error made by his Toyota team-mate Katsuta as braking points became hard to judge. 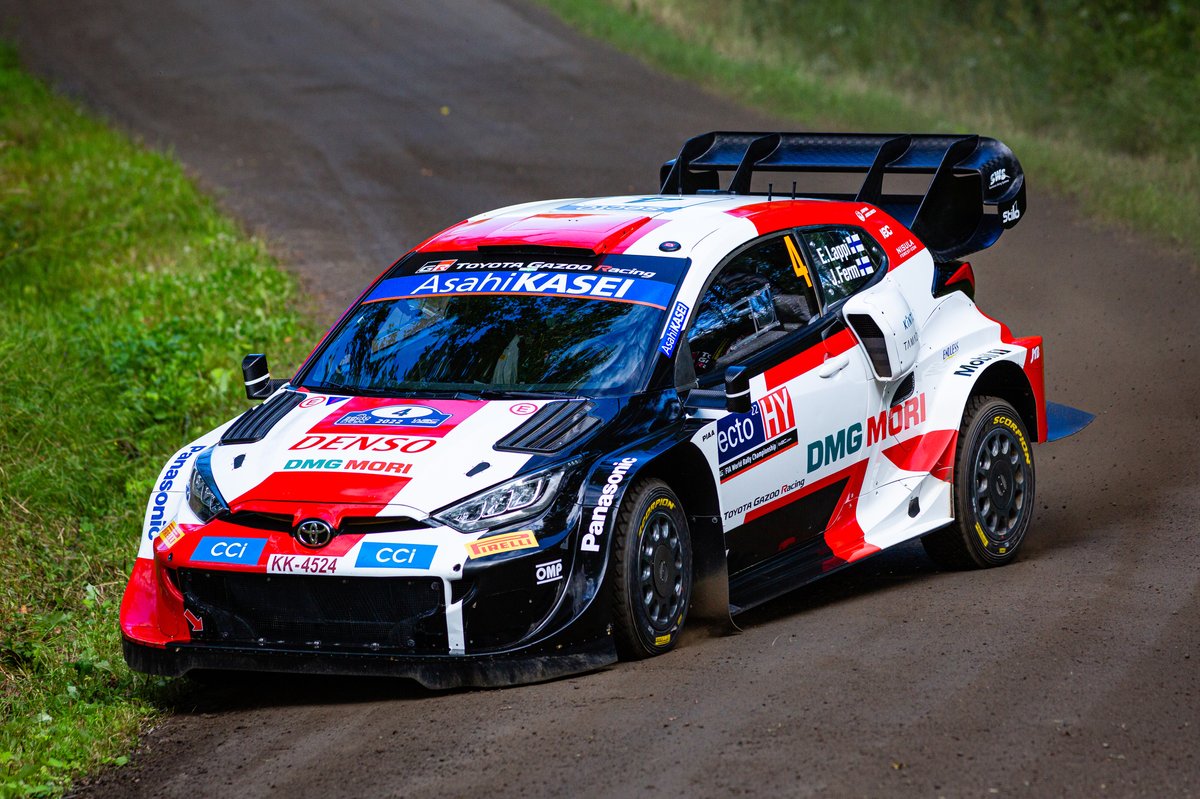 Lappi remains second, but is set to come under pressure for the position from Rovanpera

Tanak continued his impressive display to trail Rovanpera by only 2.5s, but was crucially 1.8s faster than Lappi, which allowed the Estonian to increase his rally lead.

Stage 12 proved to be a disastrous one for Breen, who crashed out of the rally while occupying fifth position. The Irishman misjudged a crest, resulting in his Puma hitting a grass bank littered with rocks that ripped the right rear wheel from his car and ended his day prematurely.

Breen’s M-Sport team-mates Adrien Fourmaux, Pierre-Louis Loubet, Gus Greensmith and Jari Huttunen, who were among the first to encounter the heavy rain, survived severe aquaplaning to reach the stage end.

There were no such problems fro Rovanpera, who went on to win the next test, Stage 13, despite declaring that this run was “not a good stage for me - I don't like it so much and there are some seconds I could take off”.

However, Rovanpera was still 1.7s faster than Lappi while Evans was third fastest. Tanak was fourth quickest after a surviving a small moment that cost him 1.6s to Lappi.

Behind, there was yet more misfortune for Rally1 debutant Huttunen, who suffered a power steering issue after a fuel pressure problem robbed the Finn of eighth overall on Friday.

Tanak restored his advantage over Lappi and extended it with victory on the final stage of the morning loop after defeating Rovanpera by 1.3s.

“It was a good stage with no real moments,” said Tanak. “I was in a very good rhythm and it was all we could do.” 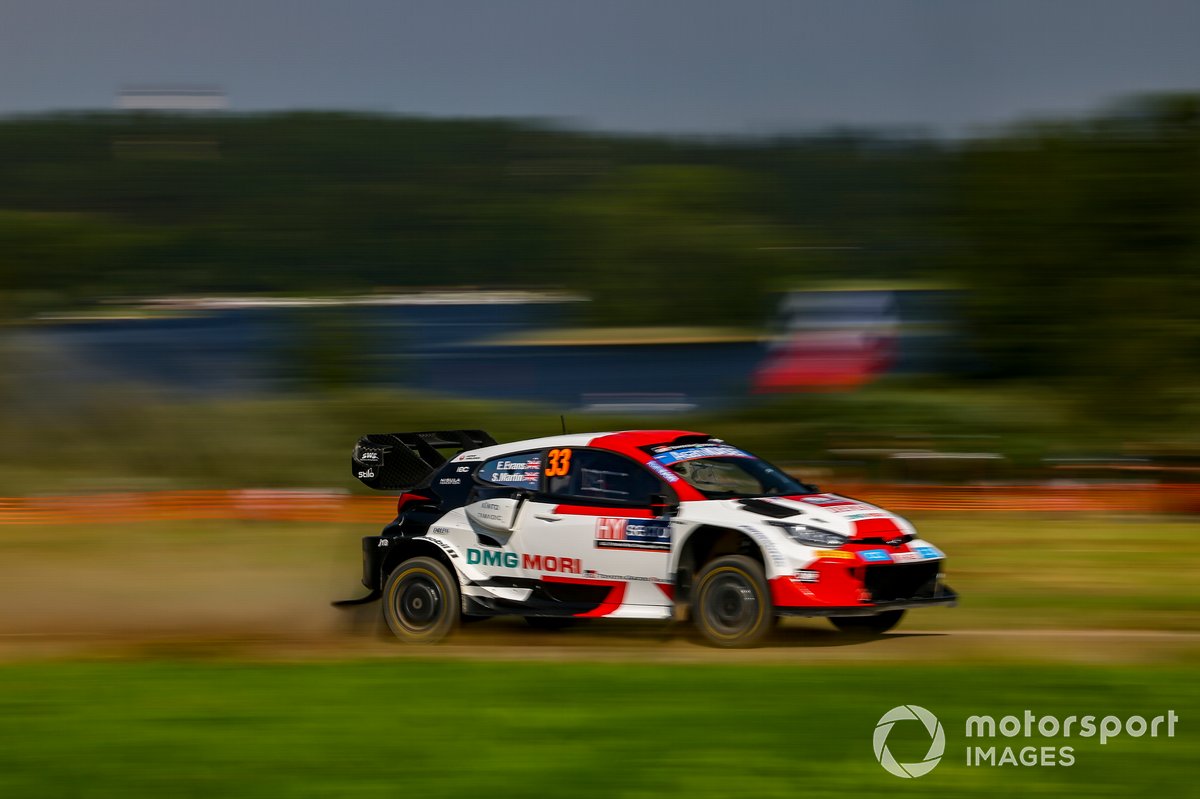 Evans has lost third to Rovanpera, but remains in touch in fourth

Rovanpera however was lucky to reach the stage end after an off that he put down to a wrong pacenote.

“We tried - we are lucky to be here,” said Rovanpera “I had one note wrong, a too fast note so we went completely off the road. But that’s rally sometimes, we’re here so all good.”

There was little to separate the top four but Lappi was the slowest of the quartet which resulted in Tanak’s lead increasing to 9.5s.

The teams will complete a second pass of the morning stages this afternoon.