Last month's Coffs Harbour-based event was lambasted by the drivers for what they saw as dangerously dusty conditions on the sole dark stage run in New South Wales.

Rally Australia officials' admission that they would be repeating the exercise next season drew an angry response from the drivers.

Topics discussed included concerns over competing after-dark on hot gravel rallies and the lack of a monsoon-style emergency wet weather tyre for asphalt.

Citroen's Kris Meeke welcomed the opportunity to talk to the president in person, but said boycotts remained an option.

"I'm not about to start saying who will and who won't start a stage or what might happen," said Meeke.

"As drivers, we are employees and we'll talk to our employer about this.

"We'll be sensible, we'll get together and we'll work this out. And talking to Jean Todt was, as always, very useful.

"But, if somebody could give me one, just one, single thing that stage added to Rally Australia, I'd be very interested to hear it.

"And then I'll give them 10 reasons why it was stupid. I've heard some ridiculous arguments about fog being the same, it's not.

"It's the premeditated nature of the argument in Australia that gets me - they knew there would be dust and they sent us in anyway.

That stance was backed by the team principals, with Volkswagen's Jost Capito saying: "If something is not safe then I won't let out drivers out and, for me, the night stage doesn't add anything but risk.

"The spectators don't see anything, the TV is nothing, and we don't get the press release out [in time].

"This is nothing against night stages, it's the dust in the darkness - that is irresponsible."

Todt underlined safety was the FIA's priority but wanted to investigate if the Australia situation was as bad as drivers had described.

"Times have changed and this is a good thing. The situation is much safer [now], but never as safe as we want it to be.

"If it is true that after five minutes it was blocked with dust [in Australia], this is not acceptable.

"But if it's not like this then I will encourage more organisers to run the night stages."

He remained resolute in his support for the concept of night stages and longer days.

"I love motorsport and rallying and I don't dream about starting at nine o'clock [in the morning] until one, when you stop for lunch, then leave at three and be back at seven before dinner," Todt said. 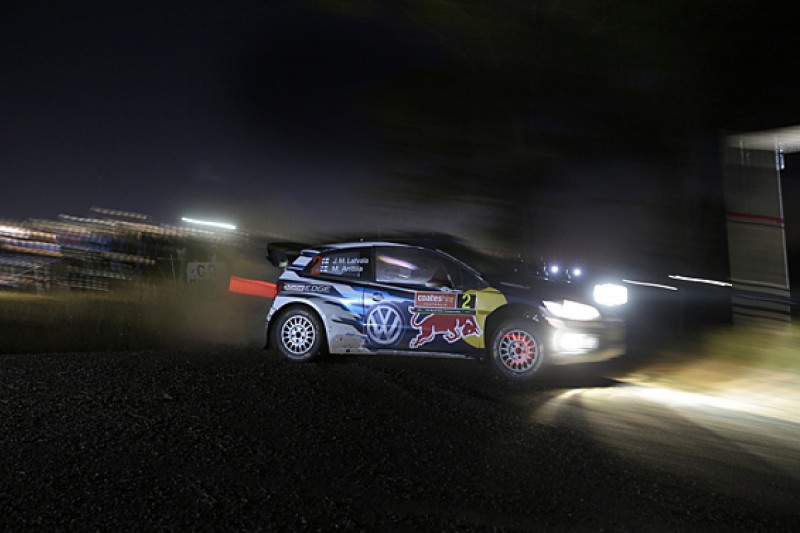