Rovanpera emerged as the class of the field winning three of the four morning stages held on slippery wet asphalt as he made the most of the clean conditions being first on the road.

The Toyota driver ended the loop with a 12.5s lead over Neuville, who produced a solid display for Hyundai, with team-mate Ott Tanak, 47.3s adrift in third.

Craig Breen will head in to the afternoon stages in fourth, only 1.9s shy of the final podium position. M-Sport team-mate Gus Greensmith completed the distance in fifth. But it proved to be a challenging day for the Ford squad, who lost Adrien Fourmaux to a spin off the road on stage 3, while Pierre-Louis Loubet retired after suffering three punctures in two stages.

Elfyn Evans also suffered two front left punctures across the morning stages which left him 2 minutes and 1s adrift in eighth, behind Oliver Solberg and Takamoto Katsuta after Toyota’s Esapekka Lappi retired on the opening stage.

The rally began in an eventful fashion as crews grappled with the slippery conditions and a road that became increasingly dirtier as drivers dragged mud onto the surface from cutting corners.

Rovanpera set a blistering time on the first test, winning the stage by 4.1s from Neuville, who was lucky to escape from an excursion into a ditch on the exit of the third corner. 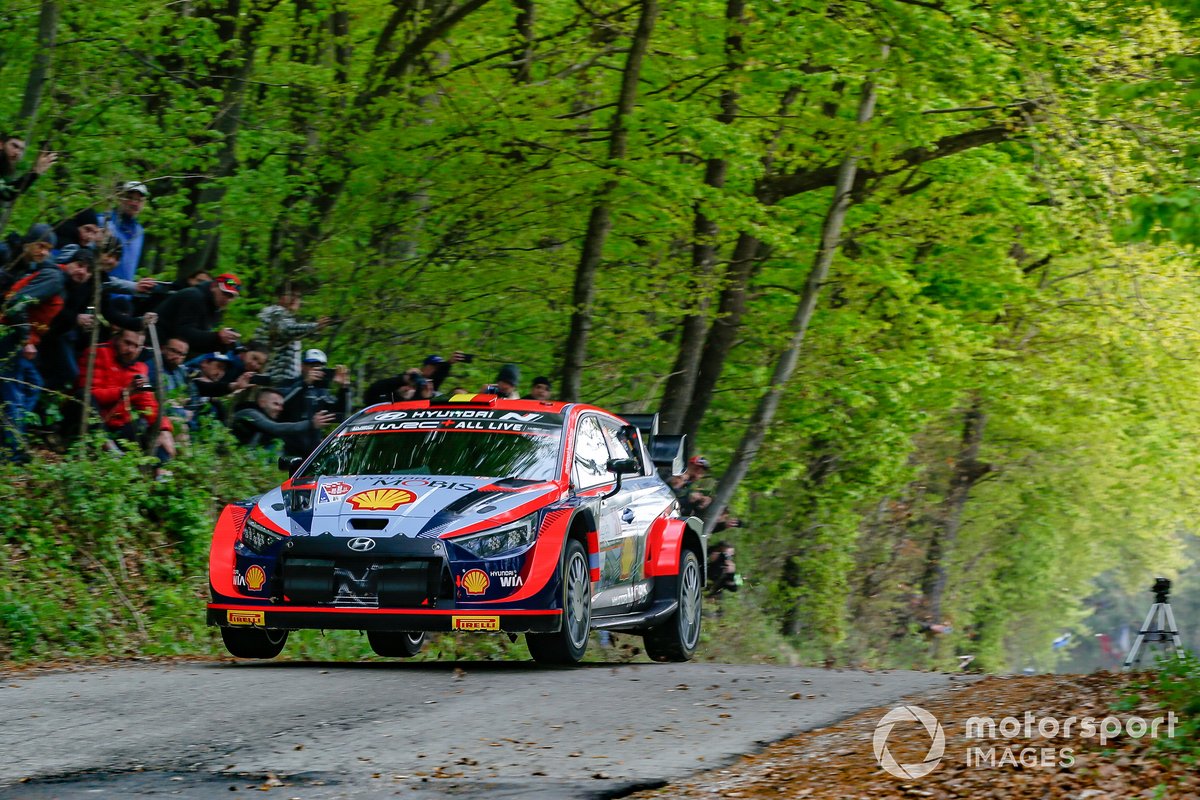 The Belgian labelled the stage “horrible” and the challenging road was winning few fans among the drivers.

Breen emerged third fastest ahead of Tanak while Greensmith was fortunate to wrestle his car back on the road after a wild moment that resulted in his Ford Puma climbing a grass bank, narrowly avoiding a tree.

Solberg also lost time to a spin but worse was to come for Toyota’s Lappi and Evans, and M-Sport’s Loubet.

Lappi clipped a rock while cutting a right hander which damaged his front right suspension, ending his day early on his Croatia debut, while Evans picked up a front left puncture and lost 1minute 20s.

Meanwhile, Loubet could count himself unlucky as the Frenchman picked up punctures to both his front tyres, but was able to replenish his rubber having carried two spares.

Rovanpera continued his impressive start by winning the second stage and again Neuville emerged as his nearest rival, albeit 7.5s adrift.

Breen lost his grip of third overall to Tanak after the Irishman dropped 12s when he suffered a moment on the wet roads. The M-Sport driver ran wide on a left hander and elected to take evasive action by running up a grass bank avoiding a water hydrant in the process. 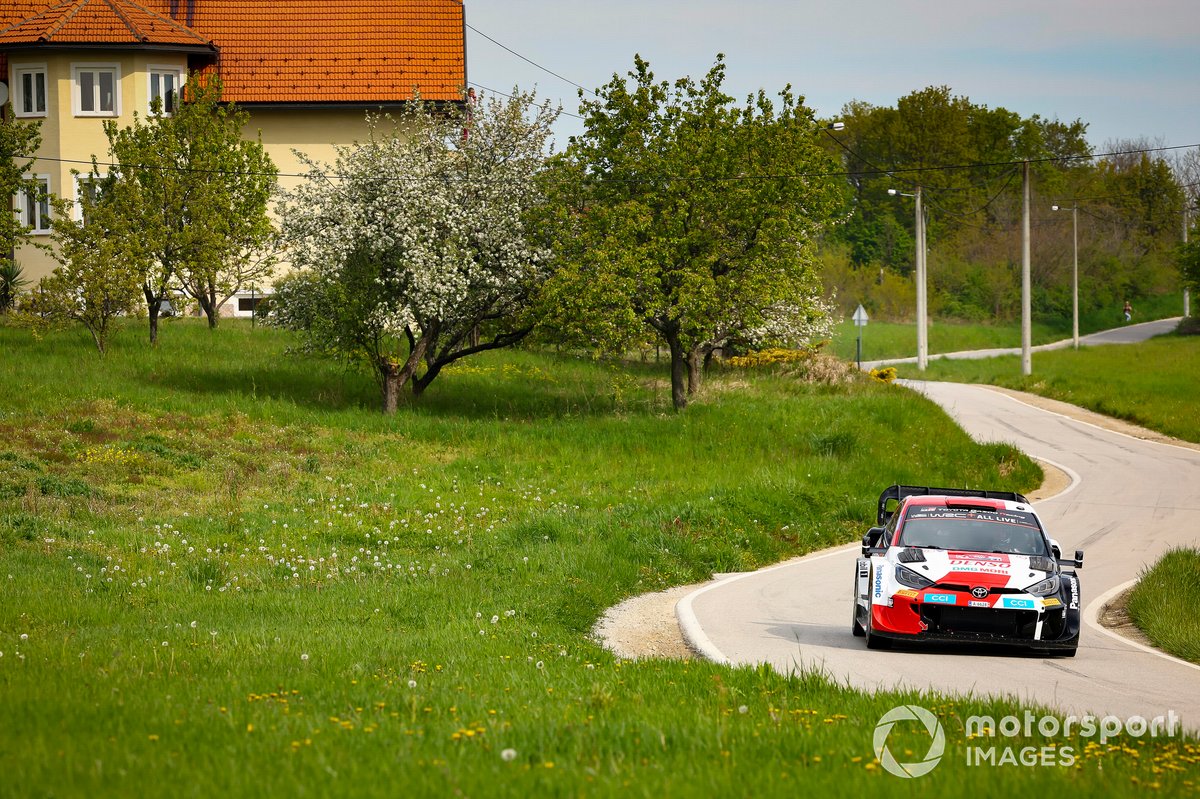 Behind, team-mate Loubet suffered even more misfortune, as he incurred a third puncture of the day, which ruled him out of the remaining stages on Friday.

The rain returned at the start of the third stage but it failed to dampen Rovanpera’s charge although he was unable to complete three consecutive stage wins.

Team-mate Evans issued a response after his slow start to the rally to take the honours in stage 3, posting a time 2.6s faster than Rovanpera, while Tanak was third and Breen fourth.

Up until this point Fourmaux was the only M-Sport driver to avoid trouble. However, that ended 200m into the stage when he lost the rear of this Puma and speared through a hedge, before coming to rest in a garden. The Frenchman didn’t start the final stage of morning.

Rovanpera wrapped up a strong opening morning by winning the final stage before service held in heavy rain. Neuville kept the pressure on the Finn, to sit 0.7s back while Breen made up 6.1s on Tanak in the battle for third.

After suffering his second puncture of the morning, Evans managed to limit the damage by dropping only 16.8s.

The crews will repeat the morning loop of stages this afternoon.