Rovanpera headed into the final power stage 1.4s behind Tanak after losing grip on a rally lead he held from Stage 1 when a sudden downpour turned the rally on its head in the penultimate stage.

However, Rovanpera produced a stunning drive on the final stage to beat Tanak by 5.6 seconds to take victory by 4.3s, and scoop the five power stage bonus points.

The Finn set up the victory by winning six of the eight stages on a wet Friday but then witnessed his 1m23s lead over Tanak reduced to 16.8s after suffering front left puncture in the rain on Saturday. He was able to recover to hold a 19.9s advantage heading into Sunday.

After recovering from a puncture on Friday afternoon, Tanak fought hard and looked on course for a possible victory after making the most of his wet and hard tyre mix in the rain on Stage 19, only to be denied at the last stage by Rovanpera.

Hyundai sealed a double podium as Thierry Neuville finished third, but only after dramatic finish to the final stage that saw his i20 N almost flip when he ran into a ditch. After recovering from the moment with a front right and left rear puncture, he was able to complete an impressive recovery after a series of penalties and misfortune.

The Belgian had ended Friday's morning loop 12.5s behind rally leader Rovanpera before his rally began to unravel. First an alternator failure required Neuville and co-driver Martijn Wydaeghe to push their stricken i20 N 800m into service where they checking in four minutes later and incurred a 40s penalty. 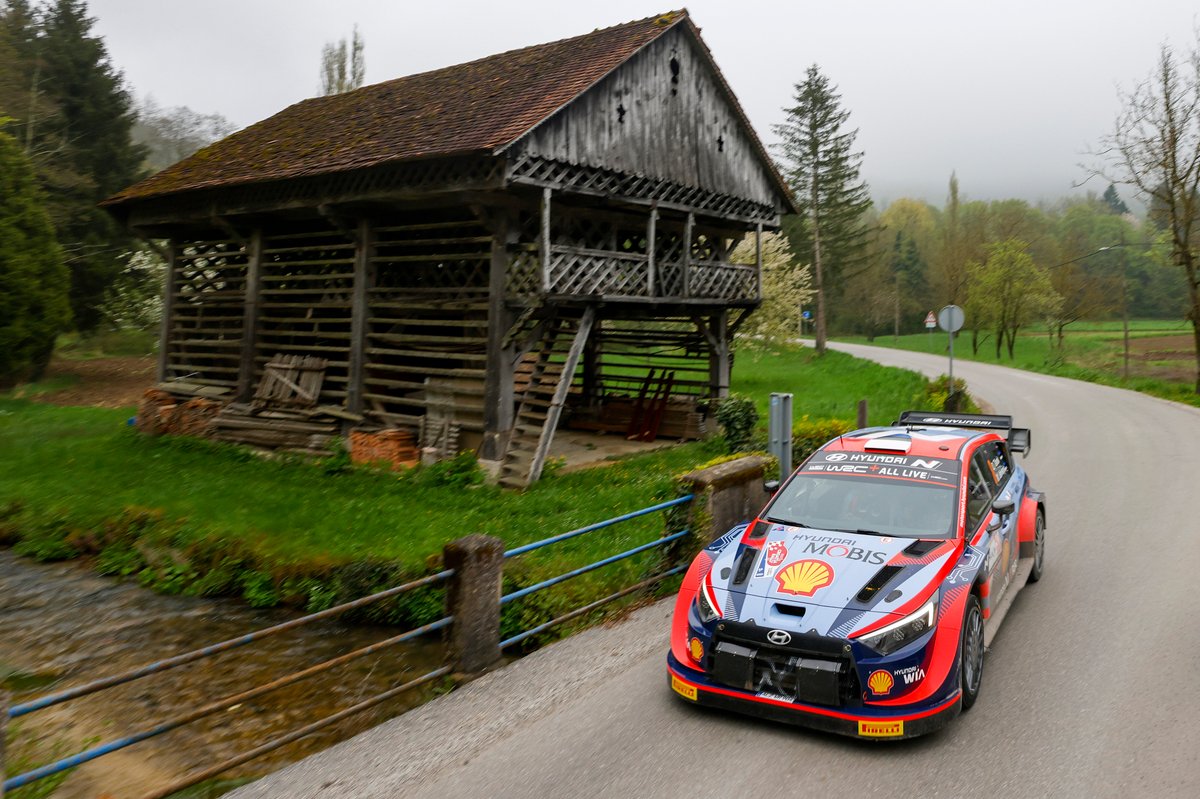 The pair were then given a one-minute penalty and a €1,900 fine on Friday night after being clocked driving at 156kph on a road section limited to 80kph following Stage 4, dropping the duo from second to fourth heading into Saturday.

Neuville was then hit with another 10s penalty after hybrid issue prevented them from leaving service on time. However, a charging drive on Saturday afternoon and into Sunday saw him overhaul Breen, who had held third since Friday evening.

Breen had led M-Sport’s attack throughout the event but was left to settle for fourth after witnessing a 4.9s advantage over Neuville evaporate on Sunday.

Elfyn Evans picked up much needed points in fifth after his hopes of a podium were dealt a heavy blow on Friday after suffering two front left punctures, and was unable to recover the lost ground.

Evans was elevated into fifth after Hyundai’s Oliver Solberg retried from the rally after crashing out on Saturday’s Stage 9. The Swede had driven well on his Croatia having navigated through the first two days, with the only blemish a brush with an armco barrier.

However, his event came to an end following a high-speed crash that resulted in his i20 N catching fire once it had come to rest against a grass bank. The crew escaped unharmed.

Toyota’s Takamoto Katsuta came home in sixth as the last of the Rally1 runners to complete the full rally distance. The Japanese driver was among a list of six drivers to suffer from a spate of punctures. 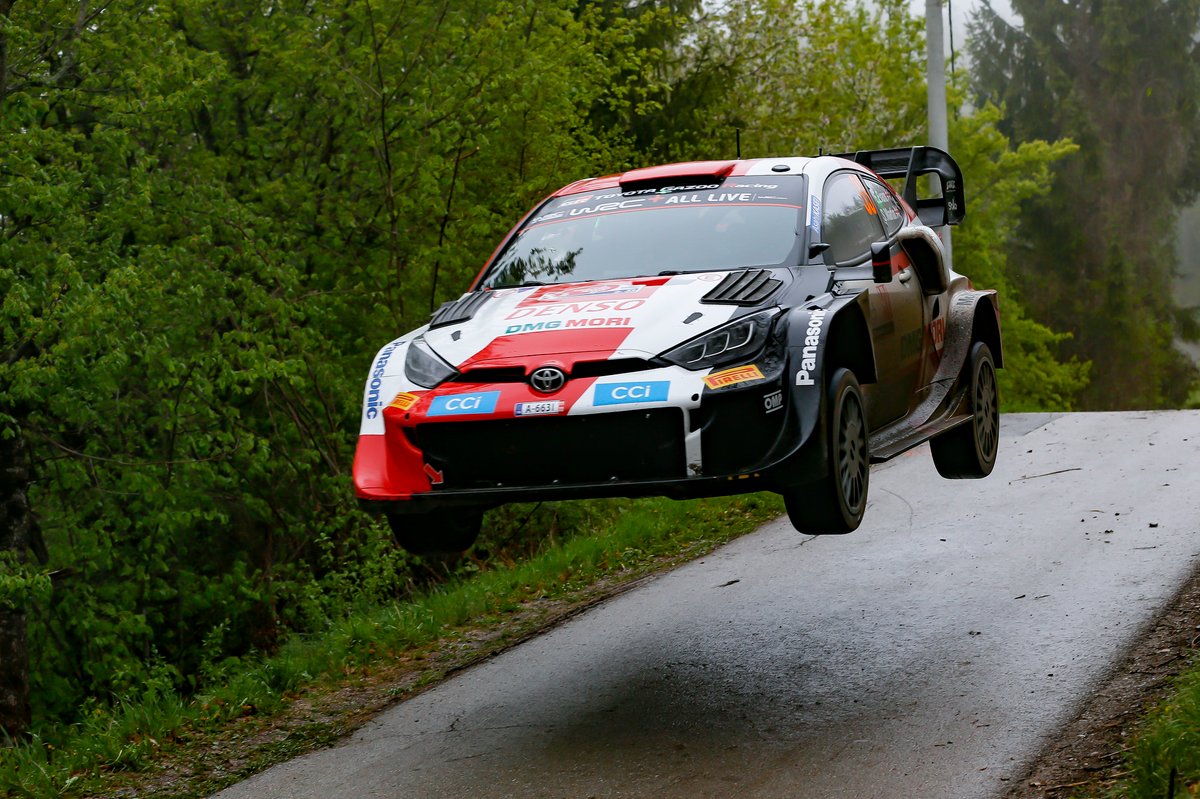 M-Sport’s Gus Greensmith suffered five tyre failures, four on the wet compound, which forced him to retire on Friday night. Team-mate Pierre-Louis Loubet picked up three punctures in the opening two stages that also derailed any hopes of securing points on his WRC return. The duo returned to action on Saturday but the same could not be said for the other M-Sport entry driven by Adrien Fourmaux.

The Frenchman was caught out by a wet patch of road on Friday’s third stage which resulted in his Puma spearing through a hedge and into a garden belonging to a residential property. Chassis damage prevented M-Sport from repairing the car on site.

Toyota’s Esapekka Lappi was another driver caught out on the opening day as he clipped a boulder on the event’s first stage that caused significant damage this GR Yaris’ front right suspension. The Finn returned on Saturday and went on to claim four stages wins across Saturday and Sunday.