World Rally Championship leader Kalle Rovanpera is on course to claim victory at Rally Croatia after extending his lead over Hyundai’s Ott Tanak on Sunday morning.

In a bid to try to reel in Rovanpera’s 19.9s overnight margin, the Estonian opted for an alternate tyre strategy, but lost significant time on the day’s opening stage to put the hard tyre-shod Rovanpera in the box seat for victory.

Neuville, who held second on Friday evening before being hit with a one minute time penalty when a suspected alternator issue caused him to clock into service late, opened up a 7.8s gap over Breen heading towards the asphalt event’s climax.

Elfyn Evans held onto fifth position ahead of Toyota team-mate Takamoto Katsuta, who completed the Rally1 runners that have run the full distance.

Toyota’s Esapekka Lappi once again lit up the timing screens kicking off the final day by scoring his fourth stage win of the event on Stage 17.

The Finn, who rejoined the rally on Saturday having retired after clipping a boulder on Stage 1, set a blistering time which was 0.8s faster than rally leader Rovanpera.

However, it was Rovanpera’s effort that was the talking point as the Finn’s decision to opt for hard tyres paid dividends on the dry asphalt road. He took 11.2s out of nearest rival Tanak, leaving him 31.1s behind with three stages left to run.

“The tyres aren't working, it's quite dry,” said Tanak. “We were scared quite a lot with the possible rain and now it's quite sunny, but we had to take the gamble.” 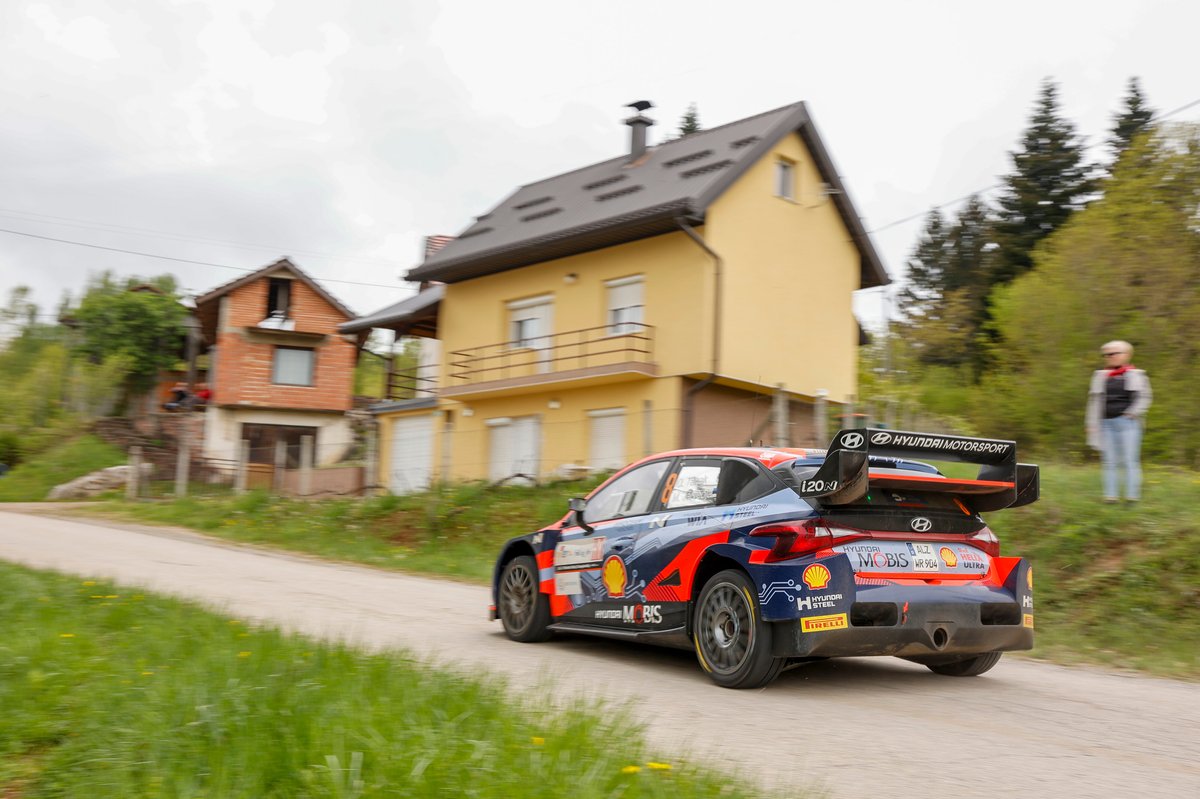 Behind, the battle for third intensified as fourth-placed Neuville took another 0.4s out of Breen, bringing the gap in the fight for third down to 4.5s.

Neuville’s charge continued as he delivered arguably his best drive of the event to win Stage 18.

Despite encountering tricky roads featuring slippery muddy sections, the Belgian blitzed the 14.09km test to beat Tanak to the fastest time by 4.8s, making full use of his mix of hard and soft tyres.

More importantly however, Breen struggled on his hard tyres and dropped 12.3s, handing third to the Hyundai driver.

“I had a good stage,” said Neuville. “We will continue and see - we want that podium and we're going to get it.”

The stage seemed to favour softer rubber, as Tanak managed to claw 2.7s back on rally leader Rovanpera.

Lappi’s strong start the day came to a halt on the stage as he overshot a junction that put him last of the Rally1 runners on the stage.

Two more stages lie in wait for the crews to navigate.