Reigning World Rally champion Ott Tanak has crashed out of the 2020 Monte Carlo Rally on his Hyundai debut, after a spectacular high-speed off on Friday morning

Tanak ran out of road at high speed exiting a right-left kink and his i20 Coupe WRC dropped down a ditch before entering a lengthy barrel roll.

Both Tanak and co-driver Martin Jarveoja appeared unharmed as they exited the car, while Hyundai said both were taken to hospital for precautionary medical checks "as is standard procedure following a crash of this nature".

Tanak was placed fourth overall at the start of the stage, 10.3 seconds behind the leader, his team-mate Thierry Neuville.

Neuville however lost the lead of the rally on SS4 to Toyota's Elfyn Evans who has topped both of the Friday morning stages so far on his debut for the team. 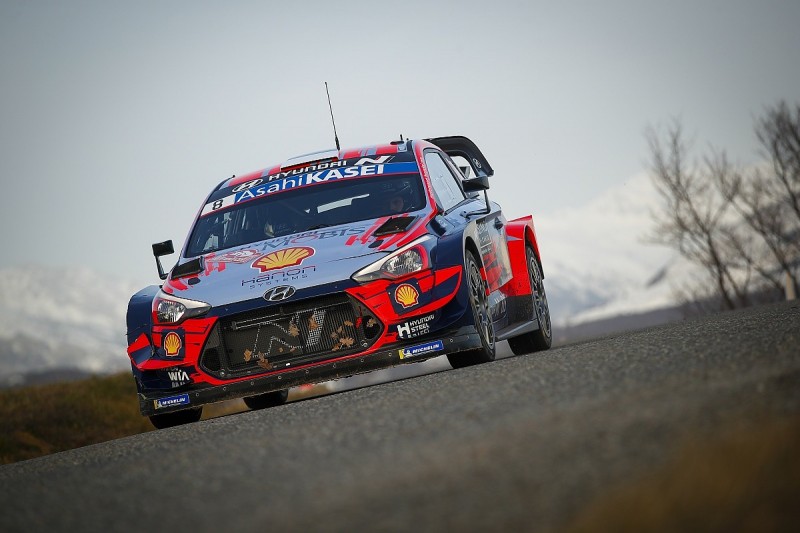