Ogier clinched a sixth WRC title in a row in Australia on Sunday, in what will be his final rally with Malcolm Wilson's team before he and co-driver Julien Ingrassia return to Citroen.

He had joined M-Sport Ford after Volkswagen's abrupt withdrawal at the end of 2016, and has twice defeated full factory opposition to continue his title run.

"I didn't know what to expect. How could I?" Ogier told Autosport of his decision to join M-Sport.

"But when I signed, I would have signed for less than this. It's been incredible, just an incredible journey.

"I have to say, it's very hard to say I am leaving, but it's like... leaving a girl you love; why are we doing that? Why now when we achieve everything in the last two years.

"But now we have an exciting adventure waiting for us and I am also looking forward to this one now. At least we say goodbye in the best way."

Ogier said he and Wilson had developed a special bond in their two seasons together.

"I remember when I said a long time ago that I would like to work with Malcolm some day and now I have done that and you can believe me when I say that this time didn't disappoint me.

"He has such passion for the sport and for everything he does. He does everything at 120% all of the time. 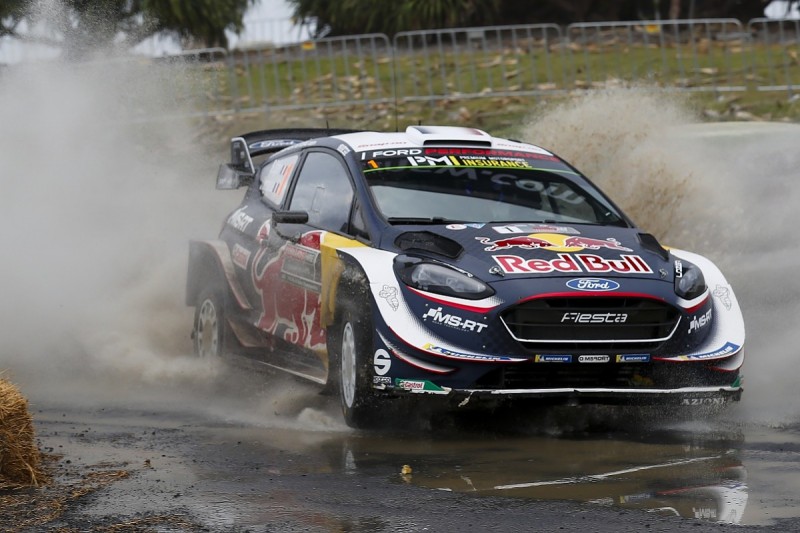 "When there is problem or something that need to be improved or changed, he would do everything he could to fix it.

"Sometimes the budget blocked things, but he was always so determined to give me the best; I can't remember one time when Malcolm said to me: 'No, that's not possible, we can't.'

"Whenever we mention something to make the car better, he said we could do it and we would do it.

M-Sport is yet to settle its driver line-up for 2019 after Ogier's departure.

"We have to rebuild now," said Wilson. "My efforts will now be directed at making the commercial side of this thing stack up.

"But what a story we've written together. Hasn't it been fantastic?

"We've been through this before - now we will build again."