The Toyota driver understeered through a fast left hander and ran wide into a ditch which pitched the GR Yaris into a series of frightening rolls before eventually landing on its wheels.

The car suffered a significant damage in the crash but luckily both Rovanpera and co-driver Jonne Halttunen emerged from the wreckage unscathed. The pair exited the vehicle through the front of the vehicle where the windscreen had been removed in the impact.

Rovanpera had been leading the rally after winning the day’s opening stage by 2.5s from Toyota team-mate Elfyn Evans held in dry but slippery conditions.

However, heading into the second stage Rovanpera was forced to wait at the stage start line due to an unspecified delay. Television cameras captured some raised voices coming from the car as the crew in the #69 car appeared agitated by the delay. 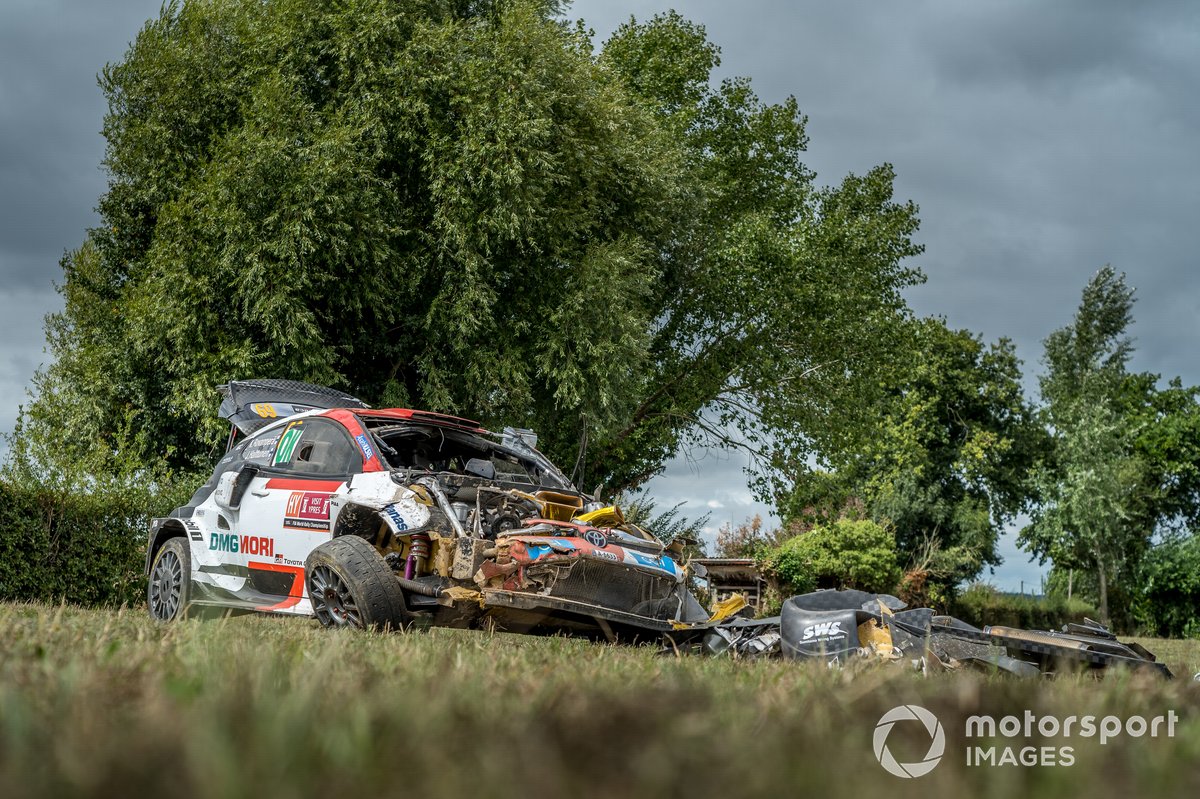 Once underway, Rovanpera completed 9.2km of the the 19.6km test before the the crash occurred. It is unclear at this stage if the car can be repaired to allow the pair to rejoin the rally tomorrow, but the GR Yaris appears to have suffered significant damage.

The crash ends a remarkable run of results for the 21-year-old Finn who has built up a 94 point championship lead over Hyundai’s Ott Tanak.

Up until this point Rovanpera had finished every rally inside the points, recording five wins in the process. His worst finish was fifth place in Sardinia in June. The last time Rovanpera crashed out of WRC event was back in Finland in October last year.

Rovanpera’s demise from Ypres Rally Belgium has handed the lead to Toyota team-mate Evans, who holds a 1.2s advantage over Tanak.

The crews are set to complete eight stages today punctuated by a mid-point service after Stage 4.