Local hero Neuville was embroiled in an enthralling battle with Breen, but after finishing second in the first three stages, a win on the final stage of the loop secured a 0.4s lead as crews returned to service.

Hyundai has employed a “no stone unturned” approach to the event, completing four pre-event test days, and its preparation paid off by winning the opening quartet of stages.

Breen and Neuville, both previous Ypres Rally winners in its former guise as a round of the European Rally Championship, made the most of their experience to tame the fast and slippery asphalt roads, punctuated by several junctions.

Fellow Hyundai driver Ott Tanak ended the afternoon in third overall, after winning the first stage, but is 16.4s adrift having struggled to match the pace of his team-mates.

Elfyn Evans headed Toyota’s charge in fourth overall, a further 0.8s back, while team-mate Sebastien Ogier is sixth after being delayed by a front left puncture on the third stage.

That dropped him behind Estonia winner Kalle Rovanpera, who holds fifth.

However, worse was to befall M-Sport Ford’s Adrien Fourmaux, who retired from the day’s action following a wild spin on stage three. The team’s day went from bad to worse as Gus Greensmith found himself stuck in a ditch after a spin on the final stage of the afternoon, which forced his retirement. 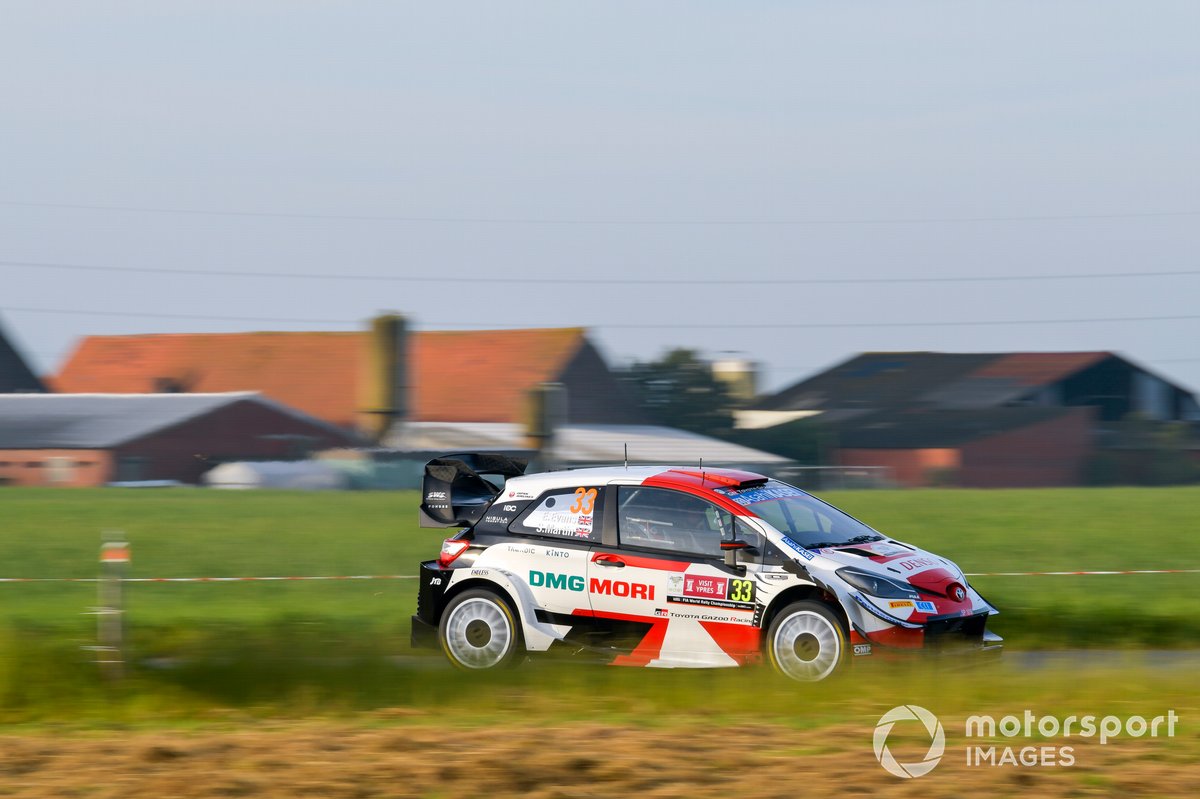 The hard tyre-shod Hyundai trio dominated the opening stage of the rally, recording a one-two-three finish, but it was Tanak who emerged on top rather than expected favourite Neuville.

Tanak made the most of his road position to complete the first 15km test 2.3s faster than home hero Neuville, benefitting from a cleaner surface than the dusty road his team-mate faced.

Breen completed the Hyundai dominance with the third fastest time, just 0.2s slower than Neuville despite a scare on one of the transitions to a concrete road surface.

"I had a huge bang on a concrete lip that I tried to drive around, and it dropped the rhythm because I was sure I had a puncture,” said Breen.

Evans in fourth was the fastest of the Toyotas, all electing for a hard/soft tyre compound mix, but was some 6.4s back with Rovanpera fifth and Ogier sixth.

Neuville produced a blistering effort in the second test but was again denied a stage win by his team-mate, as Breen pipped the Belgian by 0.9s, and took the overall rally lead by 0.7s.

It was an impressive time for Neuville considering he was struggling with his glasses.

"I was fighting like hell with my glasses - they were slipping all the time,” he said. 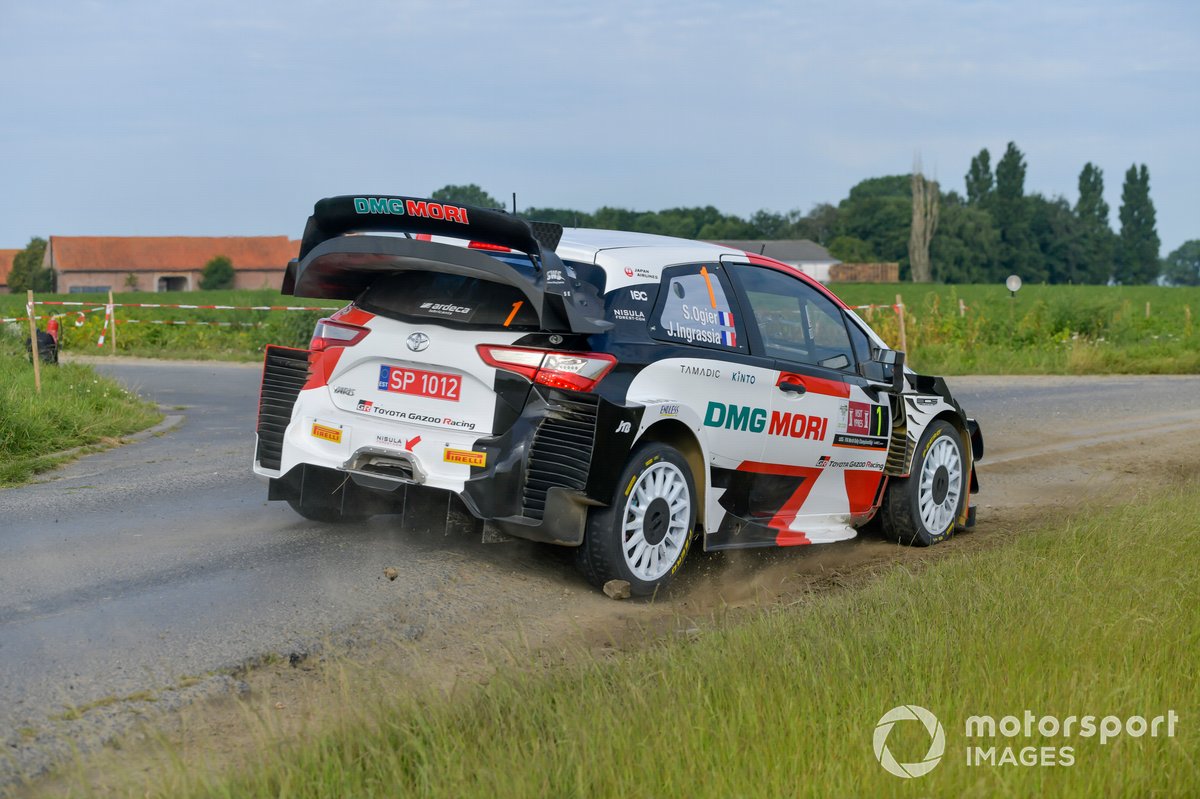 While Breen and Neuville set the pace, opening stage winner Tanak missed a junction and ran wide into a field, which dropped the Estonian to third overall, after losing 9.6s to the leaders.

Evans was once again the fastest Toyota in fourth ahead of Rovanpera, Tanak and Ogier.

Breen continued his pace into the penultimate stage of the loop to claim his second stage win of the day, pipping Neuville again by 0.9s as the thrilling fight between the pair raged.

It would proved to be a an eventful stage as Ogier was hampered by a front left puncture towards the end of the 23.62km test, while Fourmaux lost the rear of his Fiesta on a muddy left-hander that resulted in a crash.

Neuville finally chalked up a win on the final stage of the loop, beating Breen by two seconds.

Tanak found some pace to finish the stage with the second fastest time, ahead of Evans, Breen and Ogier.

In WRC2, M-Sport’s Teemu Suninen leads the class with a 22.7s margin over Oliver Solberg, who is giving Hyundai’s new i20 Rally 2 car its event debut.

The Ypres Rally continues this evening with a repeat of the afternoon stages, beginning at 17:15 BST.