Adrien Fourmaux has been forced to retire from the Ypres Rally after suffering a wild spin on the third stage of the World Rally Championship’s visit to Belgium.

The M-Sport Ford driver lost the rear of his Fiesta in a fast, long, left-hander, resulting in a high-speed crash almost within sight of the finish. Such was the violence of the crash the in-car cameras cut out.

The car eventually came to rest in a ditch at the side of the muddy tarmac road in the 23.62km Kemmelberg stage.

Fourmaux and co-driver Renaud Jamoul emerged from the incident unscathed but the same could not be said for their Fiesta which sustained damage.

As a result, the pair have been forced out of the rally just three stages into today’s run of eight tests. It is unclear if Fourmaux will return to action under restart rules tomorrow.

Fourmaux had been running seventh overall, 8.6s adrift of championship leader Sebastien Ogier before the crash.

“Unfortunately after a spin off the road, Adrien Fourmaux has been forced to retire for today," read a statement from M-Sport on Twitter. 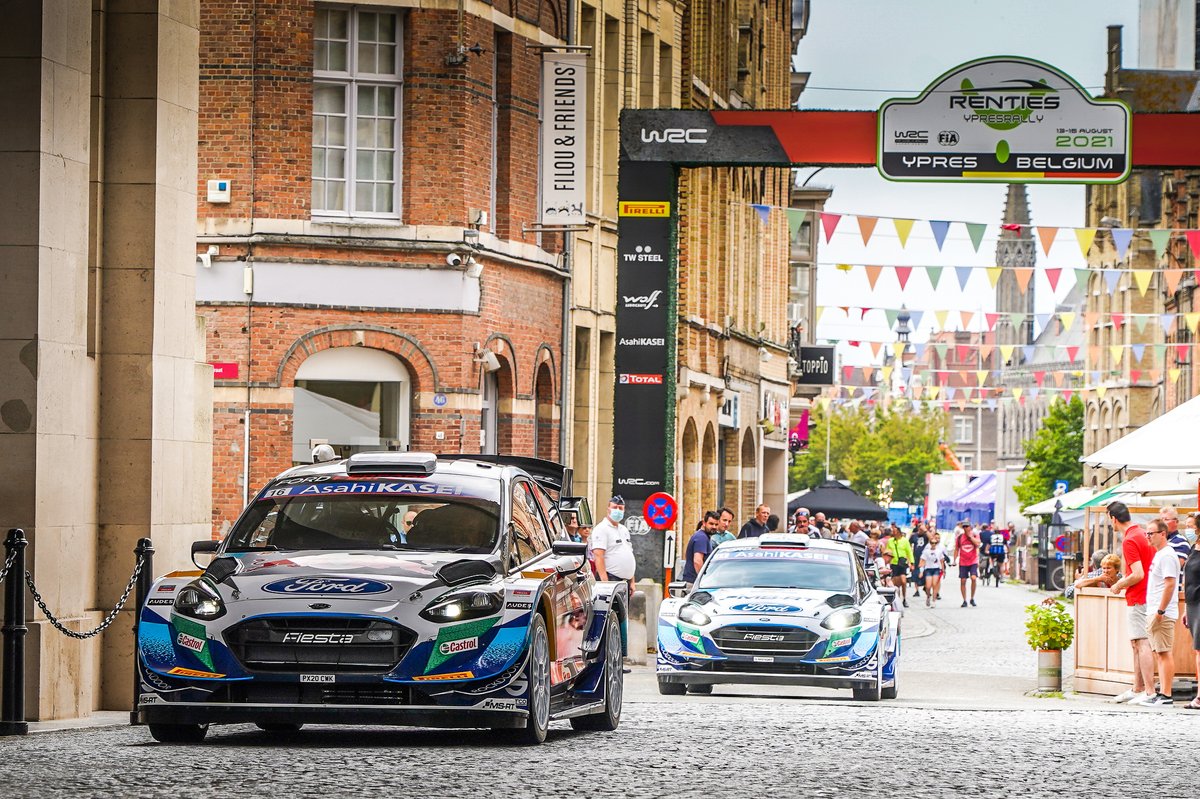 Hyundai has dominated the opening stages with Ott Tanak and Craig Breen sharing the stage wins, while local hero Thierry Neuville has finished second fastest on the trio of tests.

Breen held a 1.6s lead over Neuville after Stage 3 that also provided drama for Toyota’s Ogier.

The seven-time world champion picked up a front left puncture two kilometres from the end but the issue cost the Frenchman valuable time as he attempted to stay in touch with the Hyundai trio.

Crews will return to service after Stage 4 before undertaking a repeat of the afternoon stages this evening to complete the Friday leg of the event.