Mercedes has previously hinted it will take advantage of rules allowing DTM manufacturers to run a one-off seventh car alongside its six regular entries for a guest driver.

Two-time DTM champion Mattias Ekstrom made a farewell appearance at Hockenheim, having decided to quit the series full-time this year, while Alex Zanardi is set to appear for BMW in next month's Misano night races.

Now Ogier is set to become the third high-profile outsider to take part in the DTM at the wheel of a Mercedes-AMG C63 DTM car backed by Red Bull, which also sponsors the Frenchman in the WRC.

DTM rules do not allow guest starts in the final three rounds of the championship, but Mercedes can be granted an exception with the approval of governing body DMSB, as well as rival marques BMW and Audi. This is expected to be a formality. 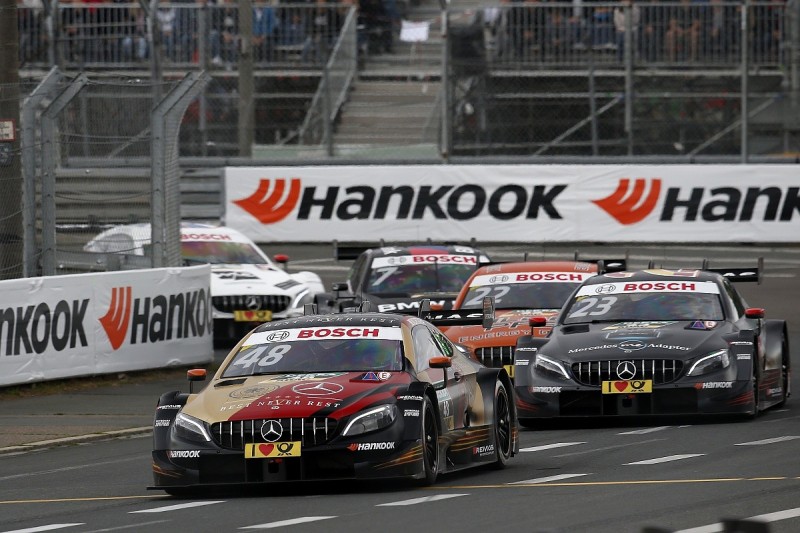 Ogier completed a handful of laps in the Mercedes DTM taxi on Friday in Austria, with his wife Andrea - a TV presenter for German TV station SAT1 - in the passenger's seat.

He also experienced the Audi RS 5 DTM back in 2013, when Ogier swapped his Volkswagen Polo R WRC with Ekstrom ahead of that year's Rally Germany.

The five-time WRC champion is no stranger to circuit racing, having previously made two appearances in Porsche Supercup in 2013 and 2014 as well as one-off showings in the FFSA GT and ADAC GT Masters series.