A Ford Fiesta leads the World Rally Championship with Sebastien Ogier and M-Sport. But that combination will only stay together for 2018 if Ford makes a factory WRC return.

DAVID EVANS is adamant it should do so

My fellow bar-dweller got half the story right.

"Good to see Ford back to its best this year," he offered over a beer.

"Yeah," I agreed, wondering whether to bother.

The thick end of a tenner lighter, I dived in.

"Ford left the World Rally Championship at the end of 2012," I said.

"No. It's the M-Sport World Rally Team now, a private team with some technical assistance from Ford."

"But what about the stickers?"

"Looks can be - and in this case are very - deceiving."

What followed, as well as more beer than was strictly sensible for a school night, was a potted history of how M-Sport had transformed itself from bit-part world rally player a few years ago to standing on top of the world, with the current king at the head of its table.

"So Ford's not paying for Ogier?" 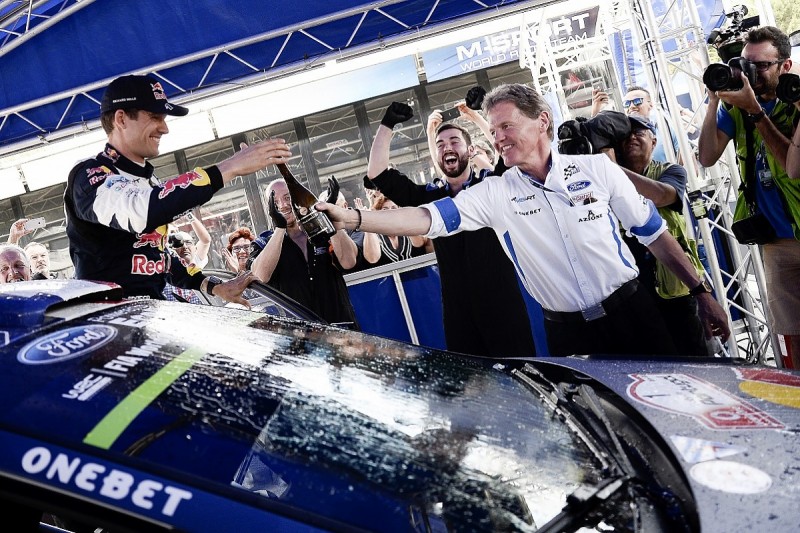 There was genuine bemusement at the megastar Frenchman's salary being met almost entirely by Malcolm Wilson. A cost that came on top of the multi-million pound investment in a 2017 World Rally Car.

The onset of a single malt brought an somewhat hazy explanation of the WRC being M-Sport's shop window.

"Success on Sunday in Sardinia," I said (although my memory of this part of the evening is a touch fuzzy), "means sales of Ford Fiesta R2s and R5s on Monday."

Next morning, I reflected with some surprise at how far folk remain out of touch with the way M-Sport works. It doesn't help that Ford branding remains so prevalent on the factory Fiesta WRCs.

This issue has been brought back into sharp focus by Ogier's desire to stay put at M-Sport next season.

And why wouldn't he want to? He's 18 points clear in the drivers' race - not quite where he was seven rounds in with Volkswagen last season - but he's come to terms with a new team, new car and a new world.

But he'll only stay if Ford comes back to the table.

What Ford offers right now is technical assistance. Don't get me wrong, such help was invaluable in the preparation of Ogier's 2017 machine, but there's nothing like the investment you'd expect for the publicity garnered from such glories. In fact, there's no investment.

On one hand, it's not hard to see Ford's reluctance to put its hand in the corporate pocket: where's the incentive when it's getting all of this for free?

It's no surprise Ford's Dave Pericak wasn't keen to talk turkey when it comes to Ford's WRC budget. 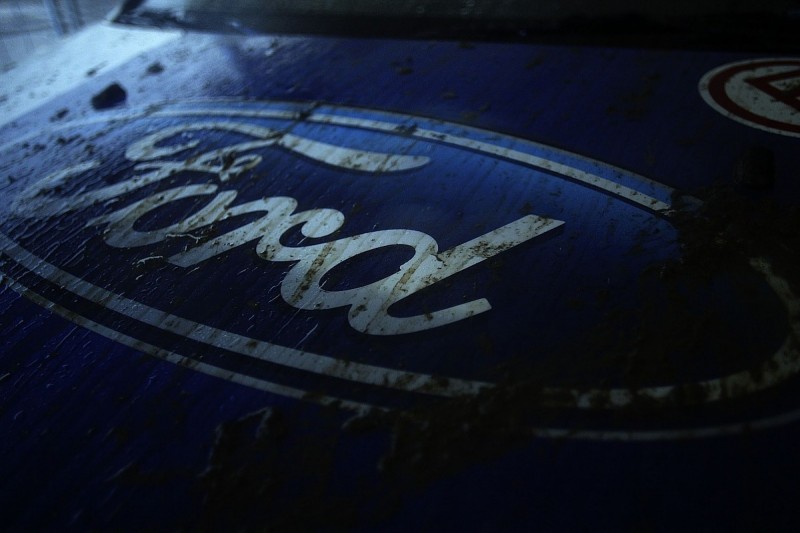 The frustration is that Ford could make so much more out of the WRC. This is a genuine turn-key operation on a worldwide scale. Throw $30million - probably about the cost of one of its NASCAR teams - in Wilson's direction and the Ford World Rally Team would ape Volkswagen global domination for the next four years.

It's that simple. Ogier would commit long-term, the current championship-leading car would evolve into an even quicker motor and Ford could bask in the glory of a job well done. Nobody need know that it's been done by somebody else.

Is it likely? Who knows? There's been a change at the very top of Ford's tree with Jim Hackett replacing Mark Fields as chief executive officer. Bill Ford Jr has described Hackett as a "transformational leader." Fingers crossed he can transform and return Ford to the top of the rallying world.

Without that - or a potential title sponsor waking up to the massive opportunity open with the M-Sport/Ogier partnership - Wilson simply can't bankroll another run next year.

Having laid the foundations for greatness, it would be a travesty if Ford didn't build on them.

This column was originally published on the new website of Autosport's sister publication Motorsport News - which features comprehensive news, report and insight from the British national motorsport and rallying worlds 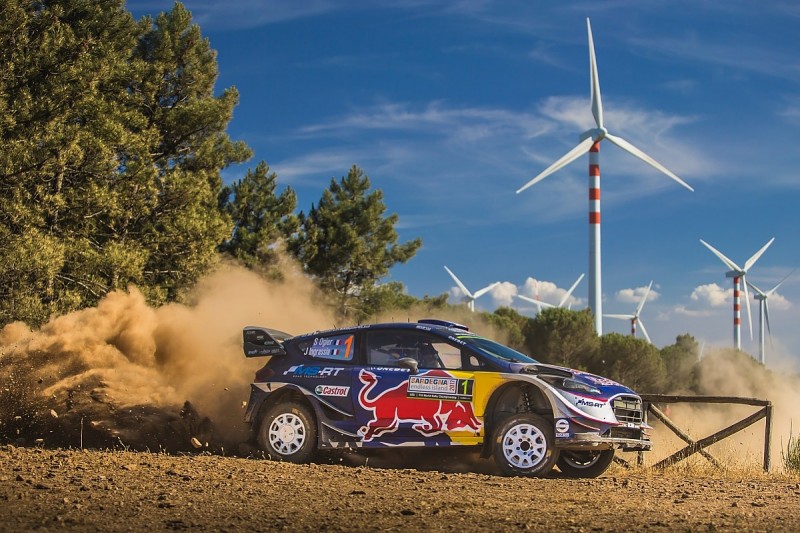