Three Polos caught fire last weekend; two on the Rally Portugal round of the World Rally championship - although Volkswagen said a fire that affected Ole Christian Veiby's car there was unrelated - and another on the Chablais Rally in Switzerland.

Following the firm's investigation into the fires, VW's technical director Francois-Xavier Demaison said the main issue sits with the 'roll-over' valve in the fuel tank.

Demaison has overseen the production of new parts that Volkswagen will start testing on Sunday, with the aim of having a technical update ready for crews to start the next WRC round in Italy just four days later.

"We have the safety valve, the 'roll-over' valve in the fuel cell," said Demaison.

"The breather is there by the FIA regulations, so when you roll, it does not allow the fuel to come out. Then, when we have fuel evaporation, it creates vapour in the tank and this escapes through the valve.

"When you have driving on the stage, acceleration, deceleration cornering and the creation of lateral g, this can get closed because of the fuel coming out.

"This is building pressure in the tank and that, along with the temperature from the [transmission] tunnel is causing the deformation of the fuel tank cover.

"The fuel tank cover is then coming into contact with the propshaft and this starts to smoke and smoulder.

"If you carry on driving, you transfer a lot of heat to the fuel cell and this can make mechanical damage on the tank, then the fuel leaks to the exhaust and that's the problem."

Volkswagen Motorsport director Sven Smeets said the FIA-supplied Total fuel was adding to the vapour in the tank.

"We see the Total fuel has more gas [than other fuels] at certain temperatures," said Smeets. 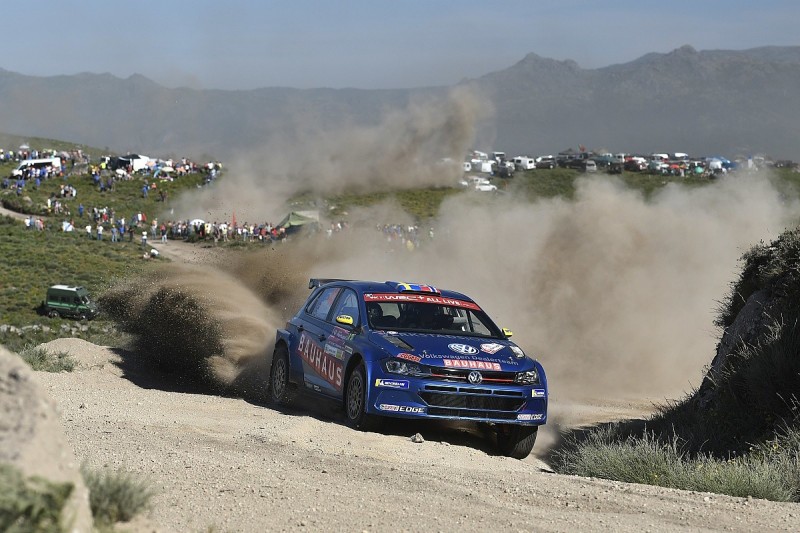 Volkswagen will add a second safety valve into its system, effectively doubling the Polo's capacity to reduce pressure in the tank.

As well as this, the plan is to reinforce the tank cover and exhaust with a steel support, optimise insulation in the area and increase the gap between the exhaust and the tank.

Demaison contacted the FIA with a request for the governing body to look into a further solution.

He added: "In World Rally Cars we have two breather lines [in the tank] and in R5s we have only one.

"This is a tricky one. I already made the request [for a second line for the R5 cars to the FIA], but they are reluctant to change the R5 rules when they have 600 or whatever cars out there.

"But, for safety reasons, maybe they will make it. Other teams can make it, so we should be able to make it.

"A second breather line would allow us to remove the pressure easier in the tank, to take more vapour away.

"We start to test the solution in Fontjoncouse [a rough gravel test centre in south-west France] on Sunday.

"We have designed the parts, made the calculations and now have to test.

Asked if he had seen a downturn in interest in the Polo since the fires, Smeets said: "I have to be very honest and say, until now, nobody has cancelled any car.

"Every customer says we will manage this problem very quickly and they are confident in what is a fast product. So, for the moment not and for this we are very grateful.