The Finn has moved to end speculation surrounding the Japanese firm's 2017 return to the World Rally Championship, reconfirming that Cologne-based Toyota Motorsport GmbH will develop the engine (original TMG Yaris is pictured), while car itself will be built in Finland.

There is potential for the team to move outside of Puuppola to ease the logistics of competing in a world championship in 2017.

Toyota's return to the WRC was confirmed in January this year, but since then the programme has been rife with rumours regarding the involvement of Cologne and Japan.

Four-time world champion Makinen said talk of the car's development being behind schedule were wide of the mark - despite a timeframe that dictates the Yaris WRC will be at the start of the 2017 Monte Carlo Rally in 13 months.

He said: "I understand that this project may have seemed difficult to pull off given the relatively short amount of time we have to set it up.

"However, we have worked hard to build a structured, professional and responsive team.

"The efficiency of the people involved in the project has made it possible to stick to the initial schedule and meet our objectives.

"Obviously, there is a lot of work still to do but we are more than ready for that."

Toyoda said:"When developing a rally car, it's absolutely essential to remember totake the characteristics of the roads into account. You can't just build a car on paper.

"Learning that lesson will really help us make ever-better cars, and it's an area where we can learn a lot from Tommi.

"He's practicing that philosophy every day."

On the subject of the Toyota Gazoo's first test car, Makinen said: "Right now, we are in the process of designing the car.

"Our team of engineers and designers, along with our suppliers, have worked tirelessly to meet the schedule and develop a car that could be a winner.

"Assembly of the Yaris WRC will begin very soon."

The staff of Tommi Makinen Racing has now swollen to more than 40 as the project moves through the gears.

With Makinen as team principal, his countryman Jarmo Lehtinen - former co-driver to Mikko Hirvonen - has been retained as sporting director, while former Subaru engineer Michael Zotos is technical director and ex-M-Sport man Tom Fowler is chief of engineering. 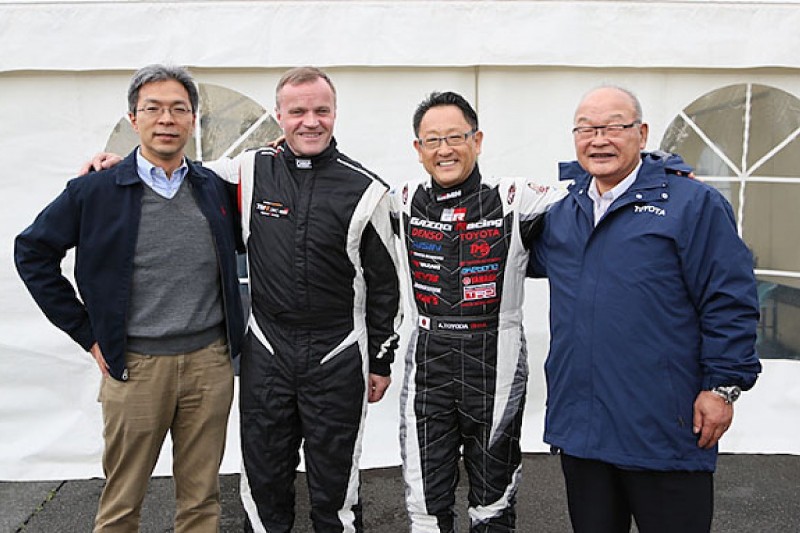