Toyota Gazoo Racing team principal Tommi Makinen has admitted to Autosport that finding drivers for the Yaris WRC his squad is developing through 2016 is becoming increasingly difficult.

"One of the most important areas is in the overall package are the drivers," Makinen told Autosport.

"But now we have to be also realistic that there are not so many for us to chose from.

"Next year would be most probably a compromise for us for the drivers, we have to look at different ideas."

Volkswagen's drivers are all under contract - as is Citroen star Kris Meeke, who turned Makinen's offer of a drive down to stay with the French firm. Champion Sebastien Ogier declined a Toyota offer last August.

Neuville has already said he sees his future with Hyundai, leaving Norwegian Ostberg in pole position for a Toyota seat but Makinen open to leftfield options such as past champions.

"We know Petter is a world champion and a fast driver."

Asked directly if it was possible Solberg could test the Yaris this year, Makinen replied: "Why not? Why not? I don't know.

"He is running his rallycross team and doing the championship again, but maybe something is possible."

Solberg has already announced his intention to defend his World Rallycross title this year. Beyond that, he has nothing confirmed.

"There are some different options for next season," Solberg told Autosport.

"There's no doubt the future for rallycross is exciting and some of the options we have in this championship are really interesting.

"But maybe there is still some unfinished business in the WRC.

"It's interesting to talk to Tommi and to hear about the big plans Toyota has."

Makinen has yet to open discussions with Loeb, despite speculation that the Frenchman's representatives have visited the Toyota team boss in Puuppola.

"I haven't seen or spoken with Sebastien yet," said Makinen.

"There are a lot of rumours around, but so far I haven't done anything.

"If Sebastien would be interested to do something then of course I want to talk to him.

"We know he is one of the best drivers ever and still doing very well and continuing to drive."

In the short term, Mikko Hirvonen is expected to complete the early testing of Toyota Gazoo's Yaris WRC. 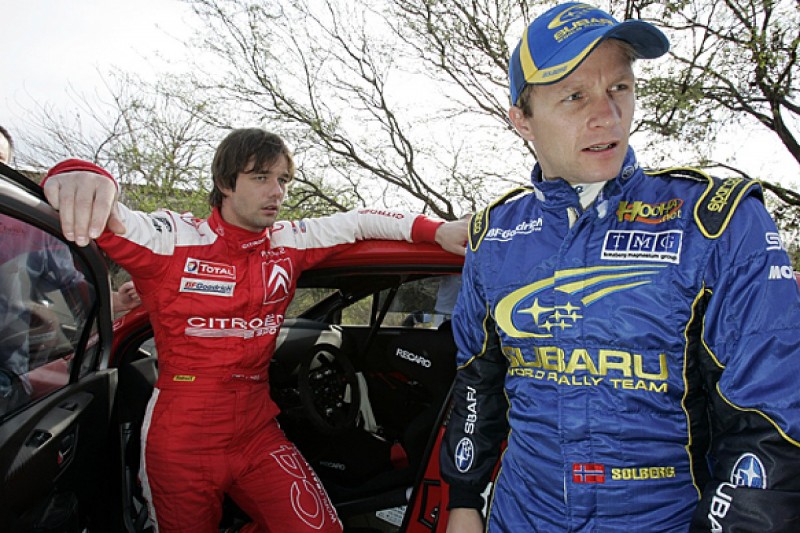 Hyundai begins testing new R5 for WRC2, and Toyota plans one too