Current M-Sport driver Tanak will join Jari-Matti Latvala and Esapekka Lappi in 2018, leaving Juho Hanninen out in the cold.

Hanninen is also expected to miss the final round of this year's series in Australia, with his co-driver Kaj Lindtsrom taking up his new role as sporting director with the team at the Coffs Harbour event.

Toyota's Tommi Makinen said two-time WRC event winner Tanak had been identified as the driver he wanted early this season.

Makinen said: "We're delighted to have secured the services of Ott, having had our eyes on him for a while.

"He represents the perfect blend of youth and experience, together with the right sort of mental attitude that means he will fit into our team very well.

"Like the Yaris WRC, Ott has exceeded all expectations this year, so I'm sure it will be a strong partnership with both speed and consistency on all surfaces.

"I would like to express my thanks and appreciation for everything that Juho has done for us.

"He will always be a member of our family and has played an important part in taking us to where we are today."

Tanak was dropped from the main M-Sport team twice, but has bounced back with his strongest WRC season ever in 2017.

He goes to M-Sport's home round in Wales next week with a chance to help his current employer lift the manufacturers' title, and retains an outside chance of the drivers' title - he currently sits 37 points adrift of Sebastien Ogier with two rallies remaining. 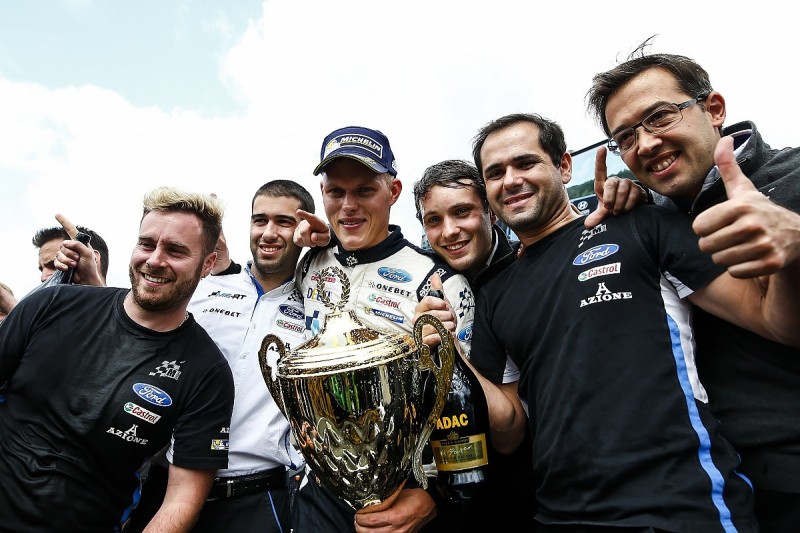 "It is with a heavy heart that the team say goodbye to Ott and Martin who have been such an important part of our success this year," said Wilson.

"There's arguably been no other driver who I have put as much faith in - or given as many chances - but I recognised his potential straight away.

"He has always been quick. From the moment he first came to my attention there was no doubting his speed, and in recent years he has developed into the full package - a rally winner and a potential championship contender.

"It's not easy to say goodbye, but it's time for Ott to experience pastures new and we wish both him and Martin the very best for the future.

"Until then, there remain two very important events and I know that Ott and Martin will be giving their all to end their time with the M-Sport family on a high."