The Yaris was victorious on seven of the 13 World Rally Championship events in the first year of the hybrid Rally1 regulations and scooped both the manufacturers’ crown and drivers’ title with Kalle Rovanpera.

Autosport readers have voted the Yaris the best rally car of 2022, ahead of its WRC rivals the Ford Puma Rally1 and Hyundai i20 N Rally1, and the Dakar Rally-winning Toyota GR DKR Hilux. It is the fourth consecutive time Toyota has taken the Award.

Toyota’s success was announced on 4 December at the Autosport Awards at Grosvenor House on Park Lane.

The Award was presented to Toyota's Keiichi Kondo by Robert Reid, the 2001 WRC title-winning co-driver and FIA Deputy President for Sport.

Previous winners of the illustrious accolade, which was one of the first Autosport awards introduced in 1982 and is open to rally cars competing from international to national level, include the Audi Quattro, Group B Peugeot 205 T16, Lancia Delta HF Integrale, Subaru Impreza and Mitsubishi Lancer.

PLUS: The Group B pioneer that transformed rallying 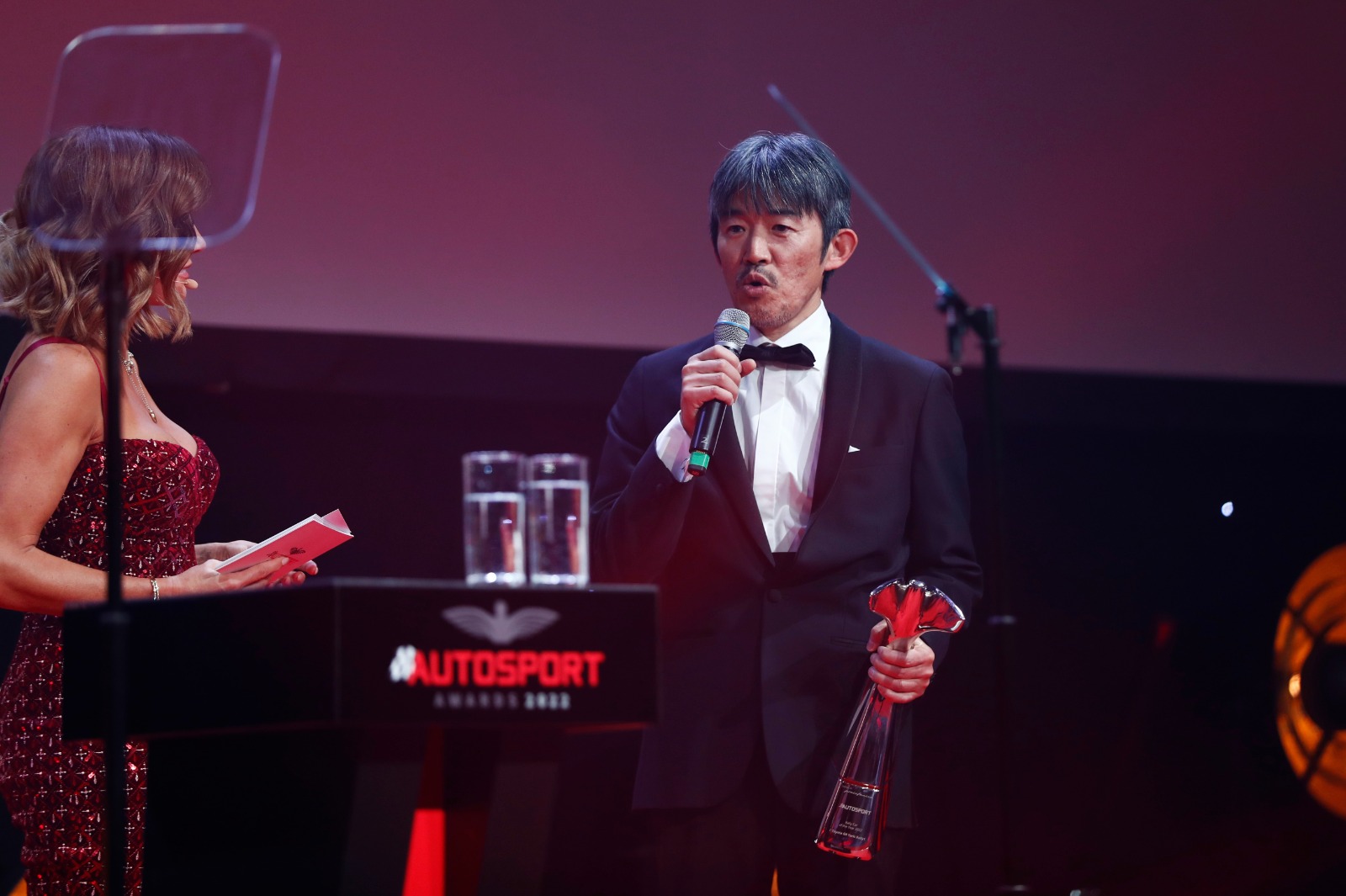 Keiichi Kondo accepts the award for Rally Car of the Year