Homologation regulations stipulate the team must take a backwards step with the engines in the Yaris WRCs of Ott Tanak, Jari-Matti Latvala and Esapekka Lappi for the first WRC event to be held in Turkey since 2010.

Team principal Tommi Makinen explained to Autosport: "When you fit the new homologation joker, for us that's the engine, to the chassis then you cannot take the new engine to an old chassis and our chassis is paired [with Sardinia].

"This means we run the old cars in Turkey."

Tanak, who has won the previous two rallies and is third in the drivers' standings, said the new engine featured improved torque and acceleration.

Asked how much having to revert to the previous specification would slow his drivers, Makinen replied: "It's not so bad. It's just the question for the regulation.

"I don't know where this rule is coming from, it's very, very complicated regulation which is not really helping anybody." 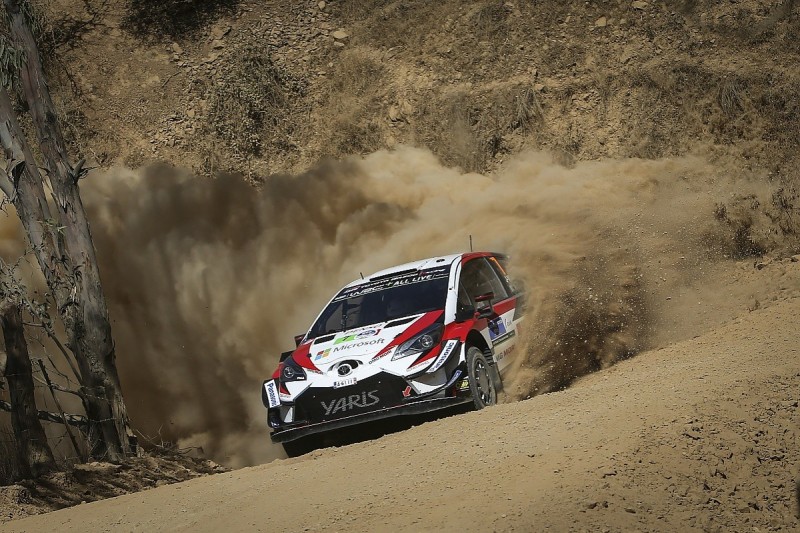 Makinen added that Toyota has also worked hard to rectify the overheating issues that plagued the Yaris in Mexico earlier this year.

Temperatures in Turkey are expected to be similar to those experienced on the Leon-based Rally Mexico in March.

"As you will have noticed, we had some issues in Mexico," said Makinen.

"I hope these will be sorted out for Rally Turkey. This will be good for our confidence."

Tanak still not comfortable with Toyota Yaris despite WRC wins