The Korean marque endured a day to forget as all three of its drivers struck trouble during Saturday’s five stages, leaving only two cars remaining to fight for the minor points paying positions.

After starting the day in fifth, Tanak was forced to retire from the action following an eventful morning loop of stages where he suffered two punctures and a crash.

The 2019 world champion, carrying only one spare tyre, suffered a left rear puncture on the first stage, which left him vulnerable, and then a decision to run slicks on the snow and ice of Sisteron proved his undoing.

Tanak slid on the ice into a bank damaging the front of his i20 N before then picking up a front right puncture once he got going again. The issues were made worse given crews were without a midday service to repair the cars as per the Monte Carlo Rally format.

After assessing the car once back in the service on Saturday evening, the team confirmed Tanak would be unable to continue.

“The puncture on the first stage was one of those things that happen," said Tanak.

“We continued but with no spare tyre left we had to keep things as tidy as possible. Unfortunately, in the final stage on the icy conditions, we made a very small, but ultimately costly mistake.

“We picked up some damage and that was it. We were leaking coolant and the engine was overheating so we had to stop the car on the road section.

“Unfortunately, we won’t be able to continue tomorrow but we are committed to learning from this challenging weekend to build for the rest of the season.”

“It was a common decision,” Moncet told Autosport. “I would say it was 50:50 but it was a risky choice but a calculated one, but unfortunately it did not pay off. 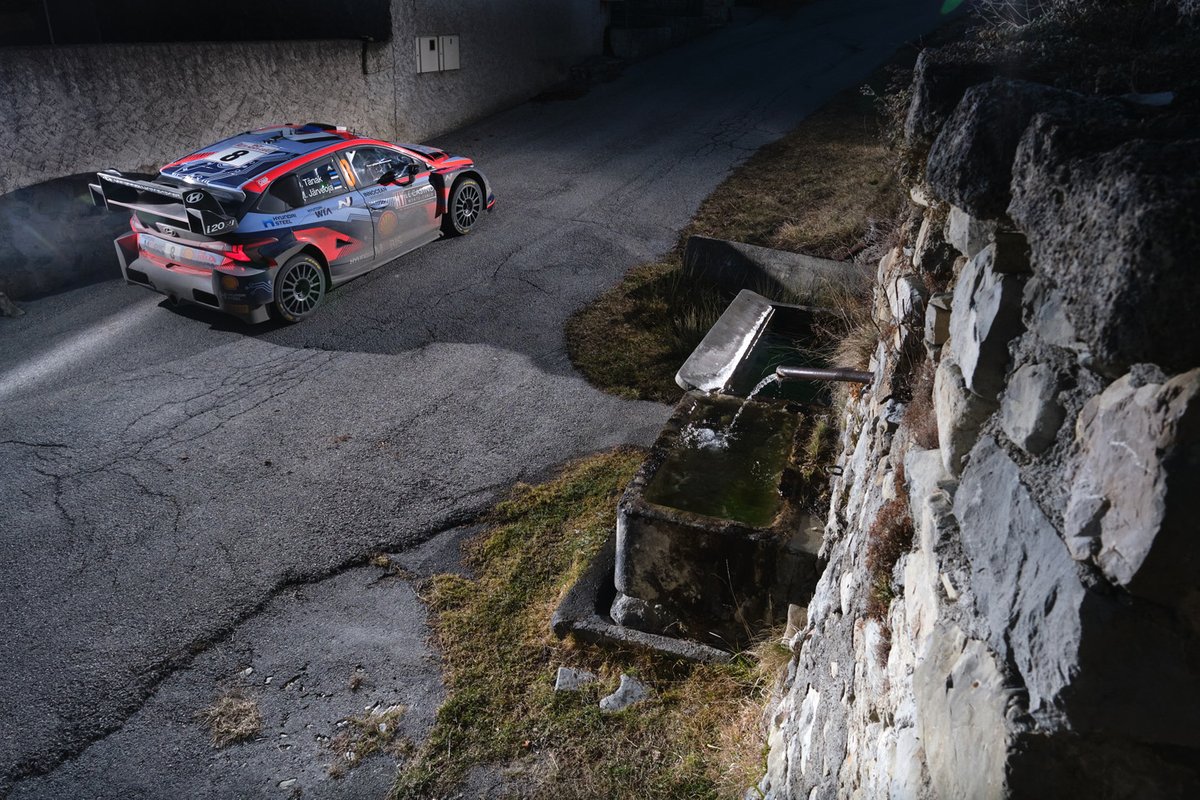 “It has been a tough day and obviously not the results we were expecting when we started this morning after the encouraging day yesterday.”

Hyundai’s fortunes worsened as fourth-placed Thierry Neuville suffered a front right damper issue that forced the Belgian to a crawl and ultimately a roadside repair with use of cable ties.

The third entry piloted by Oliver Solberg was also involved in an off-track excursion that was caused in part by the 20-year-old's loss of concentration due to exhaust fumes entering the cockpit.

Solberg had been battling the problem on Friday revealing that he was feeling dizzy and had pains in chest. Hyundai attempted to fix the issue overnight but the problem continued on Saturday.

The team monitored the situation closely but Solberg and the team agreed to continue. Moncet confirmed that they will attempt to find another fix for tomorrow.

“We were asking him, it is not a one-way decision, we worked together on this one because we are not sitting in the cars,” he added.

“We have done everything we can to be as healthy as possible,” said Solberg when asked how he was feeling after returning to the service park.

“I’m still feeling a bit dizzy and it is not straight on point, but it is okay.”