Ott Tanak has been handed a 10-second penalty for failing to drive his Hyundai i20 N in electric mode during a prescribed electric-only zone at Rally Estonia.

The Hyundai driver was found to have breached the new-for-2022 World Rally Championship sporting regulations on his way to the event's first time control.

Following the introduction of new hybrid Rally1 cars this year, crews are required to drive in electric mode only in designated HEV (hybrid electric vehicle) zones that have been introduced at rallies this season.

Tanak was found to be using his internal combustion engine on his i20 N during a HEV zone on the way to the  Stage 1, which has resulted in a 10s penalty.

As a result, the Estonian has dropped from being 12.5s adrift of rally leader Elfyn Evans (Toyota) to third behind Evans’s team-mate Kalle Rovanpera. Tanak is now 22.5s in arrears heading into Friday afternoon's stages.

Hyundai team manager Pablo Marcos was summoned to a hearing this morning where a stewards report revealed that Tanak’s co-driver Martin Jarveoja was “doubtful whether to switch to HEV mode at box 18 on page 56 of Road Book Part 1 due to an uphill slope after the car wash.” 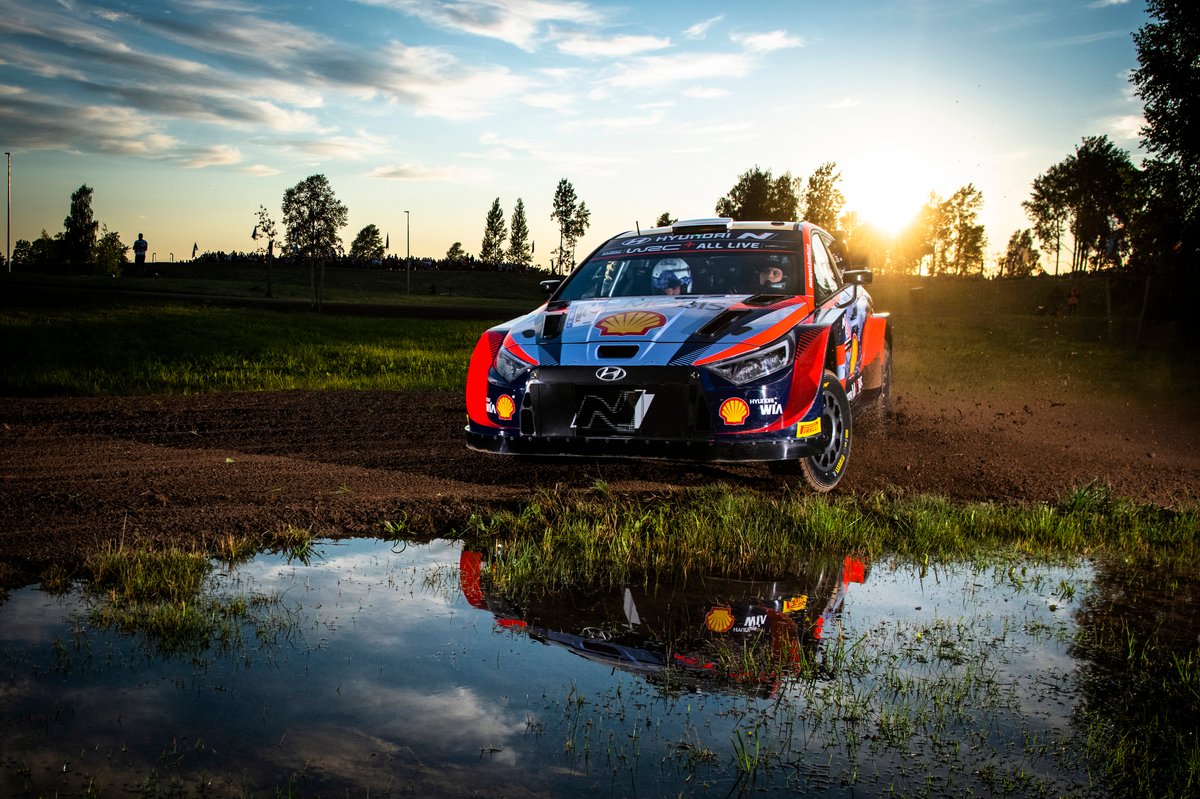 Jarveoja did not inform the team manager and the car was only switched into electric mode once they had reached the TCA1 time control.

The stewards summary also states that, according to a report from the FIA technical delegate, no technical problem was reported by the team, and that hybrid kit suppliers Compact Dynamics confirmed “there was no technical issue” with the hybrid unit.

Prior to the penalty being applied, Tanak admitted in the media zone that he was driving “quite on the edge” to keep himself in the hunt with Toyota’s of Evans and Rovanpera.

“The Toyotas are very strong so they are doing very well, and in the current shape we have, we are not capable to catch them," said Tanak. “But let’s see, we will keep pushing.”

Shortly after the confirmation of the penalty, M-Sport's Craig Breen was hit with an identical sanction. The Irishman has already retired from the day's action, so the 10s will be added to his time when he restarts on Saturday.

Rally Estonia continues this afternoon with a second pass through the four stages held this morning.