The 2019 world champion produced an against the odds performance to defeat rally favourite Kalle Rovanpera and a fleet of Toyotas to end the Japanese manufacturer’s run of winning every Rally Finland since rejoining the championship in 2017.

Tanak admitted he had to be in maximum attack mode for the entire rally, since assuming the lead on Friday morning to ultimately beat Rovanpera by 6.8s at the Finn’s and the Toyota WRC team’s home event.

The victory arrived just two weeks after Tanak finished almost two minutes adrift of winner Rovanpera on similar gravel stages in Estonia, that highlighted a lack of outright pace from the i20 N compared to the GR Yaris.

Asked if this was the most satisfying victory from his 16 WRC wins, he said: “That is true. It is very satisfying. It is a very special moment.

“Mentally it was actually never easy, there was always quite a lot of pressure from behind. We had some very strong competitors coming from behind. Finns and Toyota is not an easy package to beat.

“In many places it was quite sketchy and it was never fully under control but when you are in the zone you do everything you can and more.

“I never even thought about being competitive for the victory after Estonia when we lost the rally by almost two minutes. 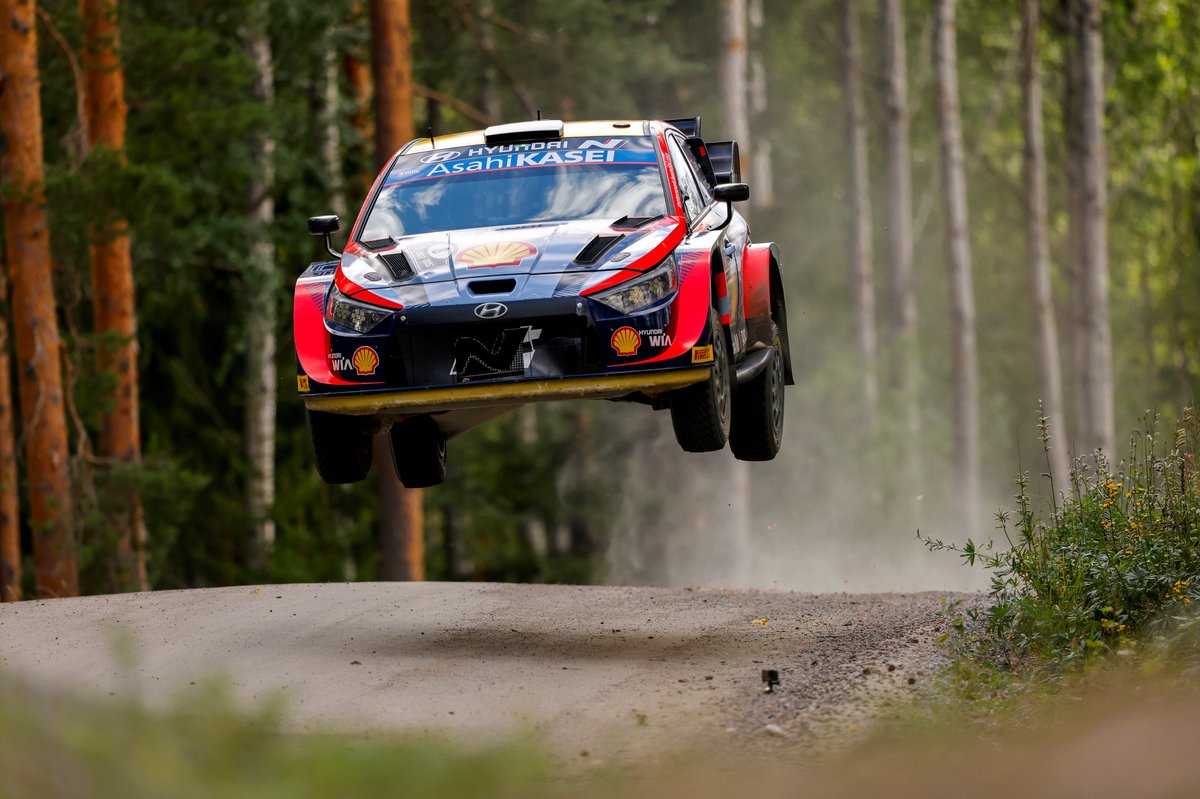 “We didn’t think we would have any chance to be competitive here, so it has taken us by surprise.”

The victory was Tanak’s third Rally Finland win after scoring back-to-back triumphs in 2018 and 2019 when driving for Toyota.

"This one is the first time we have won in Finland and we have had nine years in WRC, and it has always been very difficult for us here. It is a relief. We came here with not so much expectation and perhaps no expectation at all.

“We know we have a lot of work to do, but Ott did an absolutely amazing race and is mostly responsible for the result.

“I think somehow he got the manual of how to use our car and when everything comes together he is unbeatable. Only Kalle and Ott are on this different level.”