Ott Tanak has been fined for failing to wear a Pirelli branded cap issued by the World Rally Championship during Rally Estonia’s post-event proceedings.

The Hyundai driver has been slapped with a €4000 fine, of which €3000 is suspended, for breaching sporting regulations after finishing third at his home WRC round.

Drivers are required to wear a Pirelli branded cap when on the podium and during the post-event press conference.

Tanak was found to have breached the regulations after failing to wear the cap during the podium held after the rally-ending powerstage, the final podium held in the rally’s host city Tartu, and during the post-event press conference.

This sanction followed a challenging rally on home soil for four-time Rally Estonia winner Tanak, who was unable to match the pace of the front-running Toyotas of rally winner Kalle Rovanpera and Elfyn Evans. Tanak finished the rally 1m55.7s behind Rovanpera.

Tanak initially defended his actions in a stewards hearing before video and photographic evidence was provided to contradict his statement.

The stewards also stated that Hyundai had already been issued a warning for a similar breach after last year’s round in Spain. 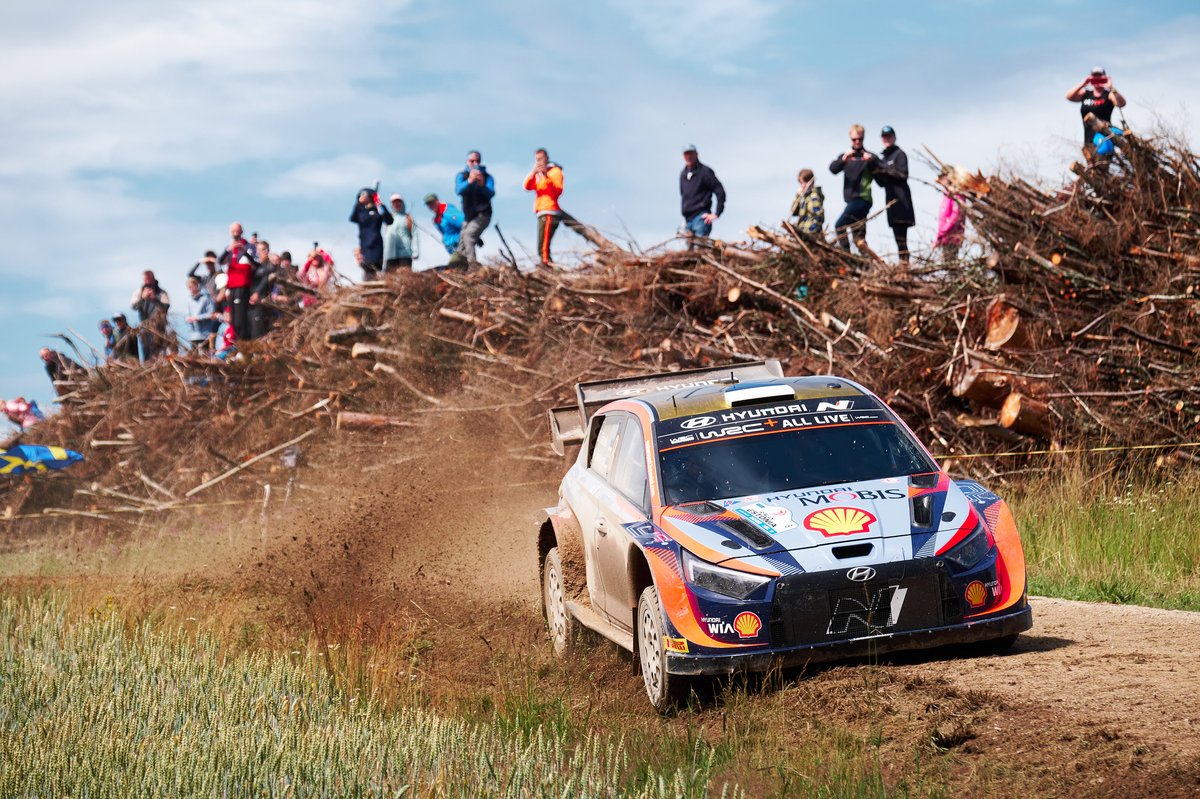 The stewards' report read: “A hearing was held on Sunday 17th July 2022 at 1800, in the presence of driver Ott Tanak and team manager, Pablo Marcos.

“The driver stated that during the podium after the powerstage, he had removed the cap only after the champagne spray because the cap was totally wet and the outside temperature was low.

“Furthermore, when in Tartu at the final podium, he was wearing the cap and he had removed it during the national anthems but had not worn it again for the same reasons.

“After further investigations, the stewards held a second hearing on Sunday 17th July 2022 at 1940 with Mr Pablo Marcos.

“The stewards showed the video footage of the powerstage podium available on WRC+ and other pictures taken at the final podium in Tartu.

“This evidence clearly showed that Mr Tanak was not wearing the cap neither before the champagne spray nor after it on both podiums and that his statement made in the first hearing was not correct.

“Furthermore, the driver attended the post-rally press conference, which was held inside the HQ, also without the cap.

“The stewards concurred that this incident had a negative impact on the commercial rights of the WRC.”