Hyundai World Rally Championship driver Oliver Solberg says he was in "very bad shape" after inhaling exhaust fumes on the Monte Carlo Rally, but thinks positives can be taken.

The 20-year-old was forced to retire from last weekend’s WRC season opener on Sunday after both he and co-driver Elliott Edmondson were taken ill, having been subjected to exhaust fumes coming into their i20 N for two days.

Hyundai attempted to fix the problem on Friday but it continued on into Saturday, contributing to Solberg losing concentration and running off the road on Stage 9. It is understood the team was able to make progress in fixing the issue ahead of Sunday, but elected to withdraw the car.

Solberg has confirmed in his post event vlog that he visited a hospital on Sunday as a precaution before being discharged, declaring himself “fine” after the incident.

PLUS: How Monte masters stole the show as WRC's hybrid era blasted off

Despite a tough start to life as a factory Hyundai WRC driver, the Swede says he’s learned a lot from the experience.

“We were not in a shape to continue,” said Solberg.

“It was quite tough conditions and me and my co-driver felt bad after the stage, so we did not want to take the risk to continue.

“The team basically decided to pull us out, so we went back to Monte Carlo to relax.

“We went to the hospital and did some checks and everything was fine. It has been a very tough weekend and a long weekend.

“On Saturday night we were in a very bad shape so we just need to be careful for a few days. 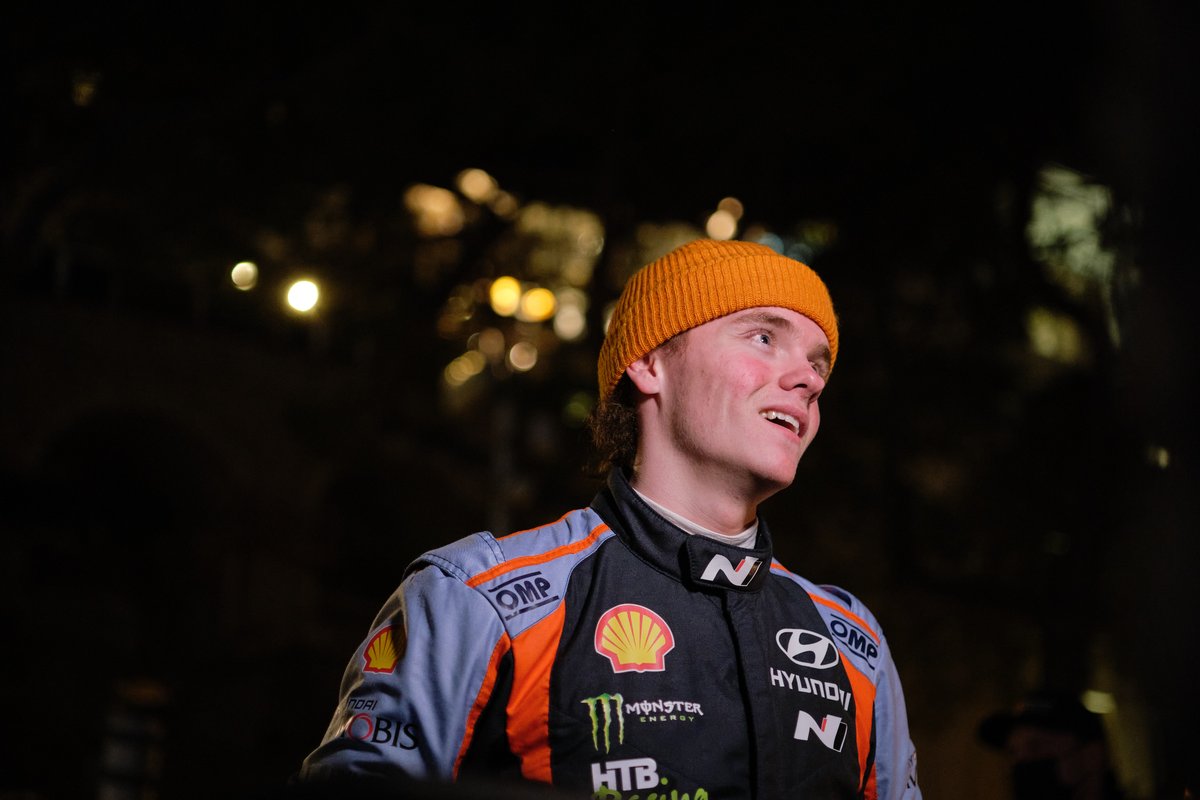 “It has been a positive weekend in many ways and very important for the team and an important weekend for me.

“We have learned a lot and experienced a lot and we have a lot to take from this event with some good splits and good stage times, so there is always some positives to take.”

The fume issue for Solberg was one of a series of reliability concerns for Hyundai during a disappointing start to the new Rally1 era, where only one of its three entries finished, with Thierry Neuville sixth.

The team has vowed to undergo a complete review of its Monte Carlo performance in order to improve its i20 N ahead of next month’s Rally Sweden.

“We are just not where we would like to be,” deputy team director Julien Moncet told Autosport.

“We are here to win and it is quite disappointing. Nevertheless we have learned a few things, as it was the first time we were able to measure our car against our competitors.

“We have seen that when the car is running trouble free the performance is there, so this is something positive.

“One car finished, we won one stage, but we know we have to work even more and push even more.”