The Norwegian, who beat Sebastien Loeb to the 2003 WRC title, will get back behind the wheel of a WRC-spec Citroen C3 on the closing 4.28-mile Sassari test using Pirelli's freshly-developed Scorpion KX rubber.

The 45-year-old, also a two-time World RX champion, will be navigated by three-time WRC event winner Andreas Mikkelsen after he was recruited by Pirelli to lead its research and development programme ahead of its WRC return next season.

Pirelli will take over from Michelin as the official tyre supplier to the WRC in a deal that starts next year and runs until the end of 2024.

It previously held the position from 2008 to 2010 before turning its back on the WRC, choosing instead to focus its resources on Formula 1.

On the Thursday of Rally Italy, former Hyundai and Volkswagen driver Mikkelsen will hand a number of guests passenger rides in the car as part of an exercise to demonstrate the KX compound's potential.

Solberg confirmed that he would be debriefing Pirelli's engineers after the penultimate round of the WRC.

"I have already given my opinion and some suggestions to the Pirelli team and for sure I will do the same again in Sardinia," he told Autosport.

"They have already done a good job [with developing the tyres], but I think that any additional professional comment can be useful [with making any improvements]. 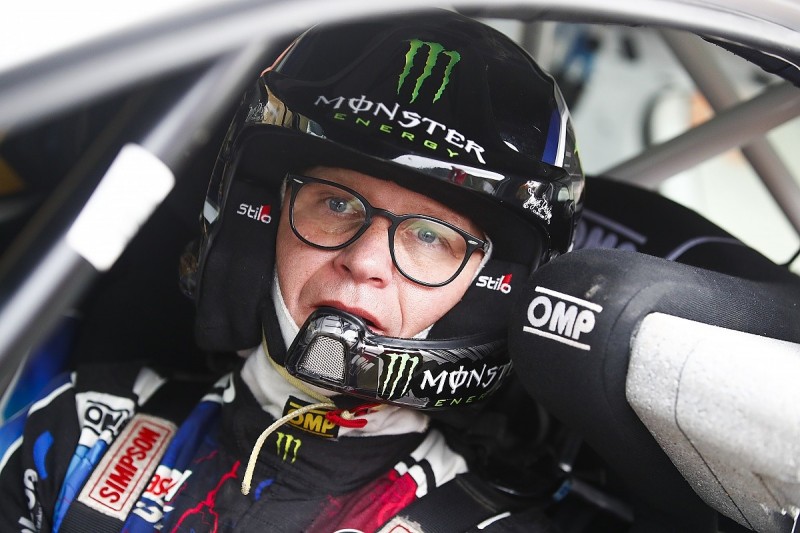 "Pirelli's World Rally Car will not be the first current generation car I have driven; I've already tasted a Volkswagen Polo WRC and it was amazing.

"But of course, an official race is something different and Sardinia is always a challenging place to drive.

"We won't go too fast but for sure it will be a great show."

Solberg - who had retired from top-flight motorsport after his victorious WRC2 outing in a Polo R5 on last year's Wales Rally GB - has a long-standing relationship with Pirelli after using the tyres for most of his lengthy stint at Subaru, then with his own team in 2010-11.

His son Oliver has also enjoyed success on its rubber in the European Rally Championship.

PLUS: How a legend said farewell to the WRC

"As our ambassador, Petter has driven on all of our tyres since 2000," said Pirelli's rally activity manager Terenzio Testoni.

"We think he will be able to appreciate what we have done for next year and give us some feedback."